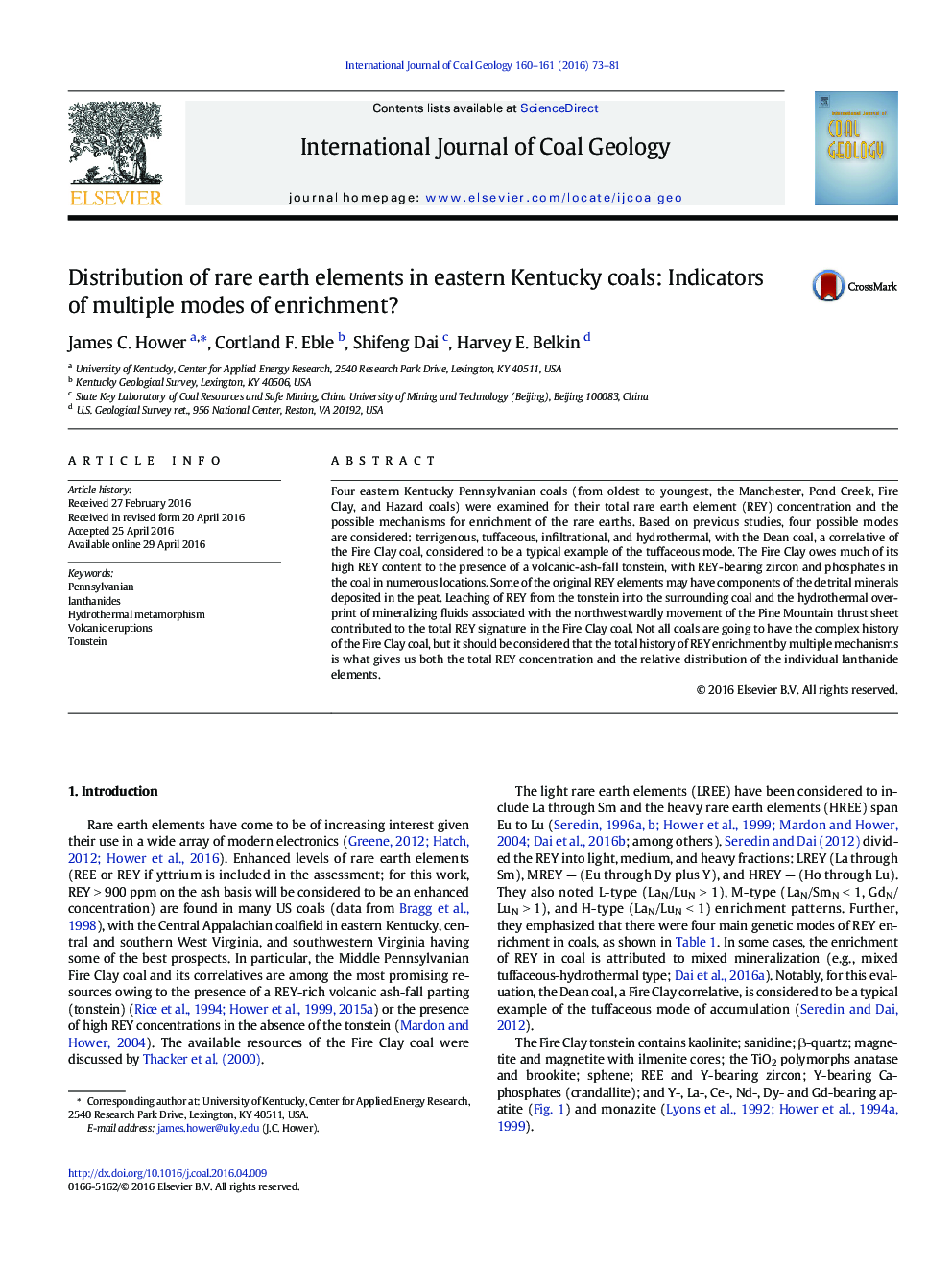 Four eastern Kentucky Pennsylvanian coals (from oldest to youngest, the Manchester, Pond Creek, Fire Clay, and Hazard coals) were examined for their total rare earth element (REY) concentration and the possible mechanisms for enrichment of the rare earths. Based on previous studies, four possible modes are considered: terrigenous, tuffaceous, infiltrational, and hydrothermal, with the Dean coal, a correlative of the Fire Clay coal, considered to be a typical example of the tuffaceous mode. The Fire Clay owes much of its high REY content to the presence of a volcanic-ash-fall tonstein, with REY-bearing zircon and phosphates in the coal in numerous locations. Some of the original REY elements may have components of the detrital minerals deposited in the peat. Leaching of REY from the tonstein into the surrounding coal and the hydrothermal overprint of mineralizing fluids associated with the northwestwardly movement of the Pine Mountain thrust sheet contributed to the total REY signature in the Fire Clay coal. Not all coals are going to have the complex history of the Fire Clay coal, but it should be considered that the total history of REY enrichment by multiple mechanisms is what gives us both the total REY concentration and the relative distribution of the individual lanthanide elements.