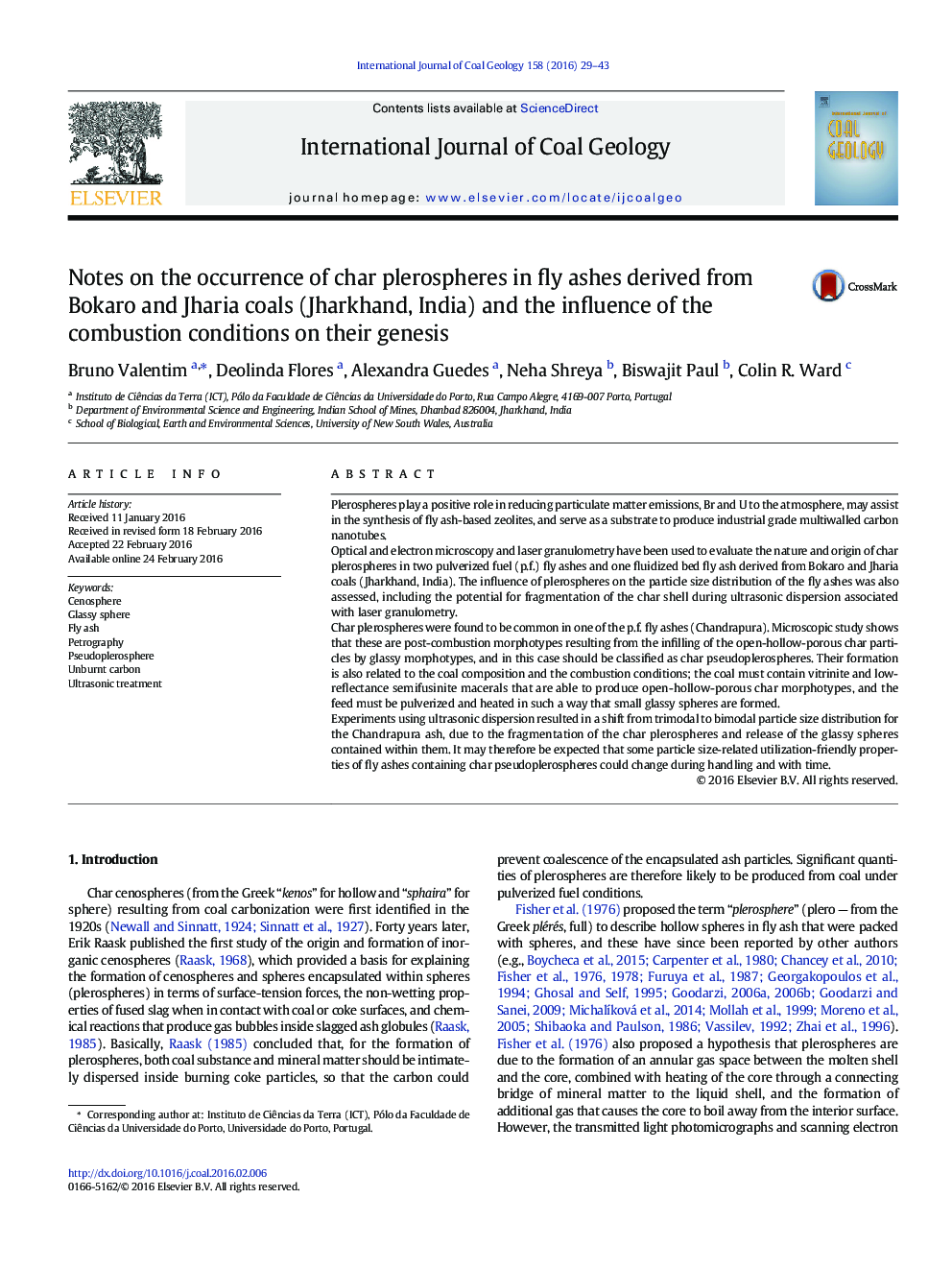 Plerospheres play a positive role in reducing particulate matter emissions, Br and U to the atmosphere, may assist in the synthesis of fly ash-based zeolites, and serve as a substrate to produce industrial grade multiwalled carbon nanotubes.Optical and electron microscopy and laser granulometry have been used to evaluate the nature and origin of char plerospheres in two pulverized fuel (p.f.) fly ashes and one fluidized bed fly ash derived from Bokaro and Jharia coals (Jharkhand, India). The influence of plerospheres on the particle size distribution of the fly ashes was also assessed, including the potential for fragmentation of the char shell during ultrasonic dispersion associated with laser granulometry.Char plerospheres were found to be common in one of the p.f. fly ashes (Chandrapura). Microscopic study shows that these are post-combustion morphotypes resulting from the infilling of the open-hollow-porous char particles by glassy morphotypes, and in this case should be classified as char pseudoplerospheres. Their formation is also related to the coal composition and the combustion conditions; the coal must contain vitrinite and low-reflectance semifusinite macerals that are able to produce open-hollow-porous char morphotypes, and the feed must be pulverized and heated in such a way that small glassy spheres are formed.Experiments using ultrasonic dispersion resulted in a shift from trimodal to bimodal particle size distribution for the Chandrapura ash, due to the fragmentation of the char plerospheres and release of the glassy spheres contained within them. It may therefore be expected that some particle size-related utilization-friendly properties of fly ashes containing char pseudoplerospheres could change during handling and with time.