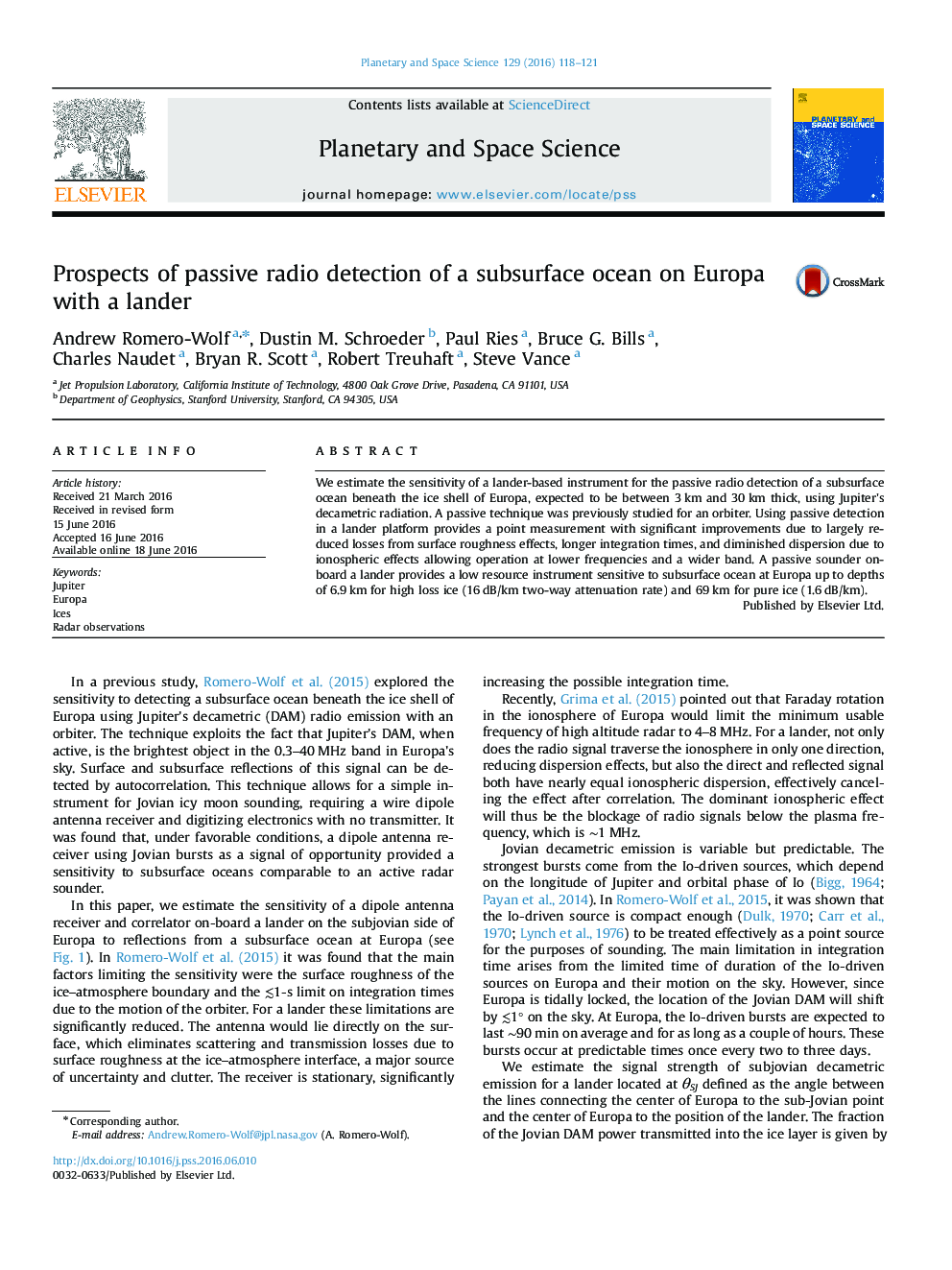 We estimate the sensitivity of a lander-based instrument for the passive radio detection of a subsurface ocean beneath the ice shell of Europa, expected to be between 3 km and 30 km thick, using Jupiter's decametric radiation. A passive technique was previously studied for an orbiter. Using passive detection in a lander platform provides a point measurement with significant improvements due to largely reduced losses from surface roughness effects, longer integration times, and diminished dispersion due to ionospheric effects allowing operation at lower frequencies and a wider band. A passive sounder on-board a lander provides a low resource instrument sensitive to subsurface ocean at Europa up to depths of 6.9 km for high loss ice (16 dB/km two-way attenuation rate) and 69 km for pure ice (1.6 dB/km).