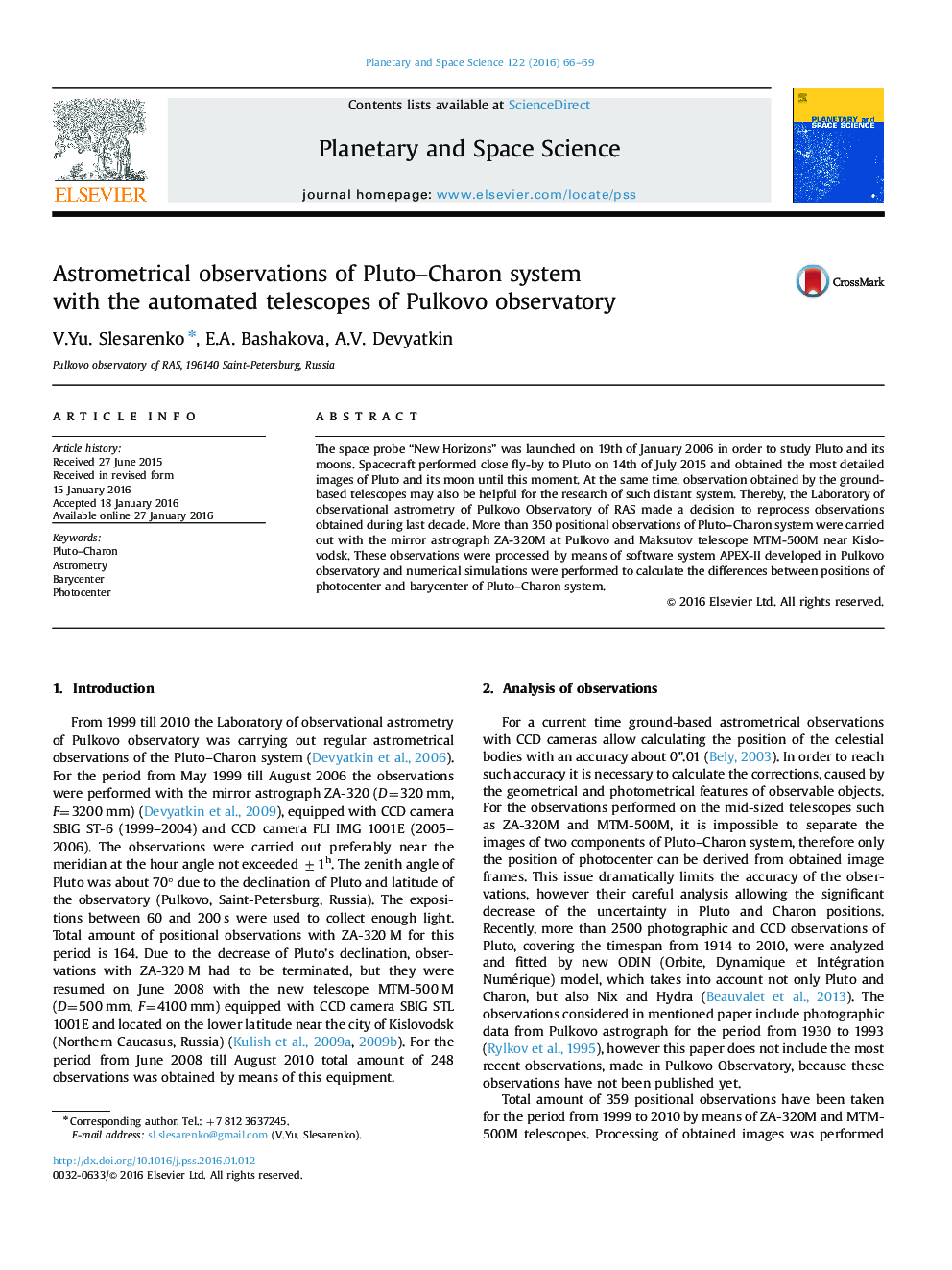 • More than 350 ground-based observations for ten year period were analyzed.
• Correction for the position of barycenter and photocenter was performed.
• Results were compared to DE405 and DE431 ephemeris.

The space probe “New Horizons” was launched on 19th of January 2006 in order to study Pluto and its moons. Spacecraft performed close fly-by to Pluto on 14th of July 2015 and obtained the most detailed images of Pluto and its moon until this moment. At the same time, observation obtained by the ground-based telescopes may also be helpful for the research of such distant system. Thereby, the Laboratory of observational astrometry of Pulkovo Observatory of RAS made a decision to reprocess observations obtained during last decade. More than 350 positional observations of Pluto–Charon system were carried out with the mirror astrograph ZA-320M at Pulkovo and Maksutov telescope MTM-500M near Kislovodsk. These observations were processed by means of software system APEX-II developed in Pulkovo observatory and numerical simulations were performed to calculate the differences between positions of photocenter and barycenter of Pluto–Charon system.