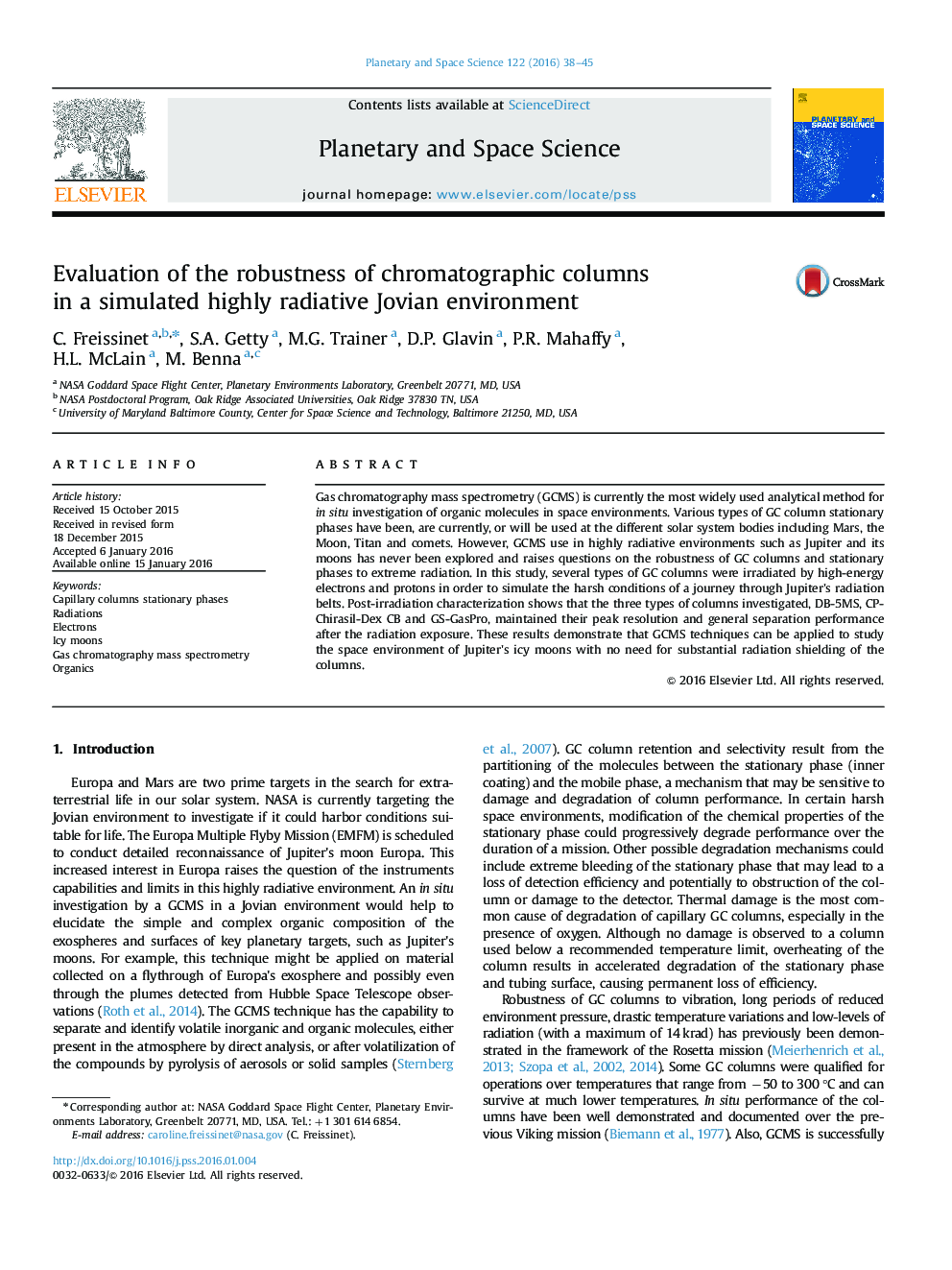 • GCMS is a robust technique for organics analyses in an icy moon radiative environment.
• Three types of capillary columns were tested under Jovian-like radiation environment.
• The GC stationary phases display limited to no damage in the harsh conditions.
• Enantiomeric separation is preserved in the Chirasil-Dex after irradiation.

Gas chromatography mass spectrometry (GCMS) is currently the most widely used analytical method for in situ investigation of organic molecules in space environments. Various types of GC column stationary phases have been, are currently, or will be used at the different solar system bodies including Mars, the Moon, Titan and comets. However, GCMS use in highly radiative environments such as Jupiter and its moons has never been explored and raises questions on the robustness of GC columns and stationary phases to extreme radiation. In this study, several types of GC columns were irradiated by high-energy electrons and protons in order to simulate the harsh conditions of a journey through Jupiter׳s radiation belts. Post-irradiation characterization shows that the three types of columns investigated, DB-5MS, CP-Chirasil-Dex CB and GS-GasPro, maintained their peak resolution and general separation performance after the radiation exposure. These results demonstrate that GCMS techniques can be applied to study the space environment of Jupiter׳s icy moons with no need for substantial radiation shielding of the columns.