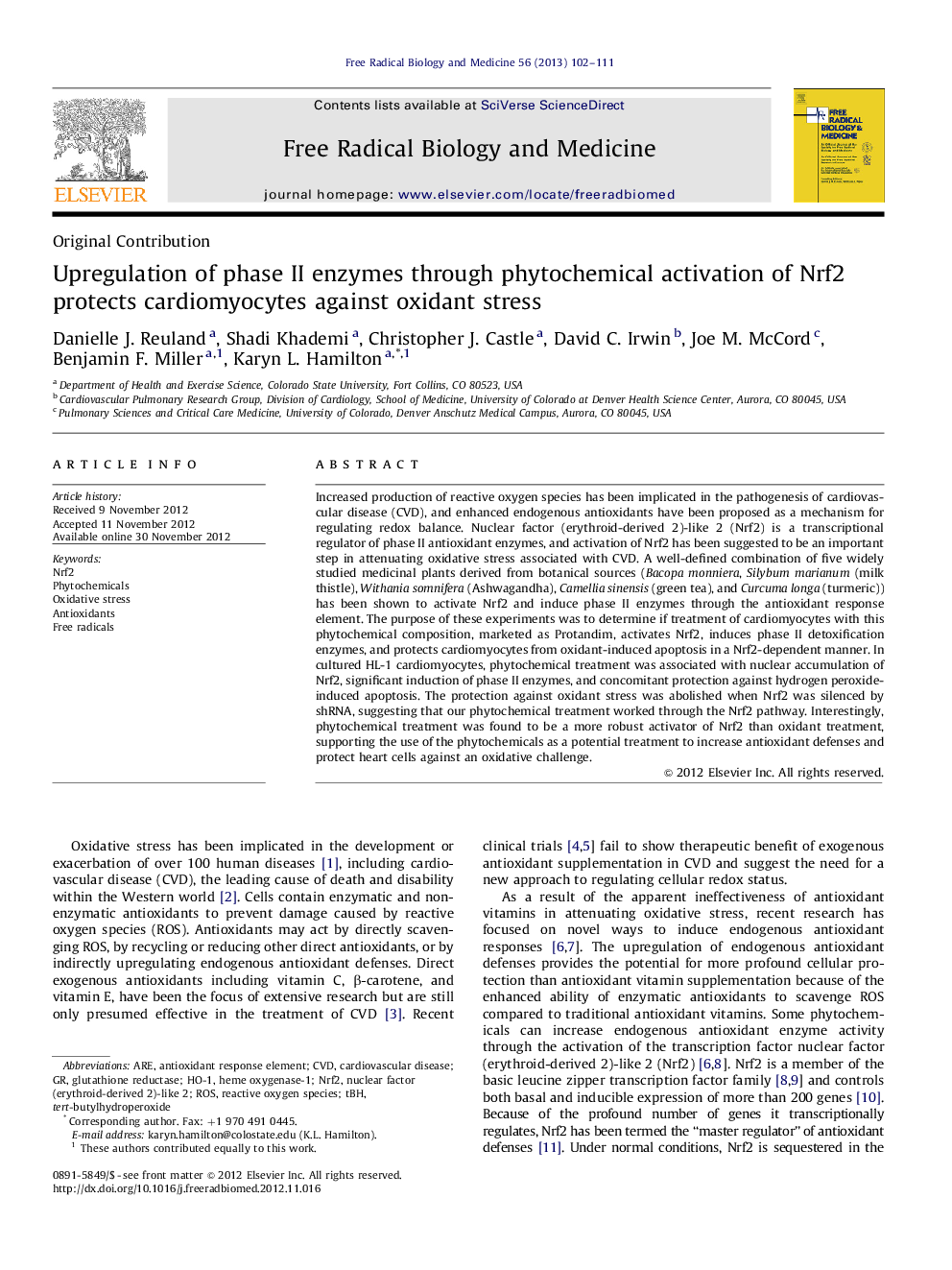 Increased production of reactive oxygen species has been implicated in the pathogenesis of cardiovascular disease (CVD), and enhanced endogenous antioxidants have been proposed as a mechanism for regulating redox balance. Nuclear factor (erythroid-derived 2)-like 2 (Nrf2) is a transcriptional regulator of phase II antioxidant enzymes, and activation of Nrf2 has been suggested to be an important step in attenuating oxidative stress associated with CVD. A well-defined combination of five widely studied medicinal plants derived from botanical sources (Bacopa monniera, Silybum marianum (milk thistle), Withania somnifera (Ashwagandha), Camellia sinensis (green tea), and Curcuma longa (turmeric)) has been shown to activate Nrf2 and induce phase II enzymes through the antioxidant response element. The purpose of these experiments was to determine if treatment of cardiomyocytes with this phytochemical composition, marketed as Protandim, activates Nrf2, induces phase II detoxification enzymes, and protects cardiomyocytes from oxidant-induced apoptosis in a Nrf2-dependent manner. In cultured HL-1 cardiomyocytes, phytochemical treatment was associated with nuclear accumulation of Nrf2, significant induction of phase II enzymes, and concomitant protection against hydrogen peroxide-induced apoptosis. The protection against oxidant stress was abolished when Nrf2 was silenced by shRNA, suggesting that our phytochemical treatment worked through the Nrf2 pathway. Interestingly, phytochemical treatment was found to be a more robust activator of Nrf2 than oxidant treatment, supporting the use of the phytochemicals as a potential treatment to increase antioxidant defenses and protect heart cells against an oxidative challenge.