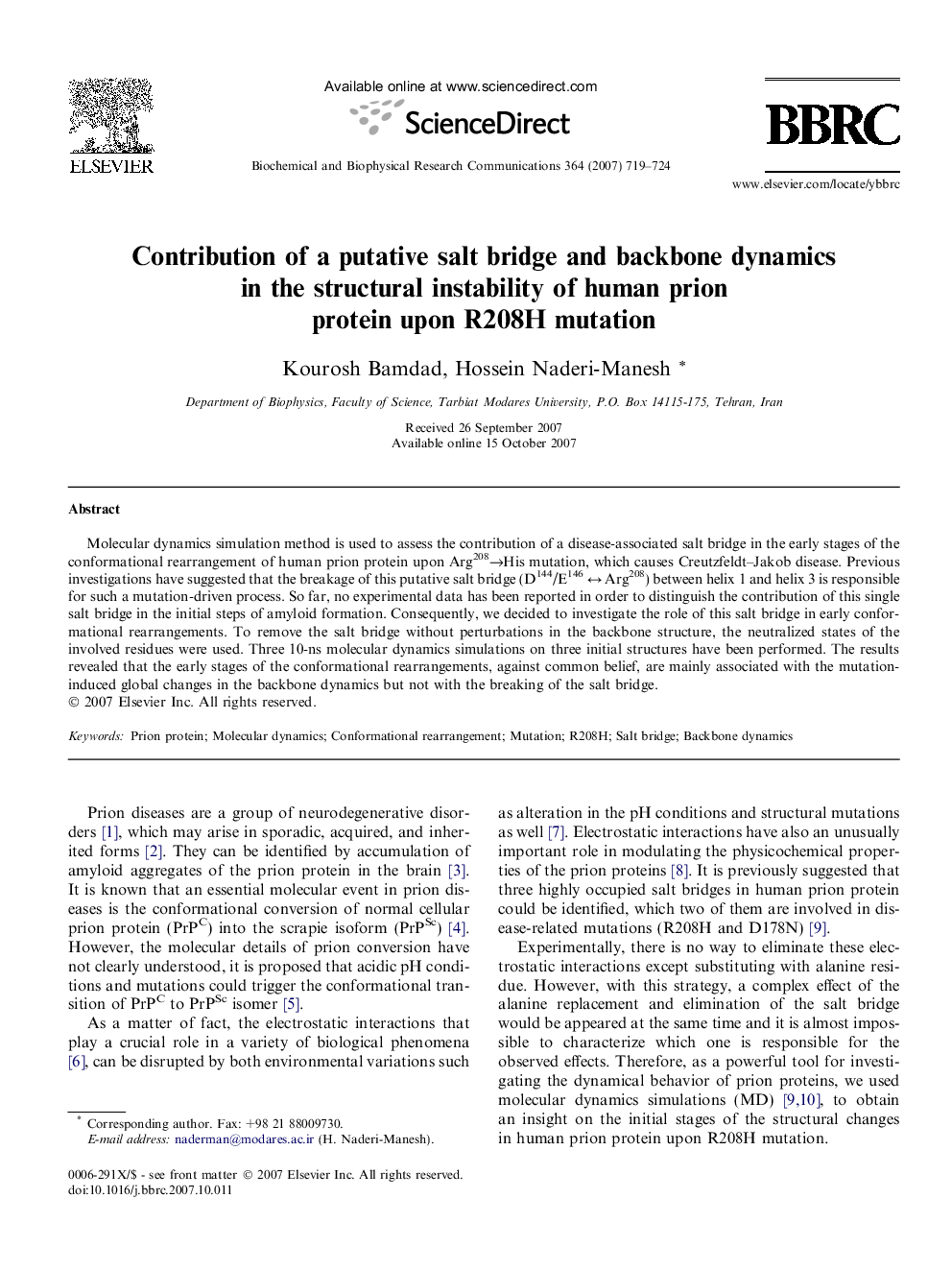 Molecular dynamics simulation method is used to assess the contribution of a disease-associated salt bridge in the early stages of the conformational rearrangement of human prion protein upon Arg208→His mutation, which causes Creutzfeldt–Jakob disease. Previous investigations have suggested that the breakage of this putative salt bridge (D144/E146 ↔ Arg208) between helix 1 and helix 3 is responsible for such a mutation-driven process. So far, no experimental data has been reported in order to distinguish the contribution of this single salt bridge in the initial steps of amyloid formation. Consequently, we decided to investigate the role of this salt bridge in early conformational rearrangements. To remove the salt bridge without perturbations in the backbone structure, the neutralized states of the involved residues were used. Three 10-ns molecular dynamics simulations on three initial structures have been performed. The results revealed that the early stages of the conformational rearrangements, against common belief, are mainly associated with the mutation-induced global changes in the backbone dynamics but not with the breaking of the salt bridge.