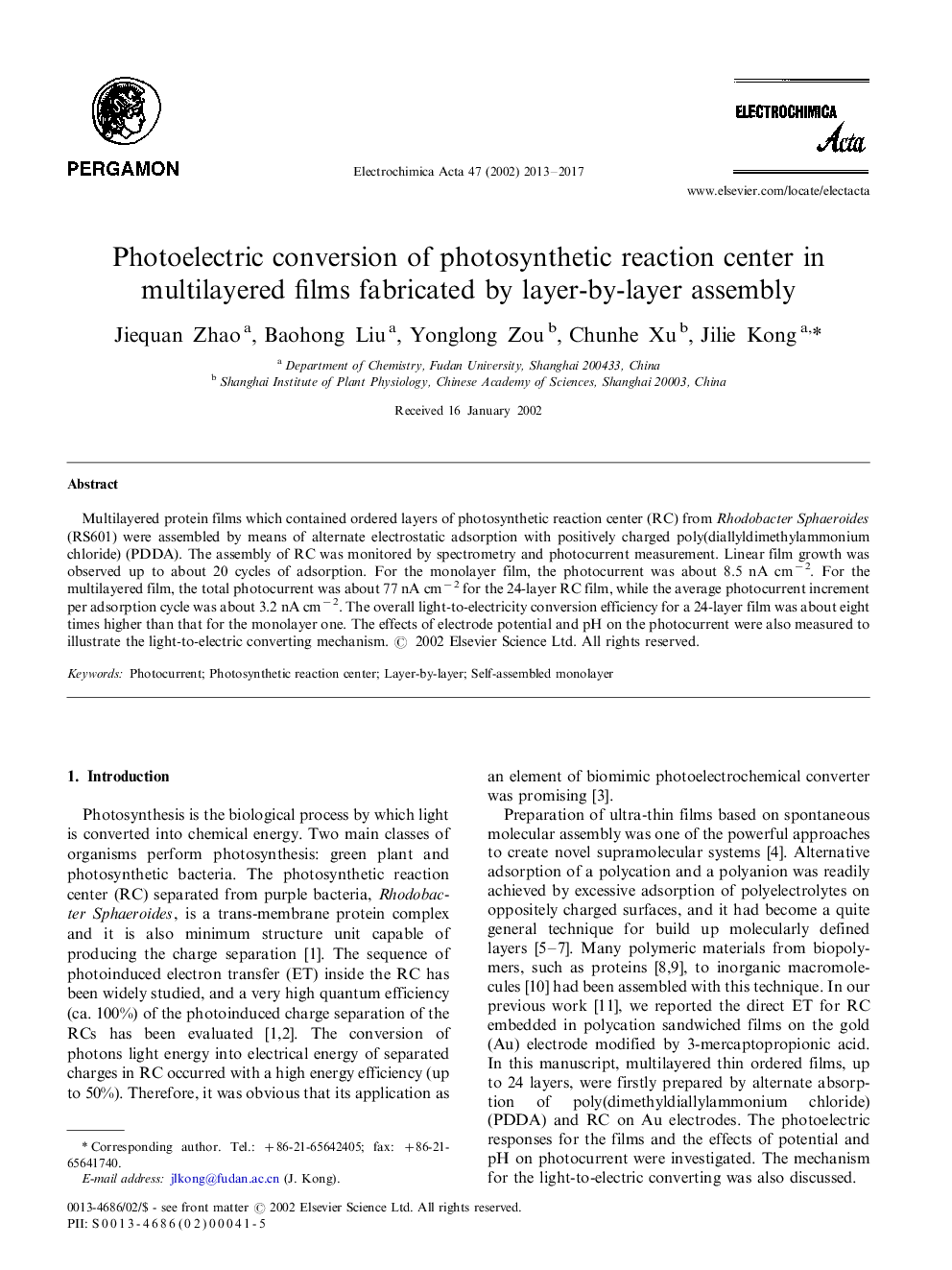 Multilayered protein films which contained ordered layers of photosynthetic reaction center (RC) from Rhodobacter Sphaeroides (RS601) were assembled by means of alternate electrostatic adsorption with positively charged poly(diallyldimethylammonium chloride) (PDDA). The assembly of RC was monitored by spectrometry and photocurrent measurement. Linear film growth was observed up to about 20 cycles of adsorption. For the monolayer film, the photocurrent was about 8.5 nA cm−2. For the multilayered film, the total photocurrent was about 77 nA cm−2 for the 24-layer RC film, while the average photocurrent increment per adsorption cycle was about 3.2 nA cm−2. The overall light-to-electricity conversion efficiency for a 24-layer film was about eight times higher than that for the monolayer one. The effects of electrode potential and pH on the photocurrent were also measured to illustrate the light-to-electric converting mechanism.