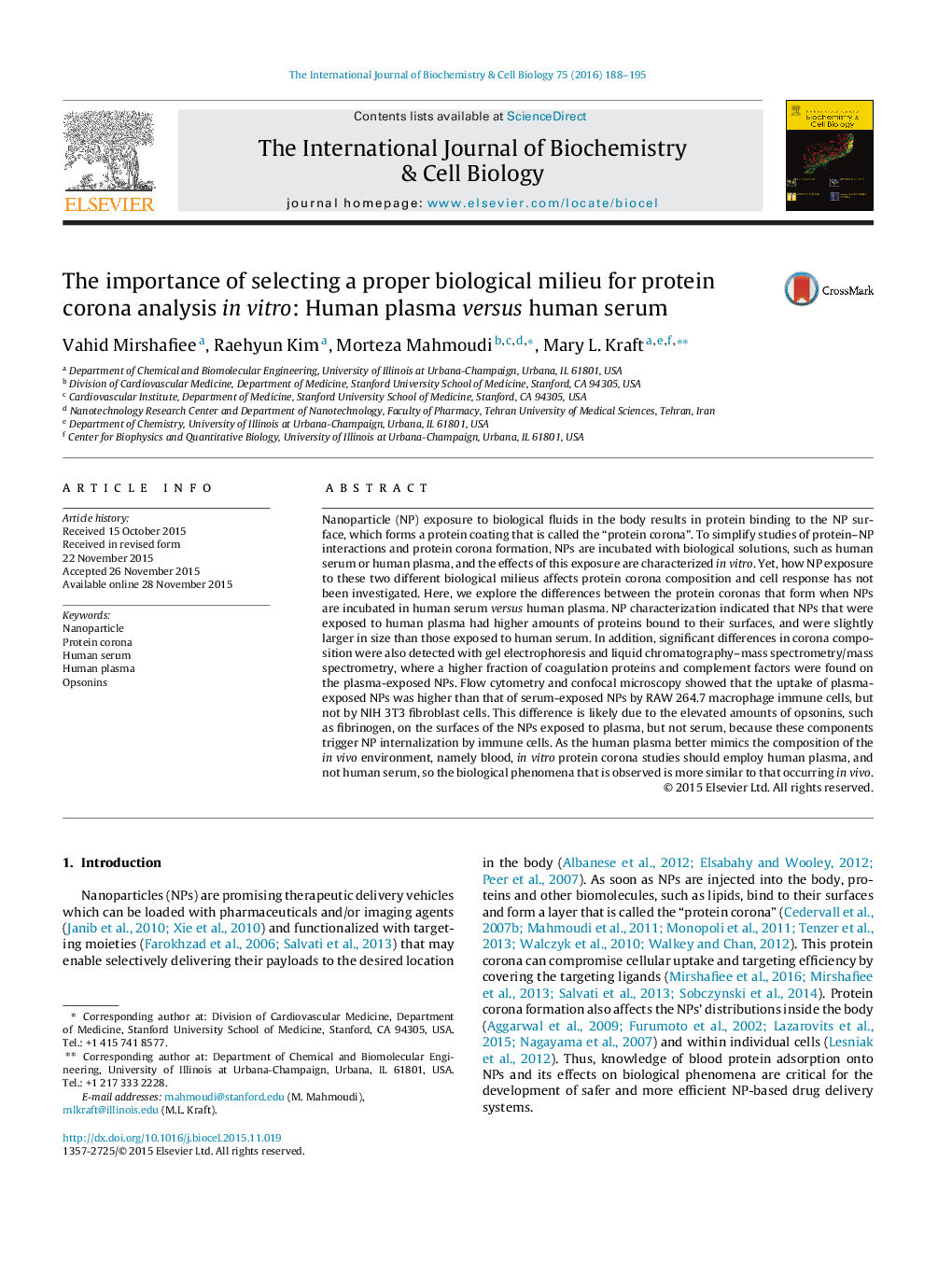 Nanoparticle (NP) exposure to biological fluids in the body results in protein binding to the NP surface, which forms a protein coating that is called the “protein corona”. To simplify studies of protein–NP interactions and protein corona formation, NPs are incubated with biological solutions, such as human serum or human plasma, and the effects of this exposure are characterized in vitro. Yet, how NP exposure to these two different biological milieus affects protein corona composition and cell response has not been investigated. Here, we explore the differences between the protein coronas that form when NPs are incubated in human serum versus human plasma. NP characterization indicated that NPs that were exposed to human plasma had higher amounts of proteins bound to their surfaces, and were slightly larger in size than those exposed to human serum. In addition, significant differences in corona composition were also detected with gel electrophoresis and liquid chromatography–mass spectrometry/mass spectrometry, where a higher fraction of coagulation proteins and complement factors were found on the plasma-exposed NPs. Flow cytometry and confocal microscopy showed that the uptake of plasma-exposed NPs was higher than that of serum-exposed NPs by RAW 264.7 macrophage immune cells, but not by NIH 3T3 fibroblast cells. This difference is likely due to the elevated amounts of opsonins, such as fibrinogen, on the surfaces of the NPs exposed to plasma, but not serum, because these components trigger NP internalization by immune cells. As the human plasma better mimics the composition of the in vivo environment, namely blood, in vitro protein corona studies should employ human plasma, and not human serum, so the biological phenomena that is observed is more similar to that occurring in vivo.