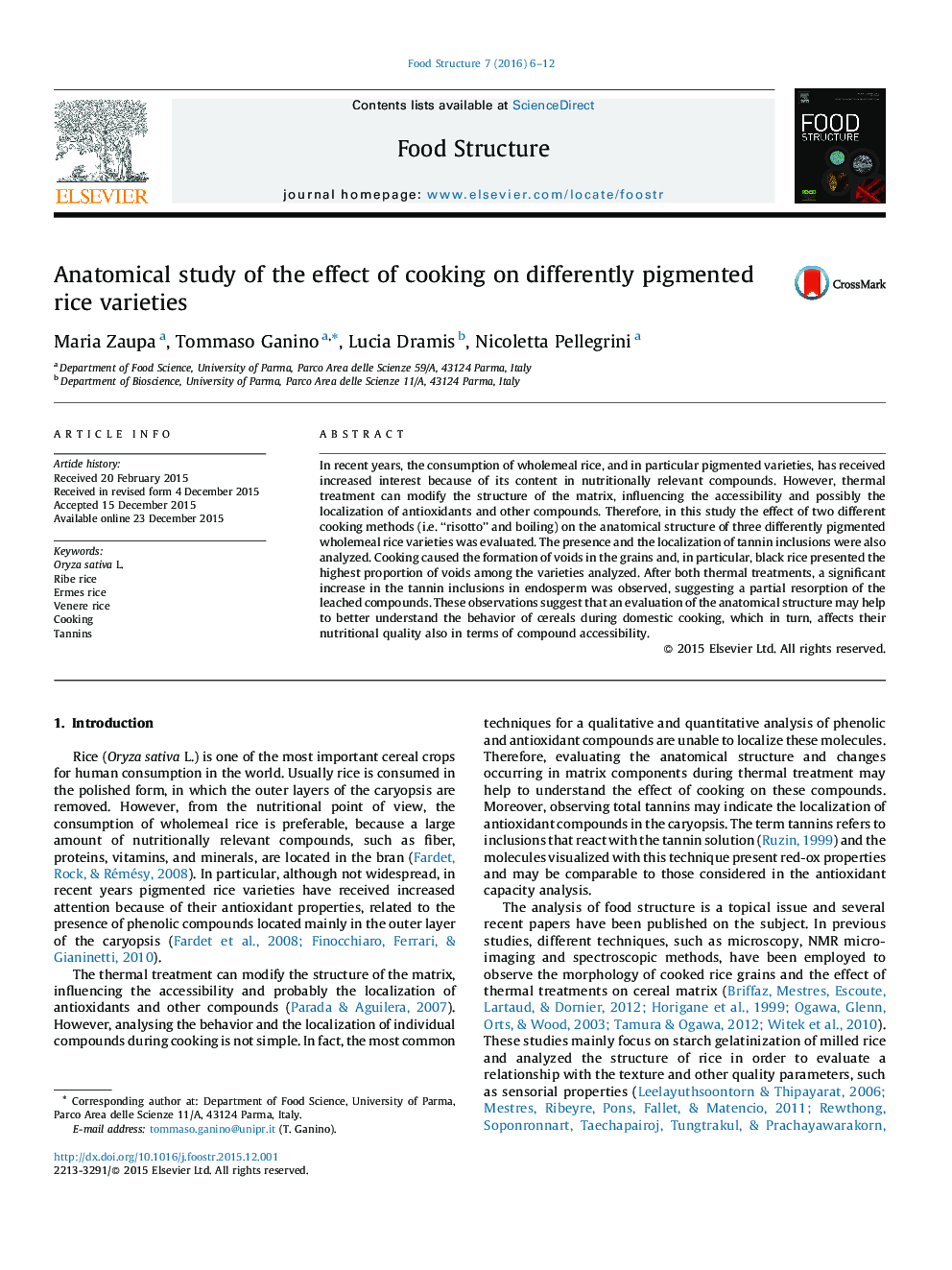 • The anatomical structure of three differently pigmented rice varieties was analyzed.
• After cooking the grains presented some void areas, especially the black rice.
• After cooking tannins were present in remarkable concentration also in endosperm.
• A partial re-absorption of leached compounds was hypothesized.

In recent years, the consumption of wholemeal rice, and in particular pigmented varieties, has received increased interest because of its content in nutritionally relevant compounds. However, thermal treatment can modify the structure of the matrix, influencing the accessibility and possibly the localization of antioxidants and other compounds. Therefore, in this study the effect of two different cooking methods (i.e. “risotto” and boiling) on the anatomical structure of three differently pigmented wholemeal rice varieties was evaluated. The presence and the localization of tannin inclusions were also analyzed. Cooking caused the formation of voids in the grains and, in particular, black rice presented the highest proportion of voids among the varieties analyzed. After both thermal treatments, a significant increase in the tannin inclusions in endosperm was observed, suggesting a partial resorption of the leached compounds. These observations suggest that an evaluation of the anatomical structure may help to better understand the behavior of cereals during domestic cooking, which in turn, affects their nutritional quality also in terms of compound accessibility.