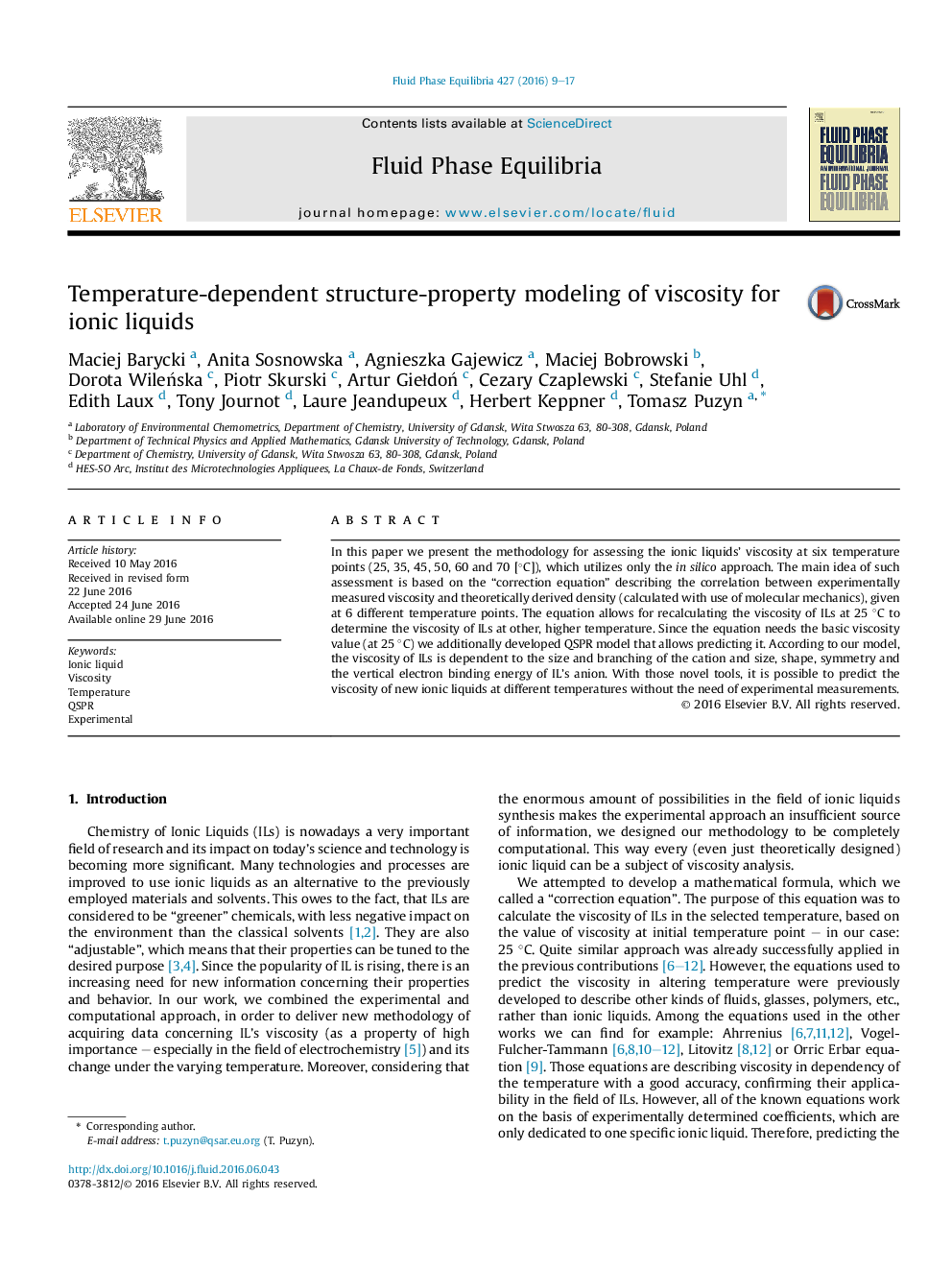 • A novel method of temperature-dependent viscosity assessment for ILs was proposed.
• The approach is fully computational and does not require an experimental calibration.
• Structural features of ions influencing viscosity of ILs were determined.

In this paper we present the methodology for assessing the ionic liquids’ viscosity at six temperature points (25, 35, 45, 50, 60 and 70 [°C]), which utilizes only the in silico approach. The main idea of such assessment is based on the “correction equation” describing the correlation between experimentally measured viscosity and theoretically derived density (calculated with use of molecular mechanics), given at 6 different temperature points. The equation allows for recalculating the viscosity of ILs at 25 °C to determine the viscosity of ILs at other, higher temperature. Since the equation needs the basic viscosity value (at 25 °C) we additionally developed QSPR model that allows predicting it. According to our model, the viscosity of ILs is dependent to the size and branching of the cation and size, shape, symmetry and the vertical electron binding energy of IL’s anion. With those novel tools, it is possible to predict the viscosity of new ionic liquids at different temperatures without the need of experimental measurements.