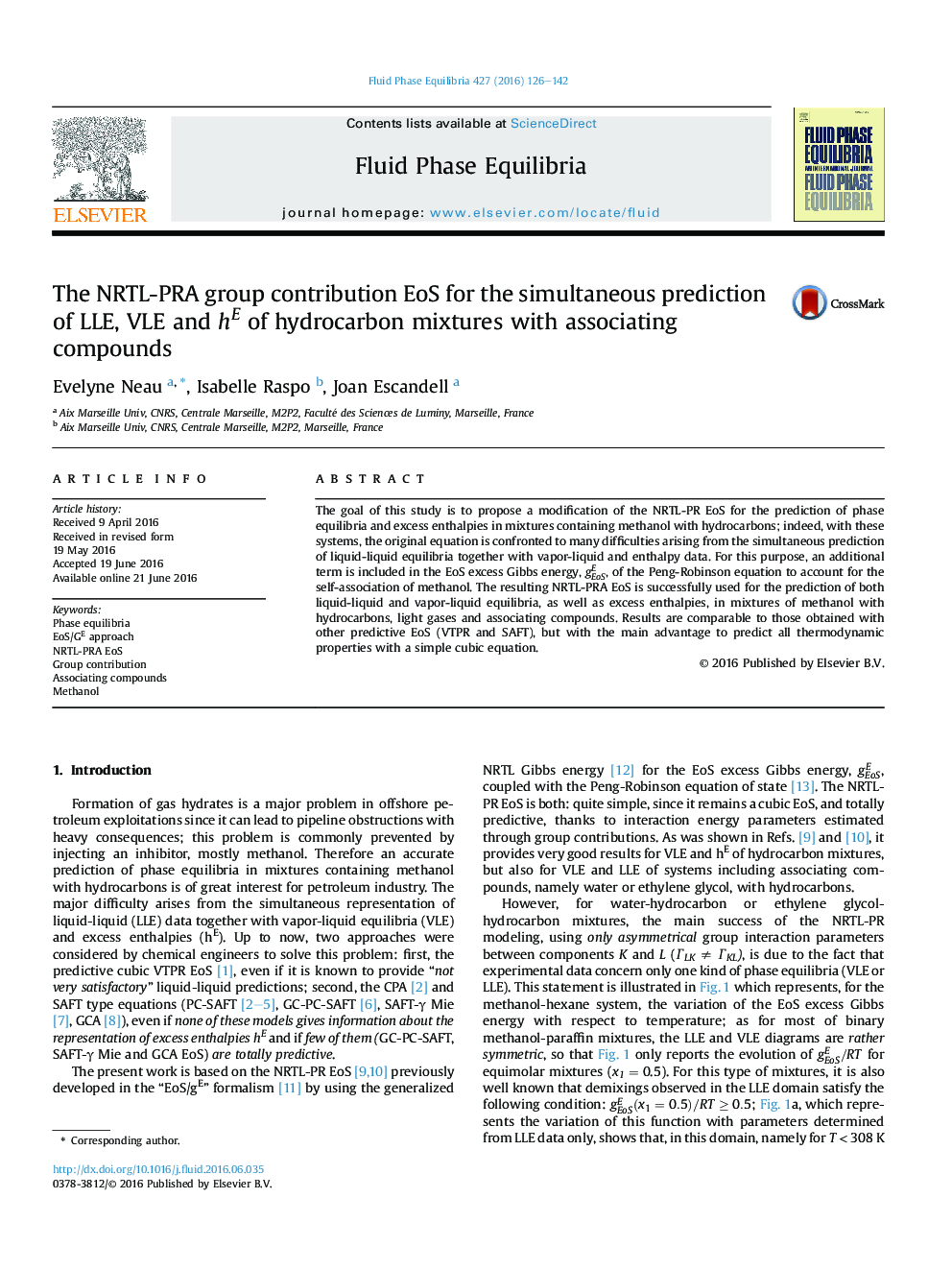 • A new cubic EoS is proposed for the modeling of methanol-hydrocarbons mixtures.
• This EoS enables the simultaneous prediction of LLE, VLE and hE.
• It is based on the EoS/GE approach and it is totally predictive.
• The EoS excess Gibbs energy accounts for the self-association of methanol.
• Satisfactory predictions of phase equilibria and excess enthalpies are obtained.

The goal of this study is to propose a modification of the NRTL-PR EoS for the prediction of phase equilibria and excess enthalpies in mixtures containing methanol with hydrocarbons; indeed, with these systems, the original equation is confronted to many difficulties arising from the simultaneous prediction of liquid-liquid equilibria together with vapor-liquid and enthalpy data. For this purpose, an additional term is included in the EoS excess Gibbs energy, gEoSE, of the Peng-Robinson equation to account for the self-association of methanol. The resulting NRTL-PRA EoS is successfully used for the prediction of both liquid-liquid and vapor-liquid equilibria, as well as excess enthalpies, in mixtures of methanol with hydrocarbons, light gases and associating compounds. Results are comparable to those obtained with other predictive EoS (VTPR and SAFT), but with the main advantage to predict all thermodynamic properties with a simple cubic equation.