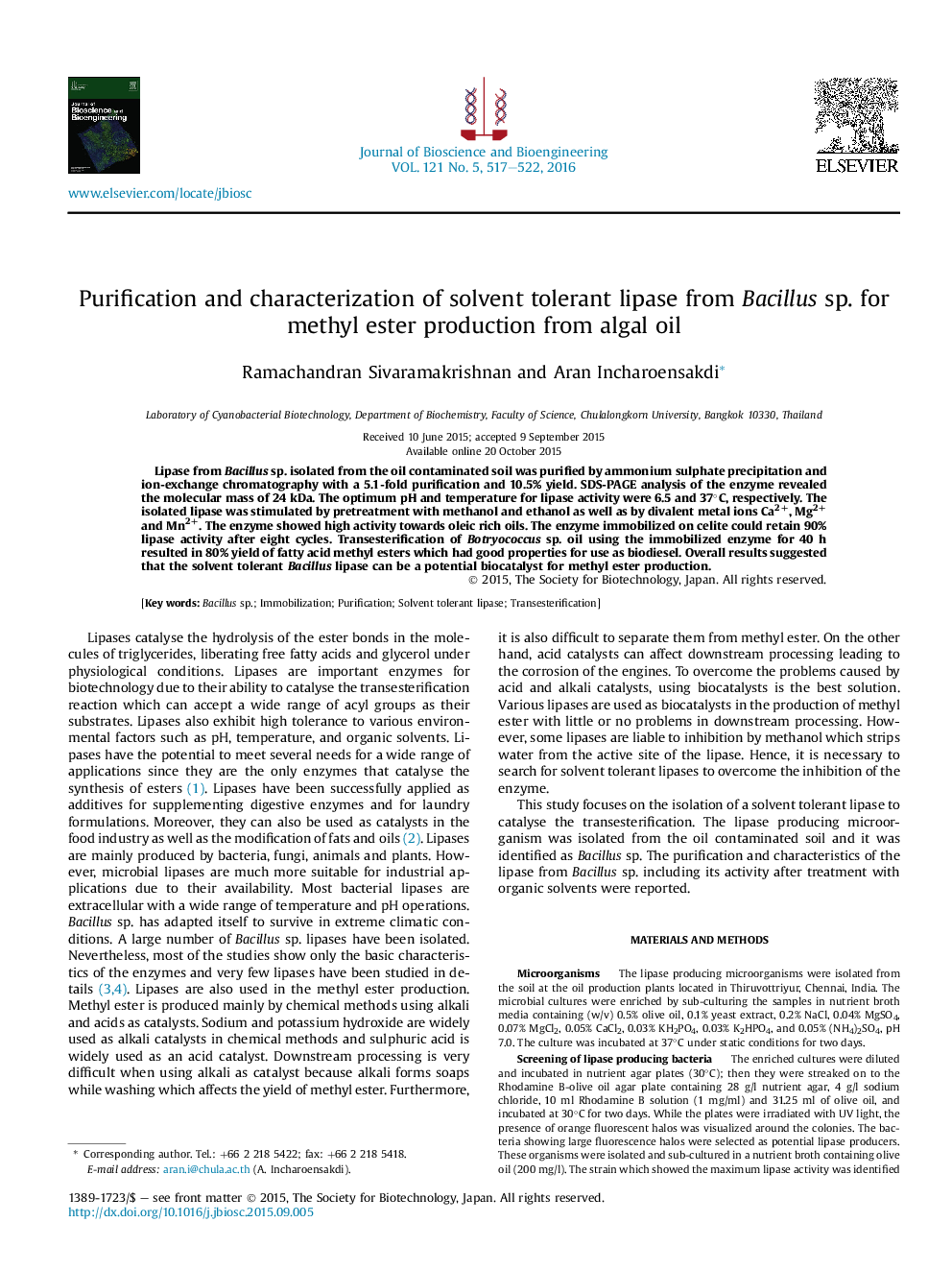 Lipase from Bacillus sp. isolated from the oil contaminated soil was purified by ammonium sulphate precipitation and ion-exchange chromatography with a 5.1-fold purification and 10.5% yield. SDS-PAGE analysis of the enzyme revealed the molecular mass of 24 kDa. The optimum pH and temperature for lipase activity were 6.5 and 37°C, respectively. The isolated lipase was stimulated by pretreatment with methanol and ethanol as well as by divalent metal ions Ca2+, Mg2+ and Mn2+. The enzyme showed high activity towards oleic rich oils. The enzyme immobilized on celite could retain 90% lipase activity after eight cycles. Transesterification of Botryococcus sp. oil using the immobilized enzyme for 40 h resulted in 80% yield of fatty acid methyl esters which had good properties for use as biodiesel. Overall results suggested that the solvent tolerant Bacillus lipase can be a potential biocatalyst for methyl ester production.