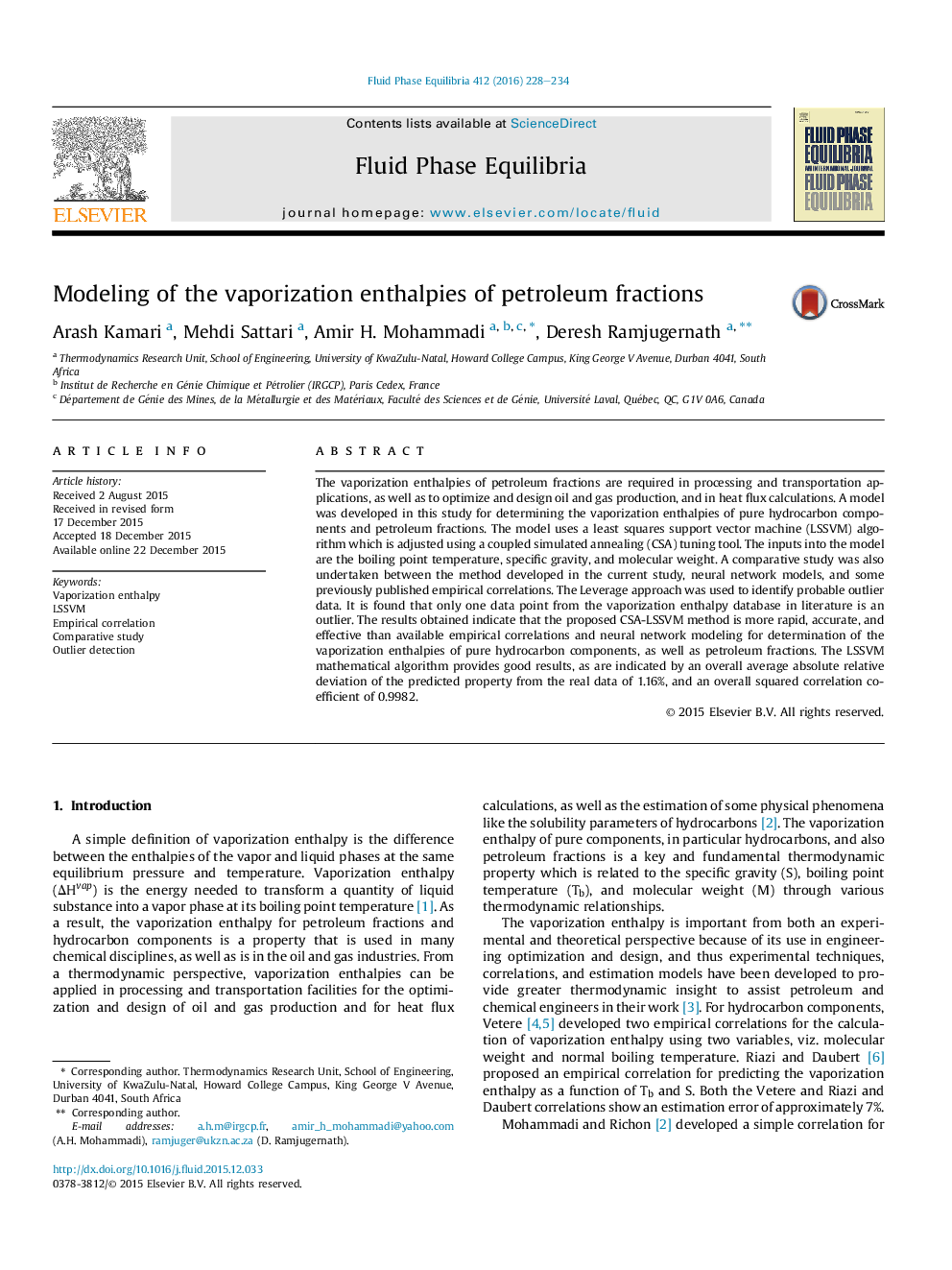 The vaporization enthalpies of petroleum fractions are required in processing and transportation applications, as well as to optimize and design oil and gas production, and in heat flux calculations. A model was developed in this study for determining the vaporization enthalpies of pure hydrocarbon components and petroleum fractions. The model uses a least squares support vector machine (LSSVM) algorithm which is adjusted using a coupled simulated annealing (CSA) tuning tool. The inputs into the model are the boiling point temperature, specific gravity, and molecular weight. A comparative study was also undertaken between the method developed in the current study, neural network models, and some previously published empirical correlations. The Leverage approach was used to identify probable outlier data. It is found that only one data point from the vaporization enthalpy database in literature is an outlier. The results obtained indicate that the proposed CSA-LSSVM method is more rapid, accurate, and effective than available empirical correlations and neural network modeling for determination of the vaporization enthalpies of pure hydrocarbon components, as well as petroleum fractions. The LSSVM mathematical algorithm provides good results, as are indicated by an overall average absolute relative deviation of the predicted property from the real data of 1.16%, and an overall squared correlation coefficient of 0.9982.