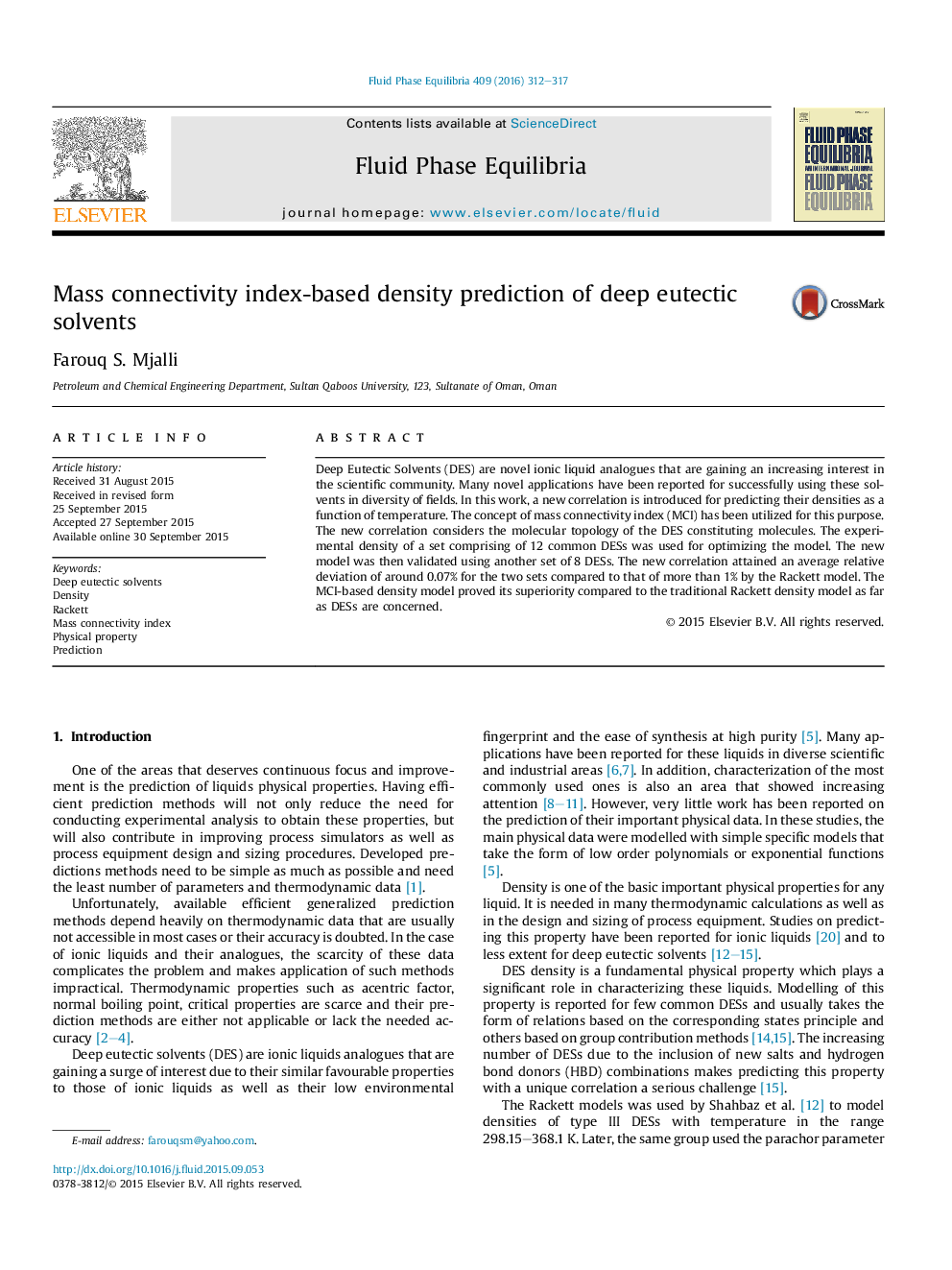 • The concept of mass connectivity index (MCI) has been utilized to predict DES density.
• The new density model was compared to the conventional Rackett model.
• The new model attained many folds improvement in predicting DES density.

Deep Eutectic Solvents (DES) are novel ionic liquid analogues that are gaining an increasing interest in the scientific community. Many novel applications have been reported for successfully using these solvents in diversity of fields. In this work, a new correlation is introduced for predicting their densities as a function of temperature. The concept of mass connectivity index (MCI) has been utilized for this purpose. The new correlation considers the molecular topology of the DES constituting molecules. The experimental density of a set comprising of 12 common DESs was used for optimizing the model. The new model was then validated using another set of 8 DESs. The new correlation attained an average relative deviation of around 0.07% for the two sets compared to that of more than 1% by the Rackett model. The MCI-based density model proved its superiority compared to the traditional Rackett density model as far as DESs are concerned.