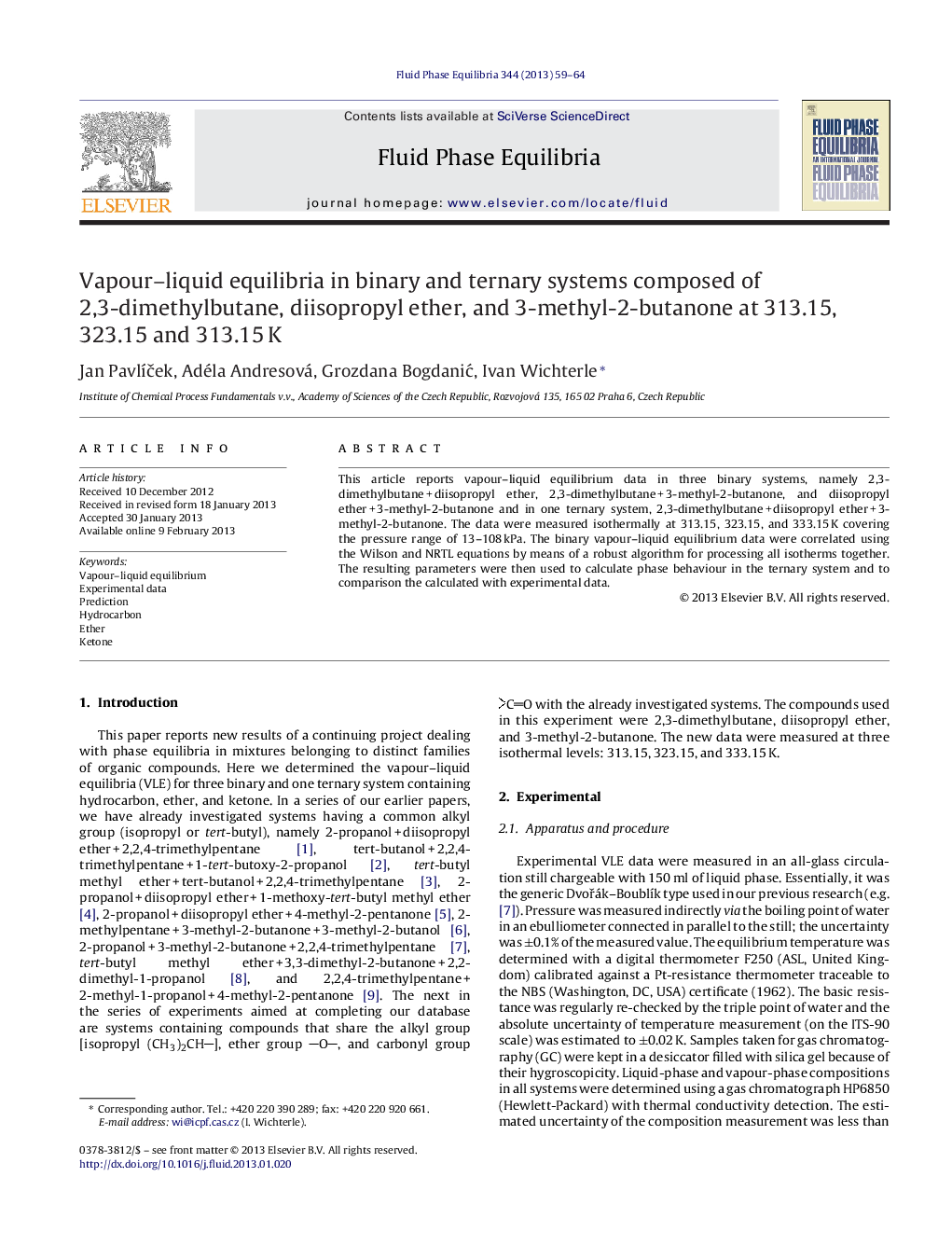 ► We have measured new experimental data on vapour–liquid equilibria at isothermal conditions.
► Three binary and one ternary systems consisting of 2,3-dimethylbutane + diisopropyl ether + isopropyl methyl ketone were investigated.
► Correlation of data with use of the Wilson and NRTL equation.
► Prediction of phase equilibria in ternary system based on binary data.