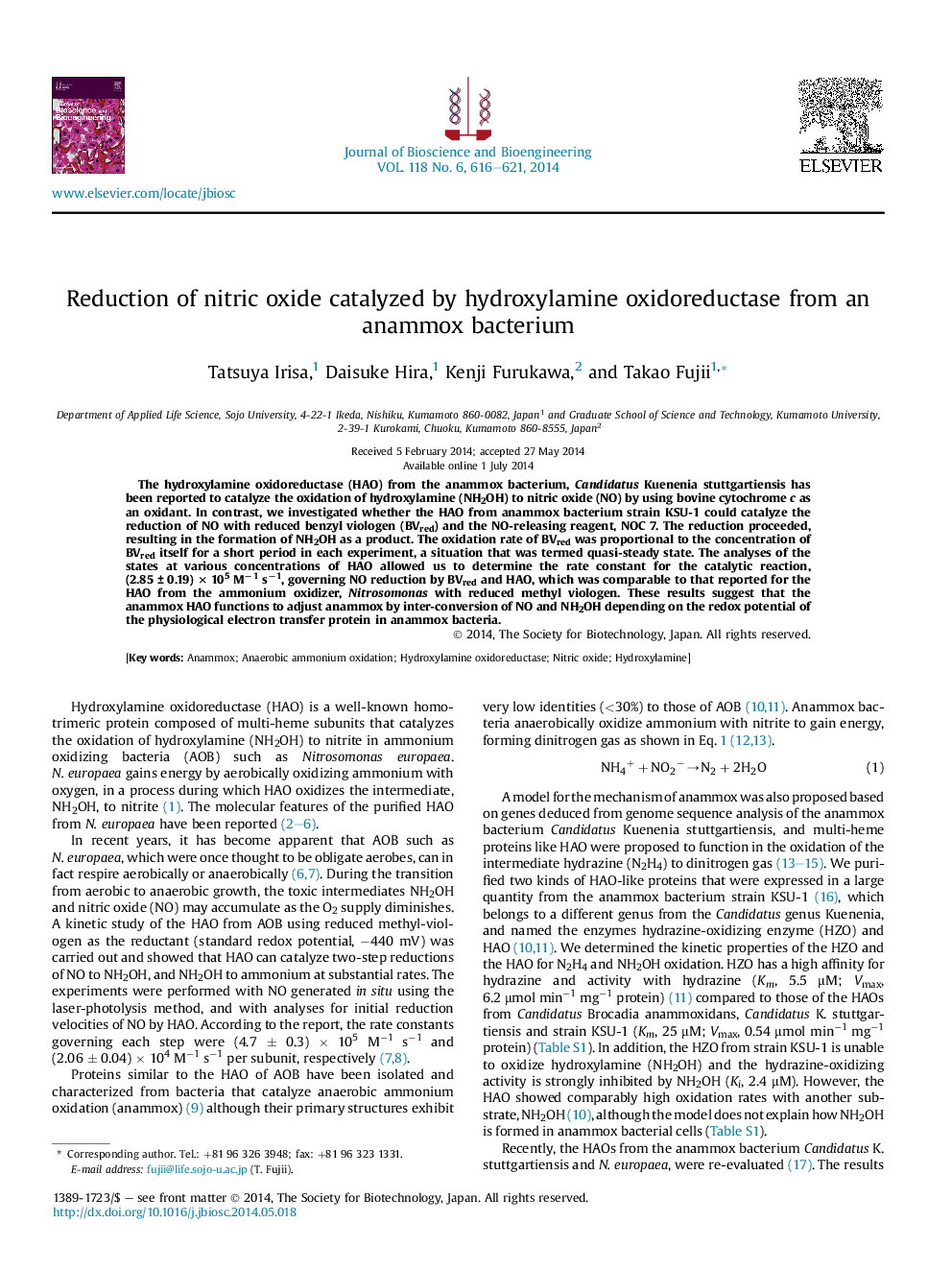 The hydroxylamine oxidoreductase (HAO) from the anammox bacterium, Candidatus Kuenenia stuttgartiensis has been reported to catalyze the oxidation of hydroxylamine (NH2OH) to nitric oxide (NO) by using bovine cytochrome c as an oxidant. In contrast, we investigated whether the HAO from anammox bacterium strain KSU-1 could catalyze the reduction of NO with reduced benzyl viologen (BVred) and the NO-releasing reagent, NOC 7. The reduction proceeded, resulting in the formation of NH2OH as a product. The oxidation rate of BVred was proportional to the concentration of BVred itself for a short period in each experiment, a situation that was termed quasi-steady state. The analyses of the states at various concentrations of HAO allowed us to determine the rate constant for the catalytic reaction, (2.85 ± 0.19) × 105 M−1 s−1, governing NO reduction by BVred and HAO, which was comparable to that reported for the HAO from the ammonium oxidizer, Nitrosomonas with reduced methyl viologen. These results suggest that the anammox HAO functions to adjust anammox by inter-conversion of NO and NH2OH depending on the redox potential of the physiological electron transfer protein in anammox bacteria.