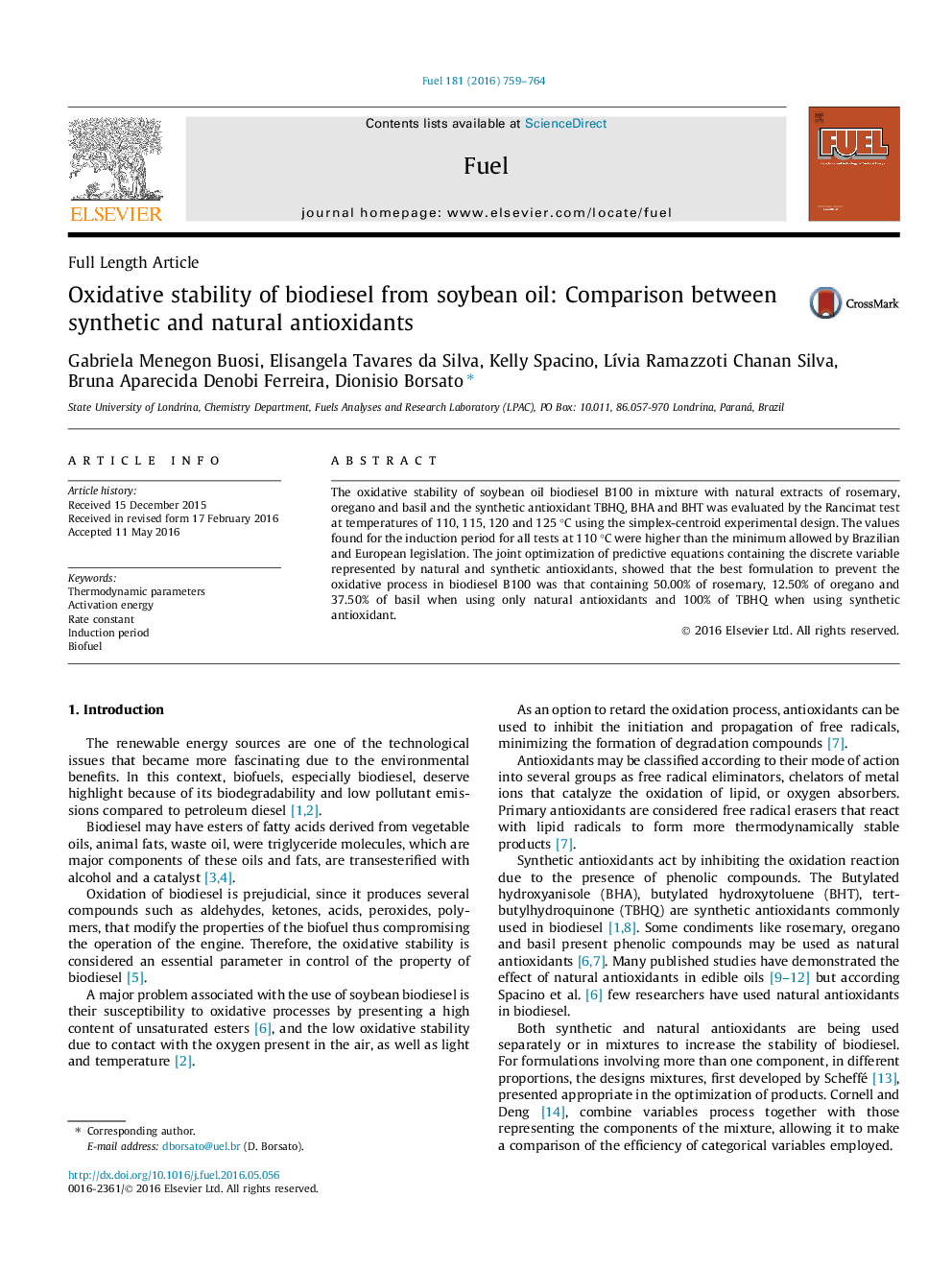 The oxidative stability of soybean oil biodiesel B100 in mixture with natural extracts of rosemary, oregano and basil and the synthetic antioxidant TBHQ, BHA and BHT was evaluated by the Rancimat test at temperatures of 110, 115, 120 and 125 °C using the simplex-centroid experimental design. The values found for the induction period for all tests at 110 °C were higher than the minimum allowed by Brazilian and European legislation. The joint optimization of predictive equations containing the discrete variable represented by natural and synthetic antioxidants, showed that the best formulation to prevent the oxidative process in biodiesel B100 was that containing 50.00% of rosemary, 12.50% of oregano and 37.50% of basil when using only natural antioxidants and 100% of TBHQ when using synthetic antioxidant.