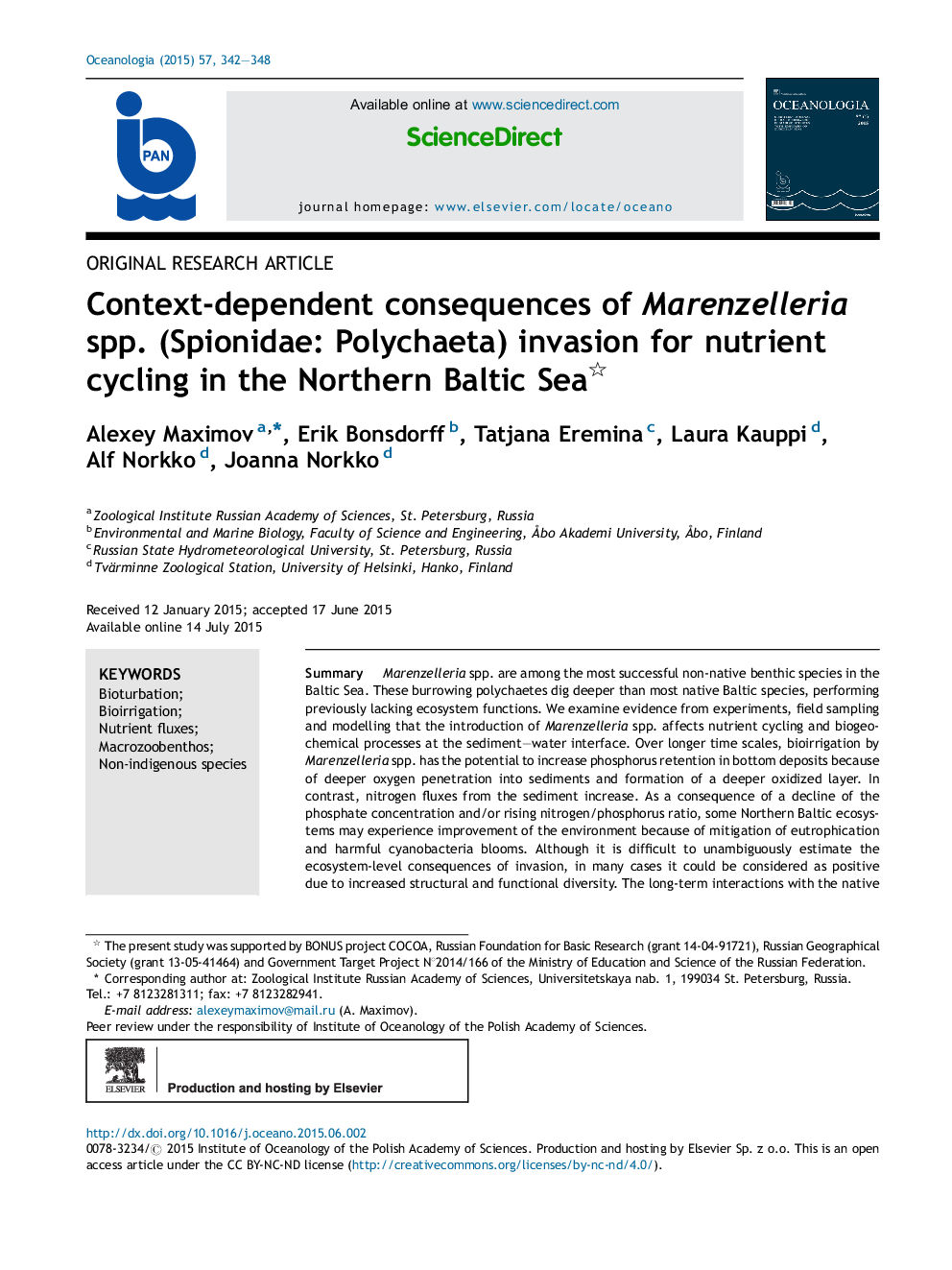 SummaryMarenzelleria spp. are among the most successful non-native benthic species in the Baltic Sea. These burrowing polychaetes dig deeper than most native Baltic species, performing previously lacking ecosystem functions. We examine evidence from experiments, field sampling and modelling that the introduction of Marenzelleria spp. affects nutrient cycling and biogeochemical processes at the sediment–water interface. Over longer time scales, bioirrigation by Marenzelleria spp. has the potential to increase phosphorus retention in bottom deposits because of deeper oxygen penetration into sediments and formation of a deeper oxidized layer. In contrast, nitrogen fluxes from the sediment increase. As a consequence of a decline of the phosphate concentration and/or rising nitrogen/phosphorus ratio, some Northern Baltic ecosystems may experience improvement of the environment because of mitigation of eutrophication and harmful cyanobacteria blooms. Although it is difficult to unambiguously estimate the ecosystem-level consequences of invasion, in many cases it could be considered as positive due to increased structural and functional diversity. The long-term interactions with the native fauna still remain unknown, however, and in this paper we highlight the major knowledge gaps.