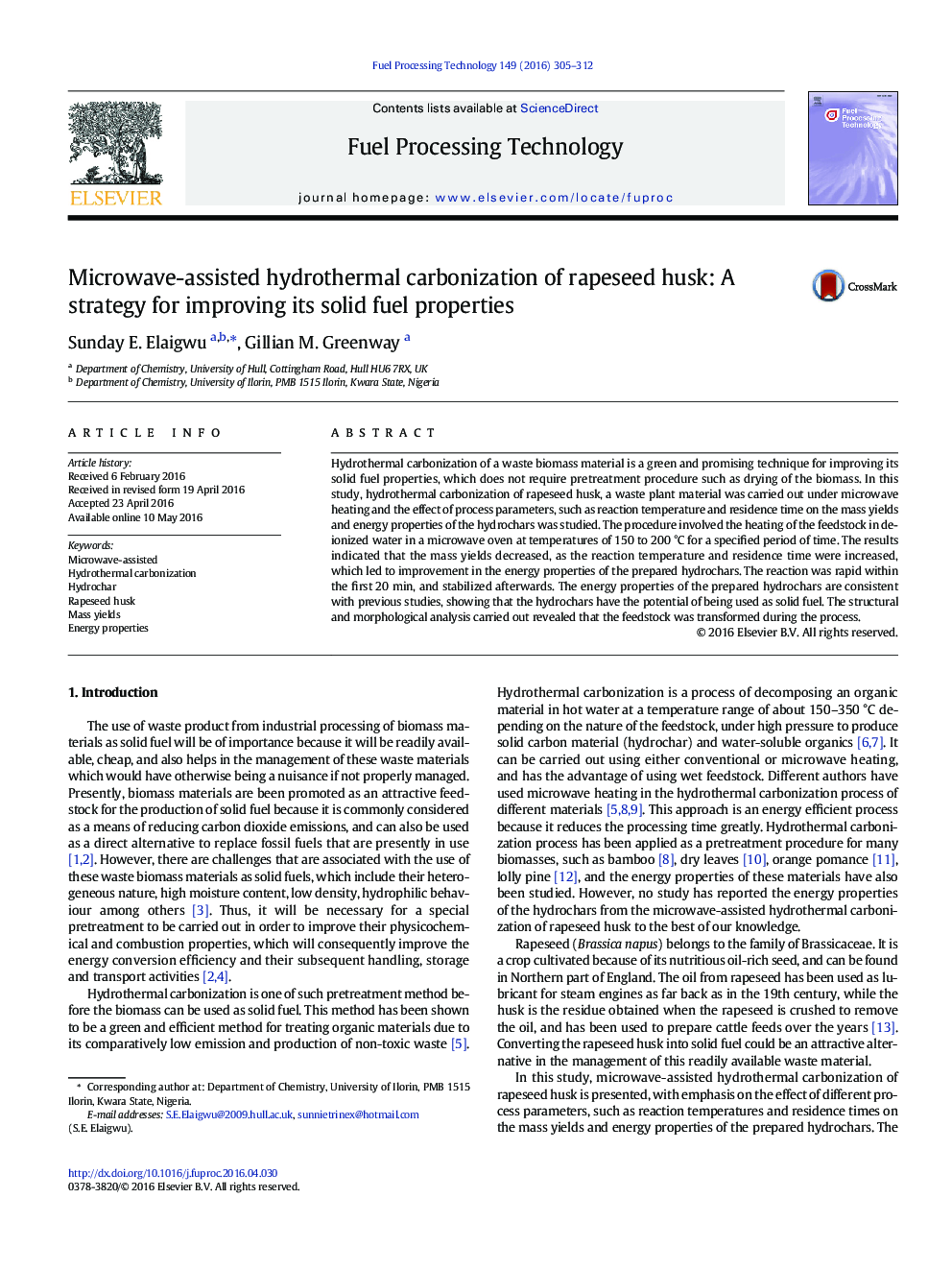 Hydrothermal carbonization of a waste biomass material is a green and promising technique for improving its solid fuel properties, which does not require pretreatment procedure such as drying of the biomass. In this study, hydrothermal carbonization of rapeseed husk, a waste plant material was carried out under microwave heating and the effect of process parameters, such as reaction temperature and residence time on the mass yields and energy properties of the hydrochars was studied. The procedure involved the heating of the feedstock in deionized water in a microwave oven at temperatures of 150 to 200 °C for a specified period of time. The results indicated that the mass yields decreased, as the reaction temperature and residence time were increased, which led to improvement in the energy properties of the prepared hydrochars. The reaction was rapid within the first 20 min, and stabilized afterwards. The energy properties of the prepared hydrochars are consistent with previous studies, showing that the hydrochars have the potential of being used as solid fuel. The structural and morphological analysis carried out revealed that the feedstock was transformed during the process.