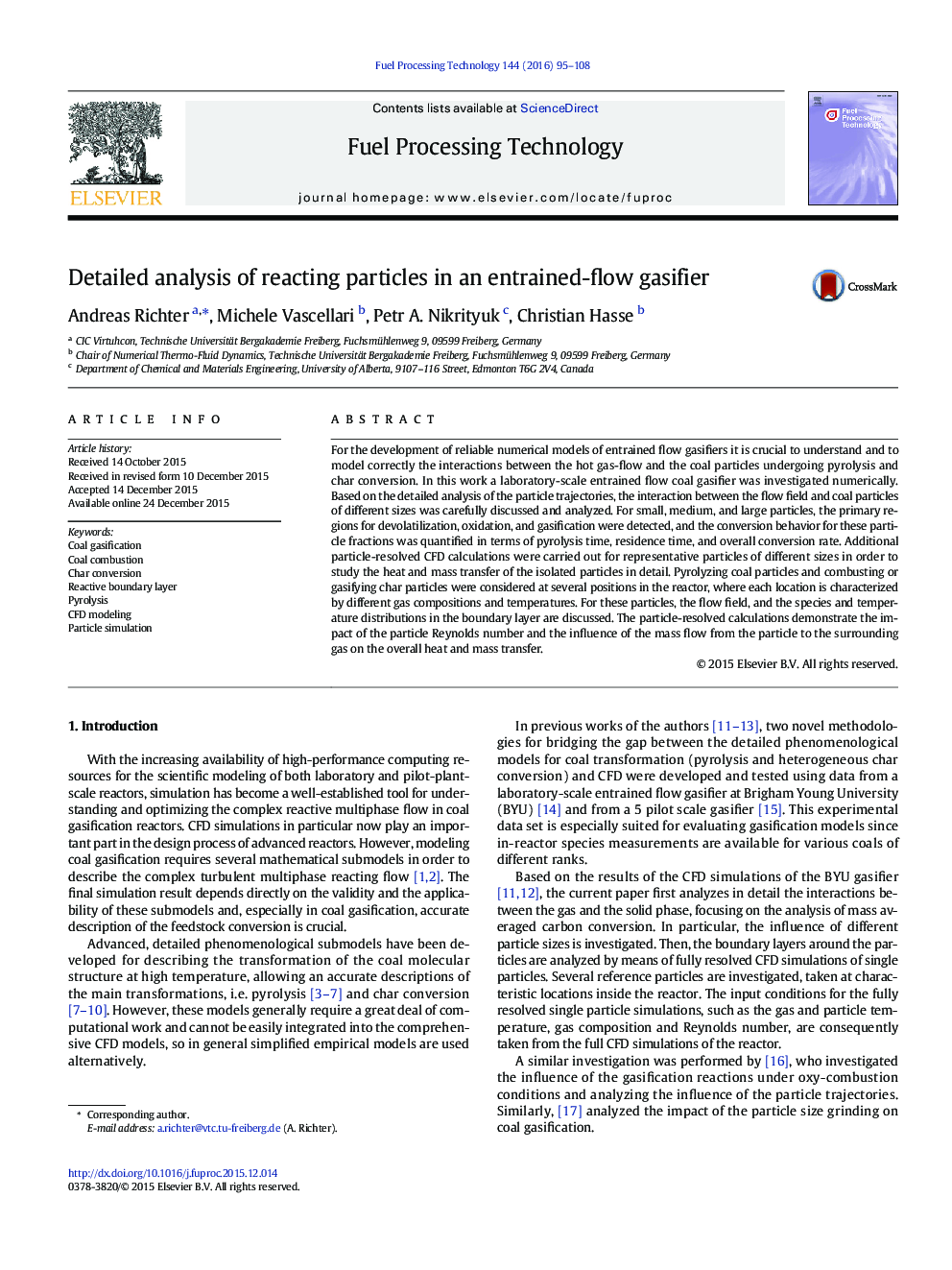 For the development of reliable numerical models of entrained flow gasifiers it is crucial to understand and to model correctly the interactions between the hot gas-flow and the coal particles undergoing pyrolysis and char conversion. In this work a laboratory-scale entrained flow coal gasifier was investigated numerically. Based on the detailed analysis of the particle trajectories, the interaction between the flow field and coal particles of different sizes was carefully discussed and analyzed. For small, medium, and large particles, the primary regions for devolatilization, oxidation, and gasification were detected, and the conversion behavior for these particle fractions was quantified in terms of pyrolysis time, residence time, and overall conversion rate. Additional particle-resolved CFD calculations were carried out for representative particles of different sizes in order to study the heat and mass transfer of the isolated particles in detail. Pyrolyzing coal particles and combusting or gasifying char particles were considered at several positions in the reactor, where each location is characterized by different gas compositions and temperatures. For these particles, the flow field, and the species and temperature distributions in the boundary layer are discussed. The particle-resolved calculations demonstrate the impact of the particle Reynolds number and the influence of the mass flow from the particle to the surrounding gas on the overall heat and mass transfer.