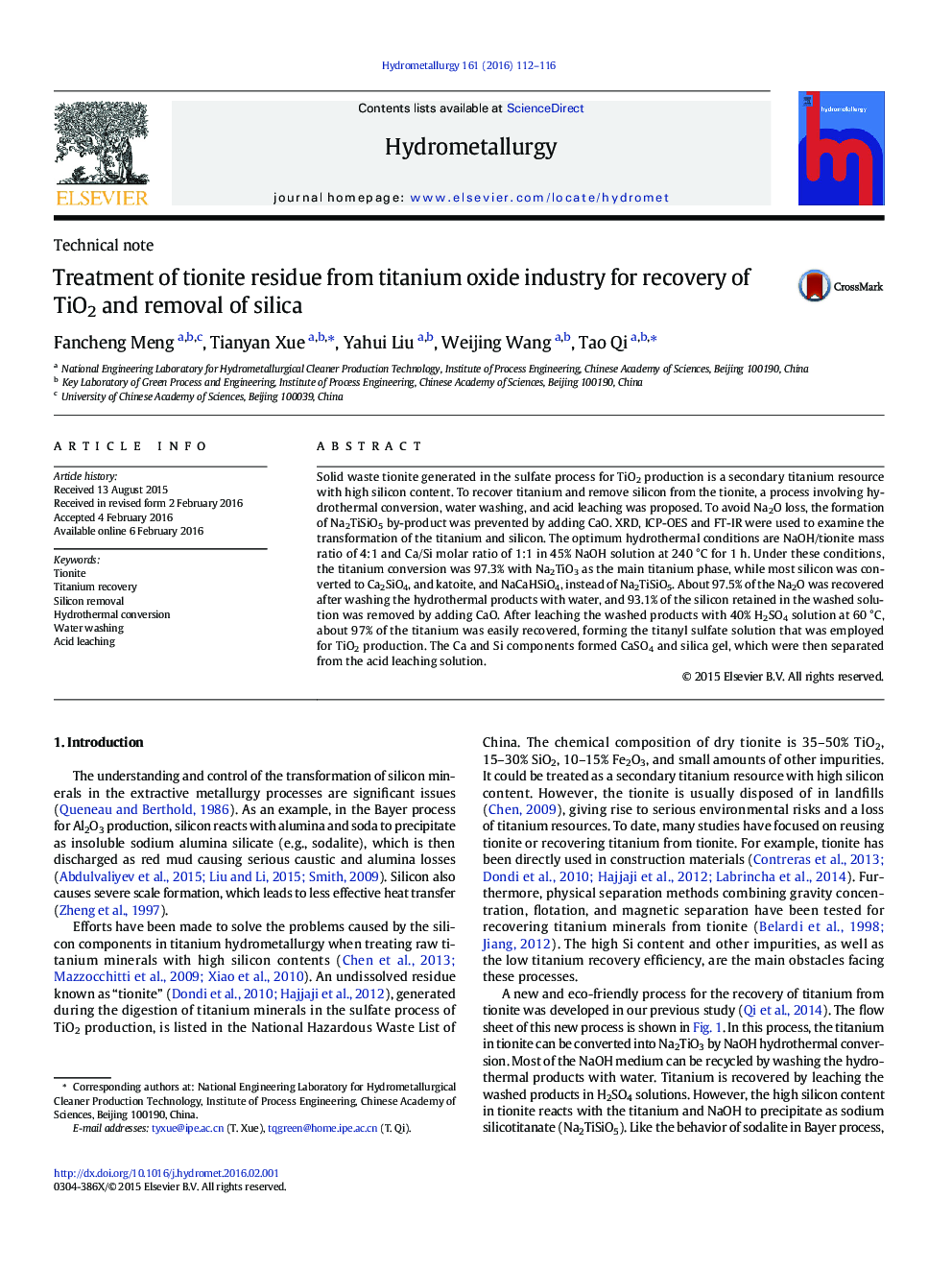 • Recovery of Ti and removal of Si from tionite were investigated.
• Ti in tionite was converted to Na2TiO3 in the NaOH–CaO hydrothermal system.
• Na2TiSiO5 was prevented by adding CaO with Ca2SiO4, katoite and NaCaHSiO4 formed.
• Most Na2O in hydrothermal products was recovered by water washing.
• Ti in washed products was easily leached in acid for TiO2 production.

Solid waste tionite generated in the sulfate process for TiO2 production is a secondary titanium resource with high silicon content. To recover titanium and remove silicon from the tionite, a process involving hydrothermal conversion, water washing, and acid leaching was proposed. To avoid Na2O loss, the formation of Na2TiSiO5 by-product was prevented by adding CaO. XRD, ICP-OES and FT-IR were used to examine the transformation of the titanium and silicon. The optimum hydrothermal conditions are NaOH/tionite mass ratio of 4:1 and Ca/Si molar ratio of 1:1 in 45% NaOH solution at 240 °C for 1 h. Under these conditions, the titanium conversion was 97.3% with Na2TiO3 as the main titanium phase, while most silicon was converted to Ca2SiO4, and katoite, and NaCaHSiO4, instead of Na2TiSiO5. About 97.5% of the Na2O was recovered after washing the hydrothermal products with water, and 93.1% of the silicon retained in the washed solution was removed by adding CaO. After leaching the washed products with 40% H2SO4 solution at 60 °C, about 97% of the titanium was easily recovered, forming the titanyl sulfate solution that was employed for TiO2 production. The Ca and Si components formed CaSO4 and silica gel, which were then separated from the acid leaching solution.