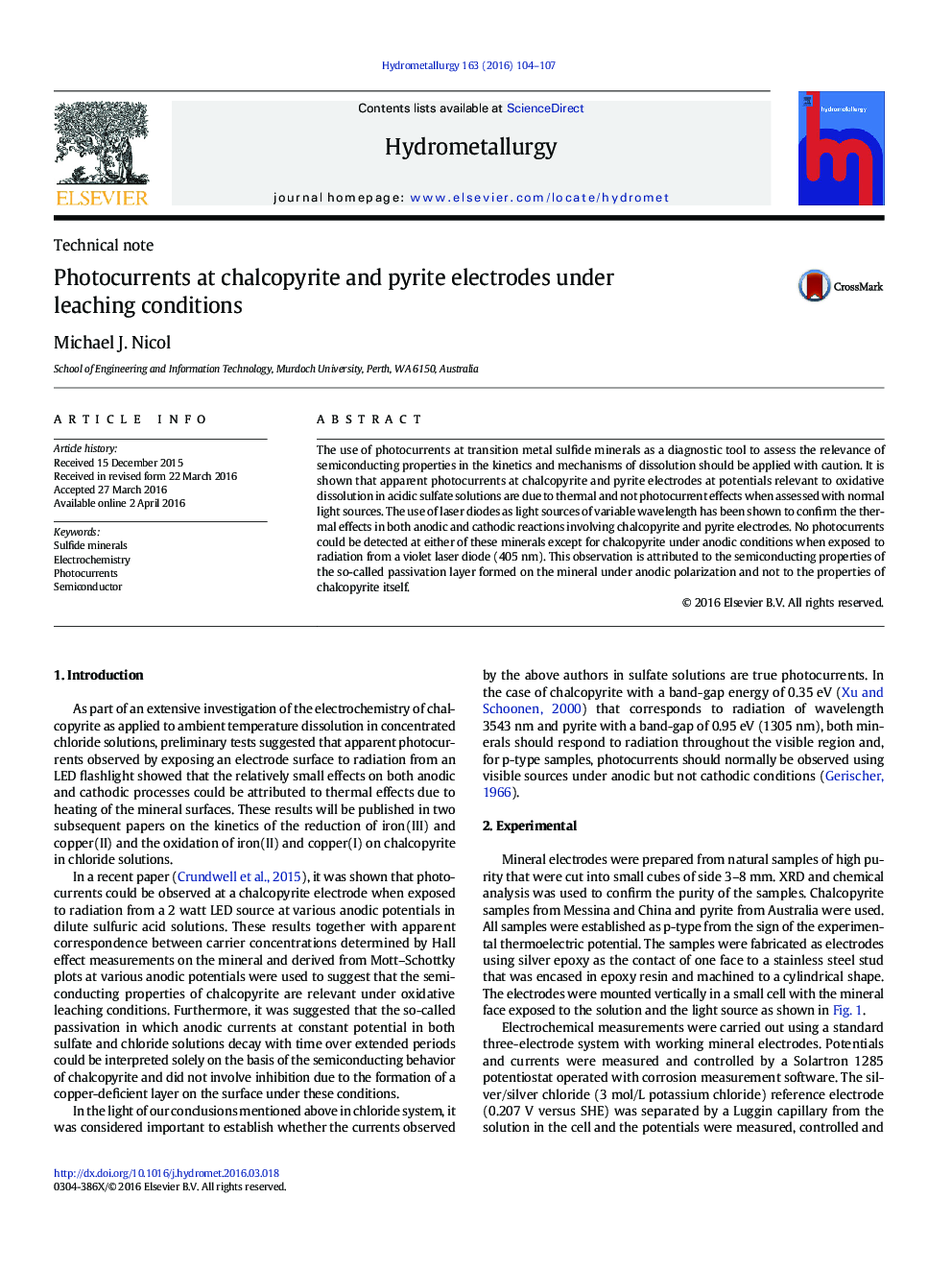 The use of photocurrents at transition metal sulfide minerals as a diagnostic tool to assess the relevance of semiconducting properties in the kinetics and mechanisms of dissolution should be applied with caution. It is shown that apparent photocurrents at chalcopyrite and pyrite electrodes at potentials relevant to oxidative dissolution in acidic sulfate solutions are due to thermal and not photocurrent effects when assessed with normal light sources. The use of laser diodes as light sources of variable wavelength has been shown to confirm the thermal effects in both anodic and cathodic reactions involving chalcopyrite and pyrite electrodes. No photocurrents could be detected at either of these minerals except for chalcopyrite under anodic conditions when exposed to radiation from a violet laser diode (405 nm). This observation is attributed to the semiconducting properties of the so-called passivation layer formed on the mineral under anodic polarization and not to the properties of chalcopyrite itself.