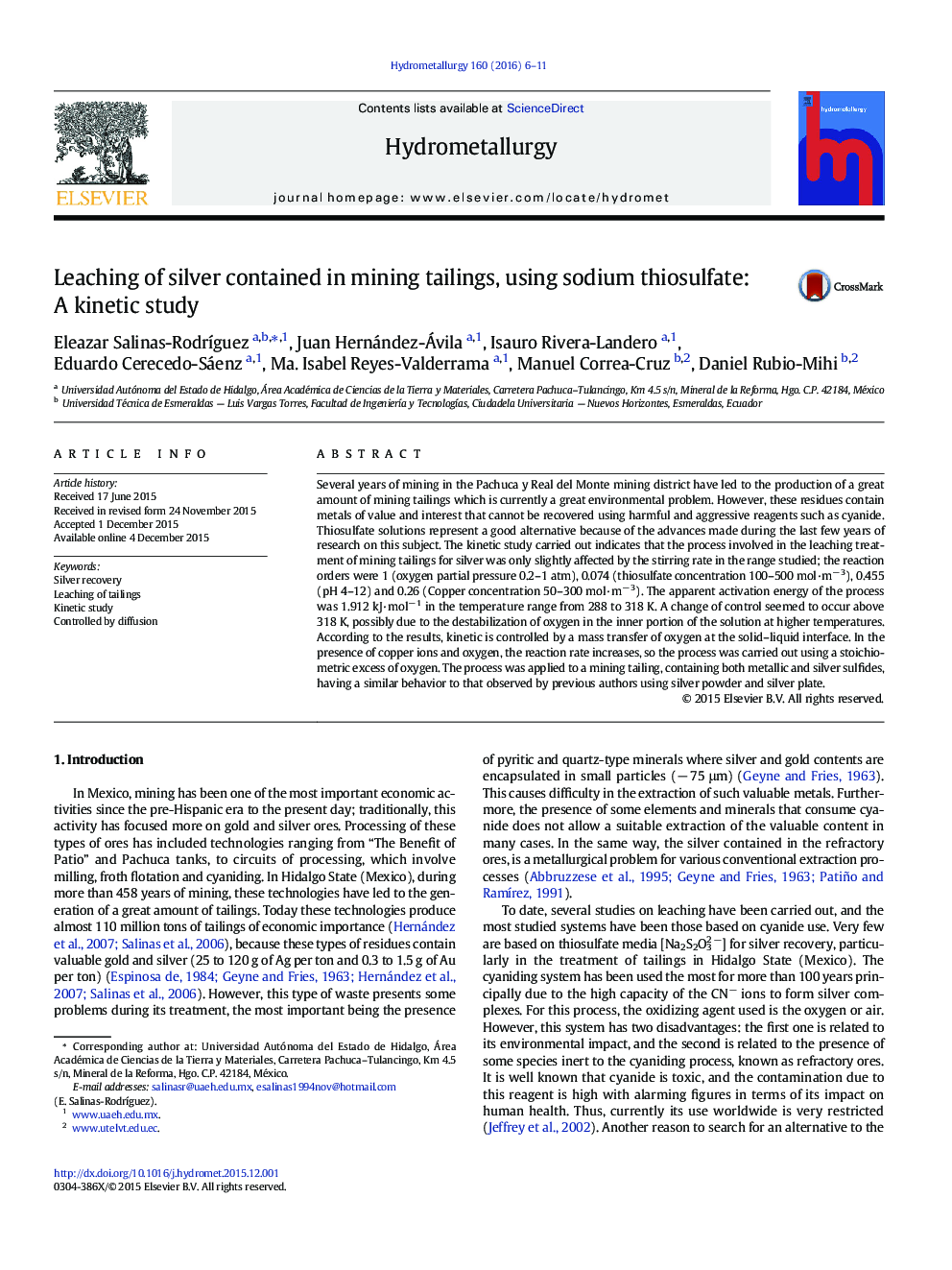 • We execute a kinetics study of silver leaching from tailings, using thiosulfate.
• Reaction orders are 1 (oxygen), 0.07 (thiosulfate), 0.45 (pH) and 0.26 (copper).
• The activation energy in the range of temperatures 288–328 K was 1.91 kJ·mol− 1.
• The kinetics is controlled by, mass transfer of oxygen, in the solid–liquid surface.
• The presence of Cu2 + in the system increases silver leaching rate.

Several years of mining in the Pachuca y Real del Monte mining district have led to the production of a great amount of mining tailings which is currently a great environmental problem. However, these residues contain metals of value and interest that cannot be recovered using harmful and aggressive reagents such as cyanide. Thiosulfate solutions represent a good alternative because of the advances made during the last few years of research on this subject. The kinetic study carried out indicates that the process involved in the leaching treatment of mining tailings for silver was only slightly affected by the stirring rate in the range studied; the reaction orders were 1 (oxygen partial pressure 0.2–1 atm), 0.074 (thiosulfate concentration 100–500 mol·m− 3), 0.455 (pH 4–12) and 0.26 (Copper concentration 50–300 mol·m− 3). The apparent activation energy of the process was 1.912 kJ·mol− 1 in the temperature range from 288 to 318 K. A change of control seemed to occur above 318 K, possibly due to the destabilization of oxygen in the inner portion of the solution at higher temperatures. According to the results, kinetic is controlled by a mass transfer of oxygen at the solid–liquid interface. In the presence of copper ions and oxygen, the reaction rate increases, so the process was carried out using a stoichiometric excess of oxygen. The process was applied to a mining tailing, containing both metallic and silver sulfides, having a similar behavior to that observed by previous authors using silver powder and silver plate.