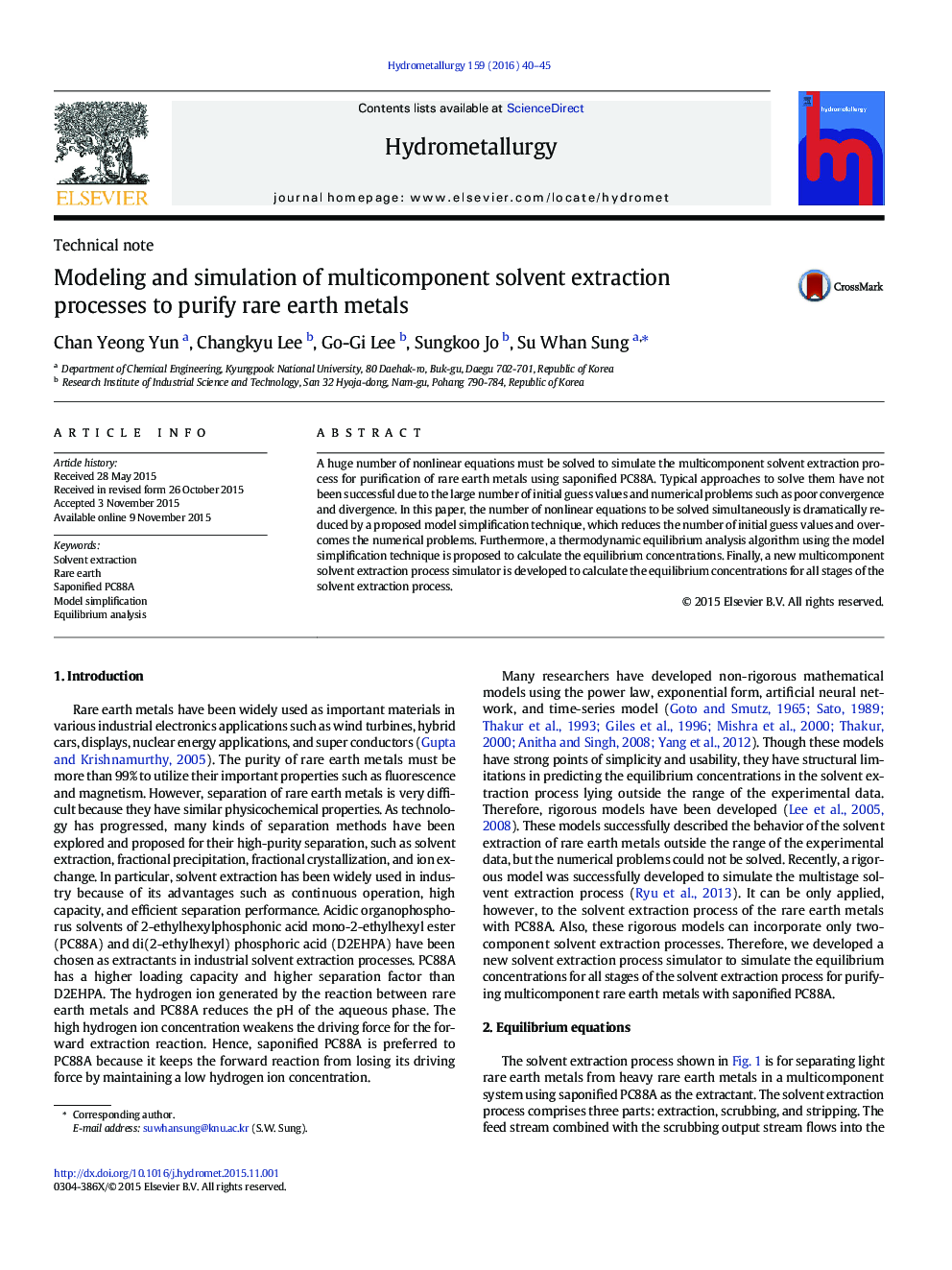 A huge number of nonlinear equations must be solved to simulate the multicomponent solvent extraction process for purification of rare earth metals using saponified PC88A. Typical approaches to solve them have not been successful due to the large number of initial guess values and numerical problems such as poor convergence and divergence. In this paper, the number of nonlinear equations to be solved simultaneously is dramatically reduced by a proposed model simplification technique, which reduces the number of initial guess values and overcomes the numerical problems. Furthermore, a thermodynamic equilibrium analysis algorithm using the model simplification technique is proposed to calculate the equilibrium concentrations. Finally, a new multicomponent solvent extraction process simulator is developed to calculate the equilibrium concentrations for all stages of the solvent extraction process.