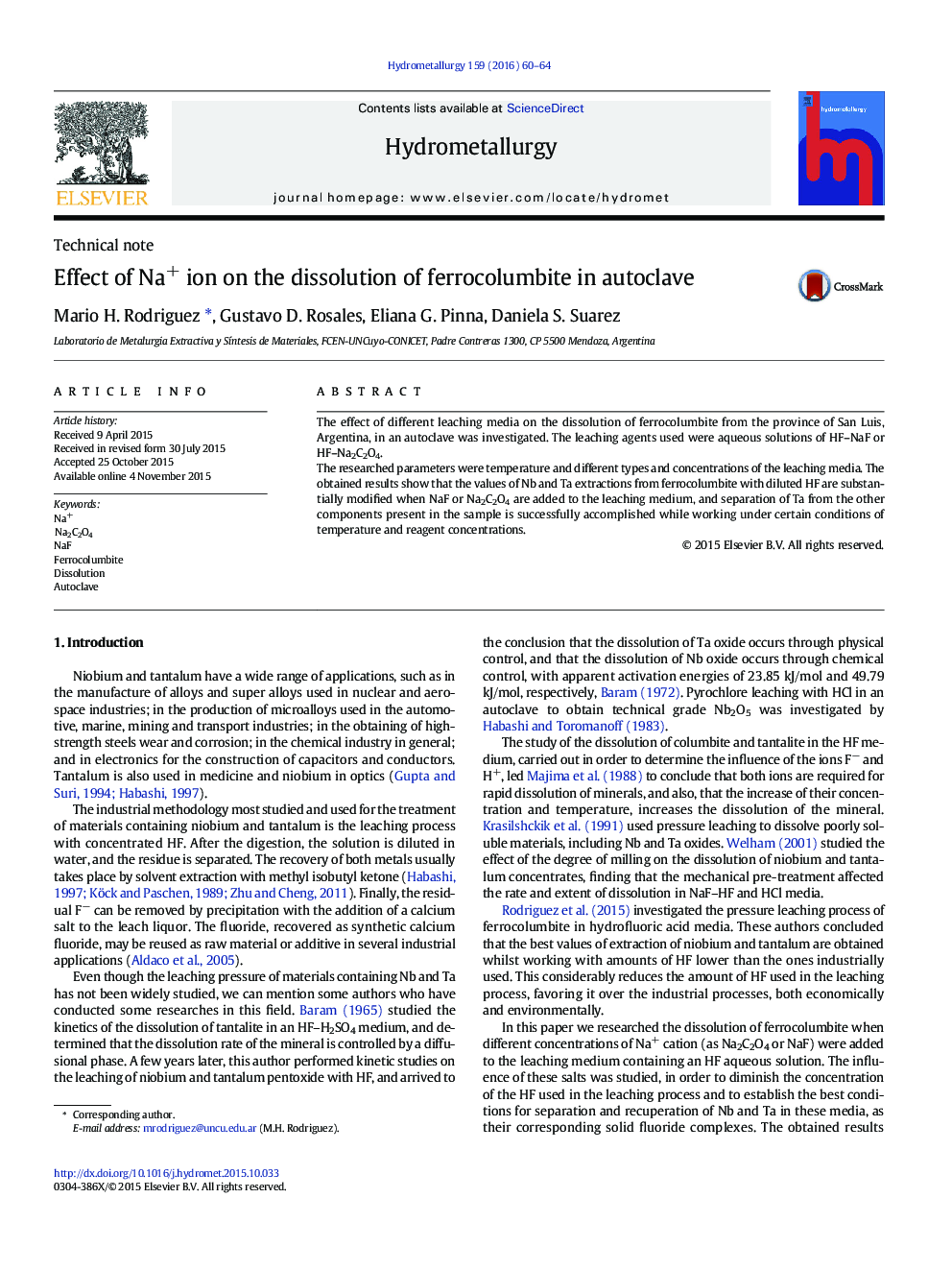 • The effect of NaF or Na2C2O4 addition to the leaching medium was studied.
• The addition of NaF or NaC2O4 achieves a partial separation of Ta.
• The extraction efficiency of Nb and Ta was close to 75%.

The effect of different leaching media on the dissolution of ferrocolumbite from the province of San Luis, Argentina, in an autoclave was investigated. The leaching agents used were aqueous solutions of HF–NaF or HF–Na2C2O4.The researched parameters were temperature and different types and concentrations of the leaching media. The obtained results show that the values of Nb and Ta extractions from ferrocolumbite with diluted HF are substantially modified when NaF or Na2C2O4 are added to the leaching medium, and separation of Ta from the other components present in the sample is successfully accomplished while working under certain conditions of temperature and reagent concentrations.