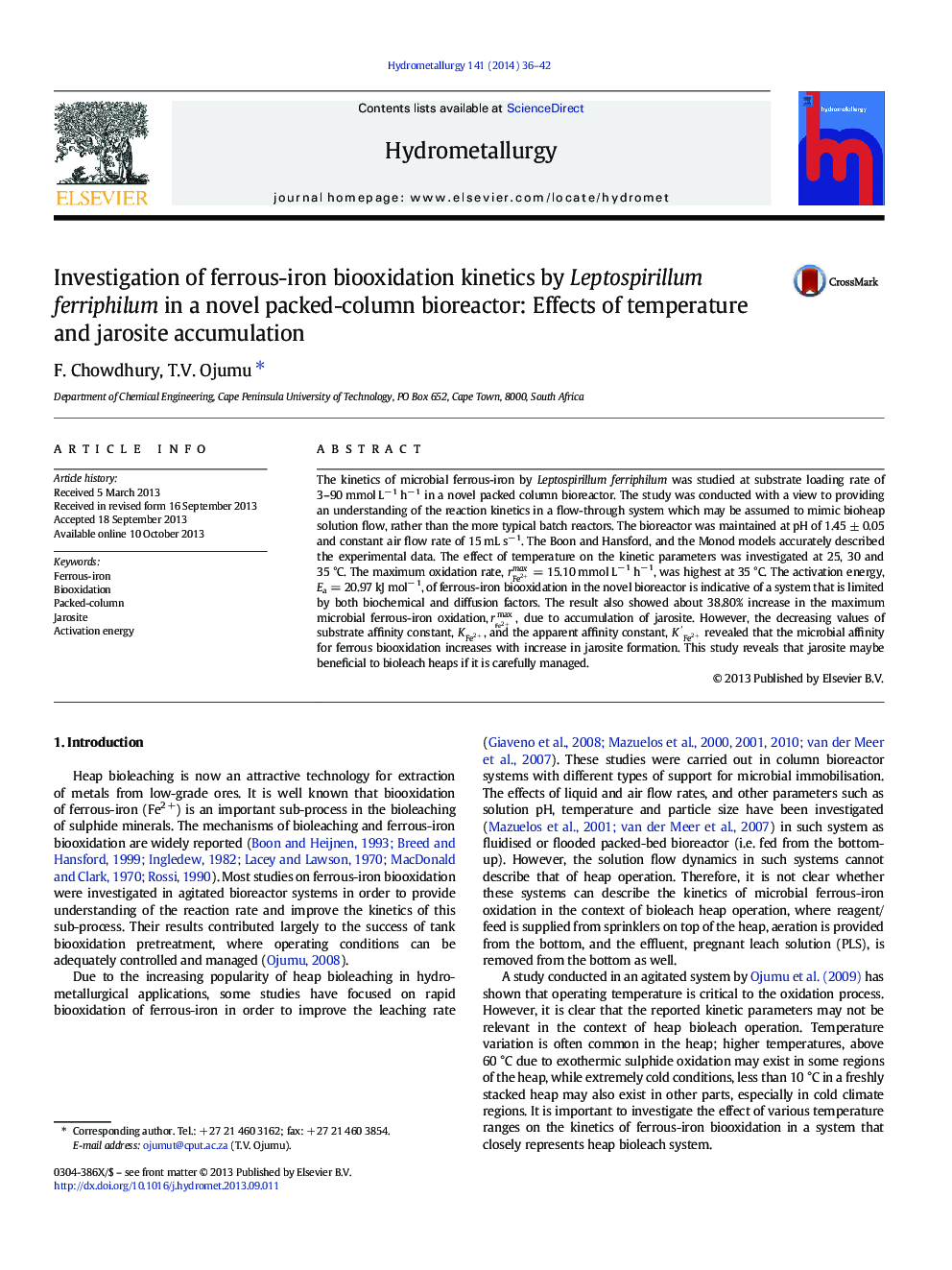 The kinetics of microbial ferrous-iron by Leptospirillum ferriphilum was studied at substrate loading rate of 3–90 mmol L− 1 h− 1 in a novel packed column bioreactor. The study was conducted with a view to providing an understanding of the reaction kinetics in a flow-through system which may be assumed to mimic bioheap solution flow, rather than the more typical batch reactors. The bioreactor was maintained at pH of 1.45 ± 0.05 and constant air flow rate of 15 mL s− 1. The Boon and Hansford, and the Monod models accurately described the experimental data. The effect of temperature on the kinetic parameters was investigated at 25, 30 and 35 °C. The maximum oxidation rate, rFe2+max = 15.10 mmol L− 1 h− 1, was highest at 35 °C. The activation energy, Ea = 20.97 kJ mol− 1, of ferrous-iron biooxidation in the novel bioreactor is indicative of a system that is limited by both biochemical and diffusion factors. The result also showed about 38.80% increase in the maximum microbial ferrous-iron oxidation,rFe2+max, due to accumulation of jarosite. However, the decreasing values of substrate affinity constant, KFe2+KFe2+, and the apparent affinity constant, K′Fe2+K′Fe2+ revealed that the microbial affinity for ferrous biooxidation increases with increase in jarosite formation. This study reveals that jarosite maybe beneficial to bioleach heaps if it is carefully managed.