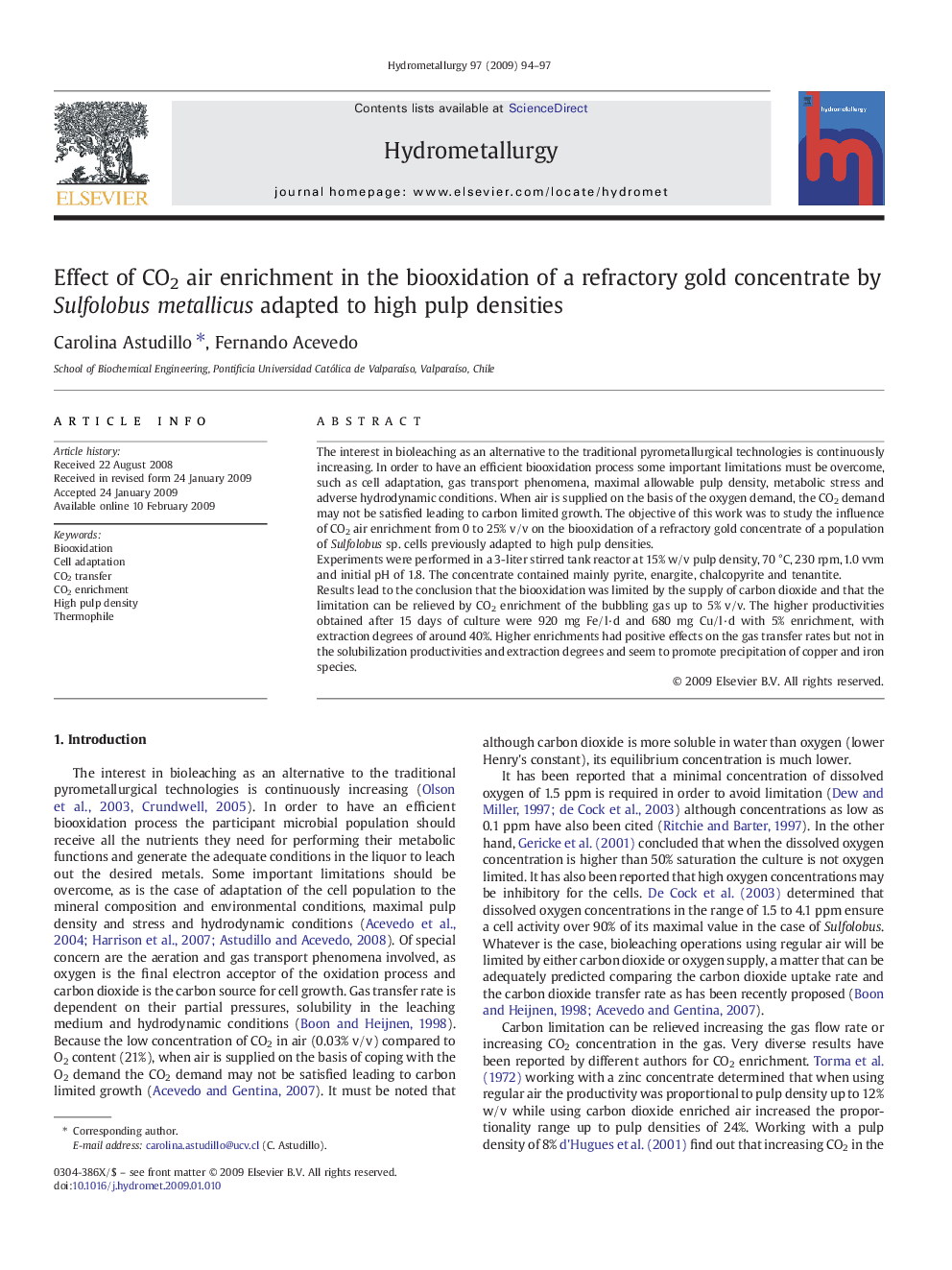 The interest in bioleaching as an alternative to the traditional pyrometallurgical technologies is continuously increasing. In order to have an efficient biooxidation process some important limitations must be overcome, such as cell adaptation, gas transport phenomena, maximal allowable pulp density, metabolic stress and adverse hydrodynamic conditions. When air is supplied on the basis of the oxygen demand, the CO2 demand may not be satisfied leading to carbon limited growth. The objective of this work was to study the influence of CO2 air enrichment from 0 to 25% v/v on the biooxidation of a refractory gold concentrate of a population of Sulfolobus sp. cells previously adapted to high pulp densities.Experiments were performed in a 3-liter stirred tank reactor at 15% w/v pulp density, 70 °C, 230 rpm, 1.0 vvm and initial pH of 1.8. The concentrate contained mainly pyrite, enargite, chalcopyrite and tenantite.Results lead to the conclusion that the biooxidation was limited by the supply of carbon dioxide and that the limitation can be relieved by CO2 enrichment of the bubbling gas up to 5% v/v. The higher productivities obtained after 15 days of culture were 920 mg Fe/l·d and 680 mg Cu/l·d with 5% enrichment, with extraction degrees of around 40%. Higher enrichments had positive effects on the gas transfer rates but not in the solubilization productivities and extraction degrees and seem to promote precipitation of copper and iron species.