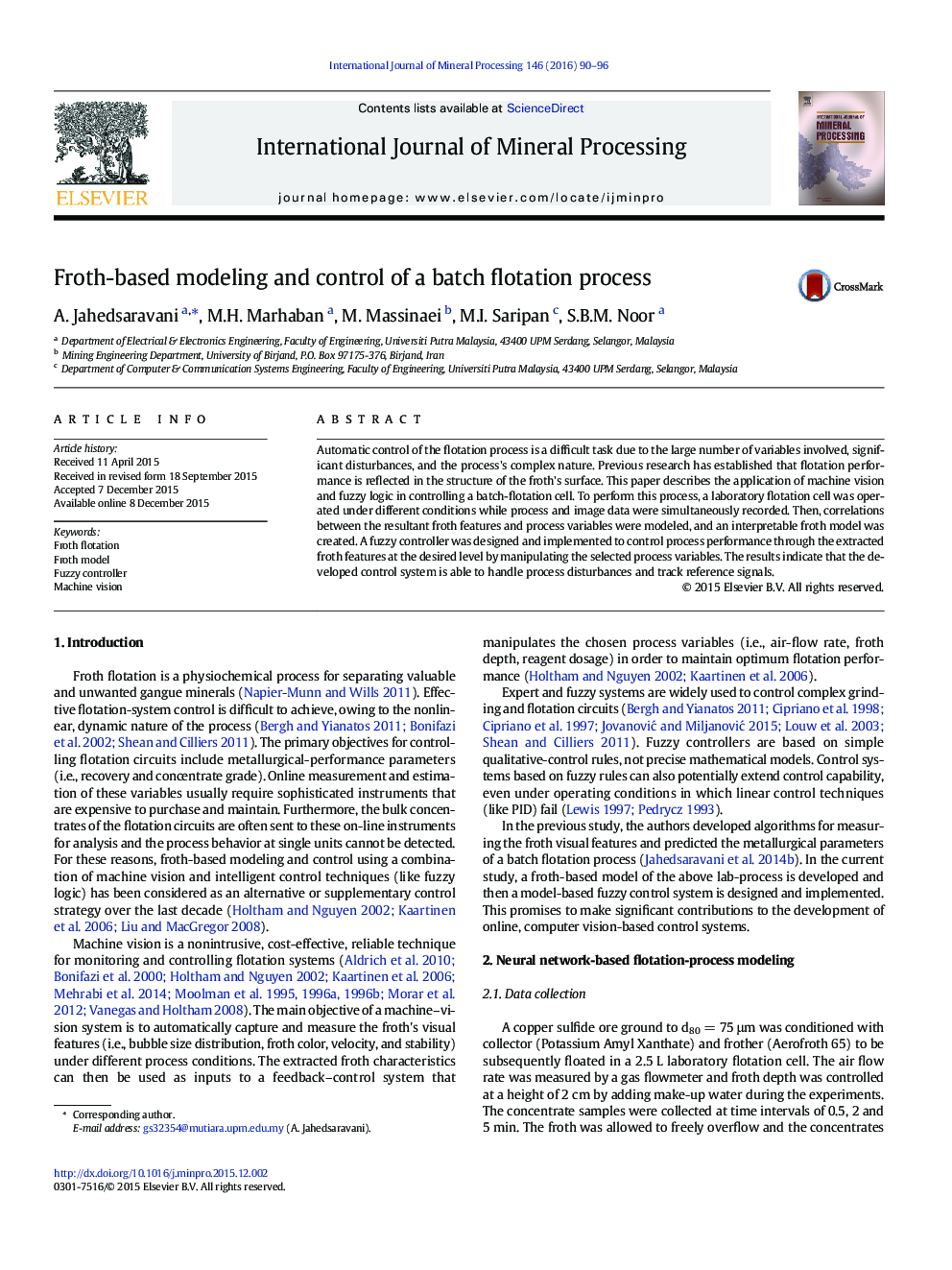 • Machine vision and fuzzy logic were integrated to control a batch flotation system.
• Correlation between froth structure and process variables was modeled.
• A fuzzy controller was successfully designed and implemented.

Automatic control of the flotation process is a difficult task due to the large number of variables involved, significant disturbances, and the process's complex nature. Previous research has established that flotation performance is reflected in the structure of the froth's surface. This paper describes the application of machine vision and fuzzy logic in controlling a batch-flotation cell. To perform this process, a laboratory flotation cell was operated under different conditions while process and image data were simultaneously recorded. Then, correlations between the resultant froth features and process variables were modeled, and an interpretable froth model was created. A fuzzy controller was designed and implemented to control process performance through the extracted froth features at the desired level by manipulating the selected process variables. The results indicate that the developed control system is able to handle process disturbances and track reference signals.