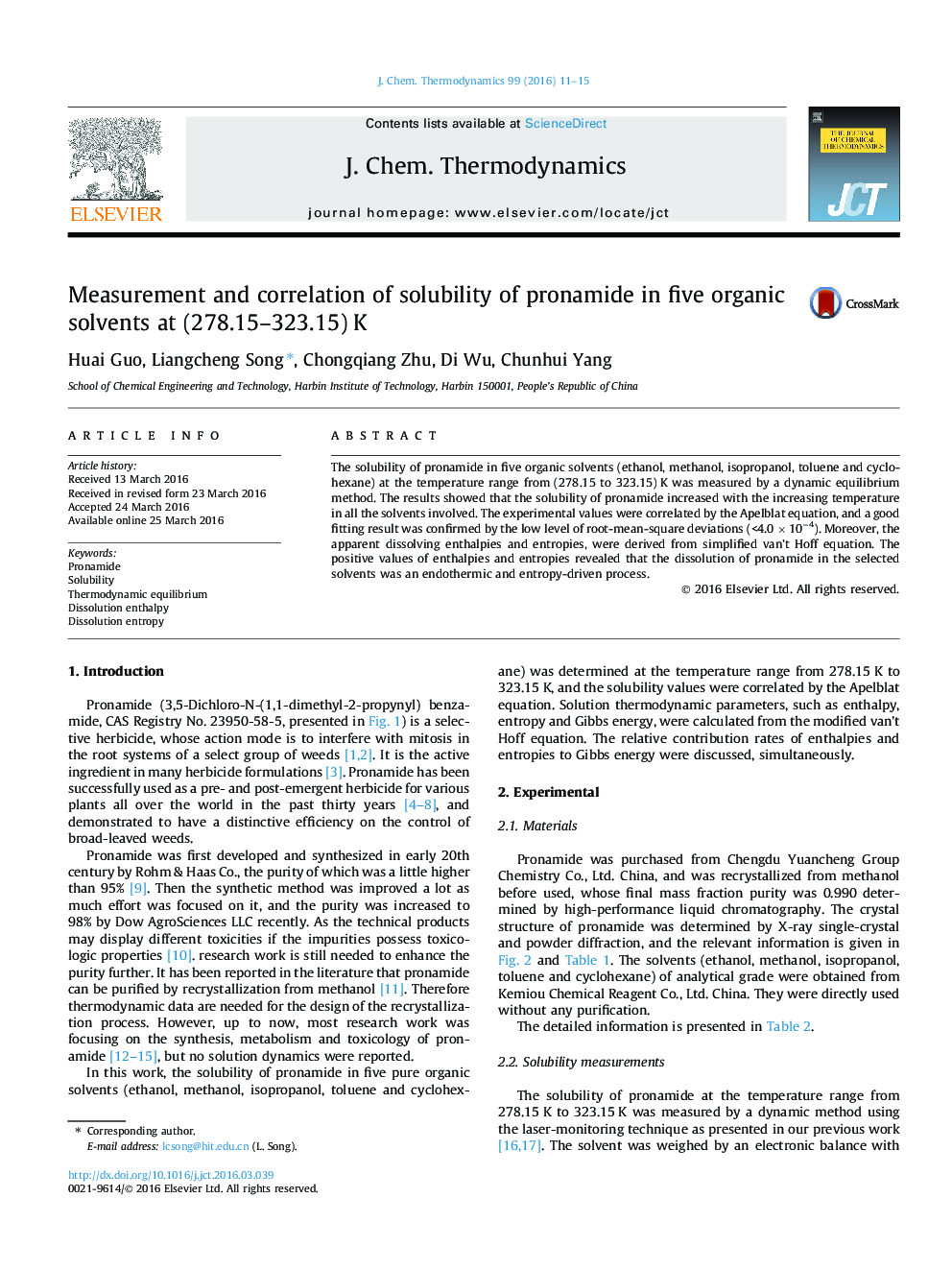 • The solubility of pronamide in five typical solvents was determined by a dynamic equilibrium method.
• The experimental solubility data were correlated by the Apelblat equation with a good fitting result.
• The pronamide dissolving process in each solvent involved was endothermic, entropy-driven and non-spontaneous.
• The main contributor to dissolving Gibbs free energy of pronamide was enthalpy.

The solubility of pronamide in five organic solvents (ethanol, methanol, isopropanol, toluene and cyclohexane) at the temperature range from (278.15 to 323.15) K was measured by a dynamic equilibrium method. The results showed that the solubility of pronamide increased with the increasing temperature in all the solvents involved. The experimental values were correlated by the Apelblat equation, and a good fitting result was confirmed by the low level of root-mean-square deviations (<4.0 × 10−4). Moreover, the apparent dissolving enthalpies and entropies, were derived from simplified van’t Hoff equation. The positive values of enthalpies and entropies revealed that the dissolution of pronamide in the selected solvents was an endothermic and entropy-driven process.