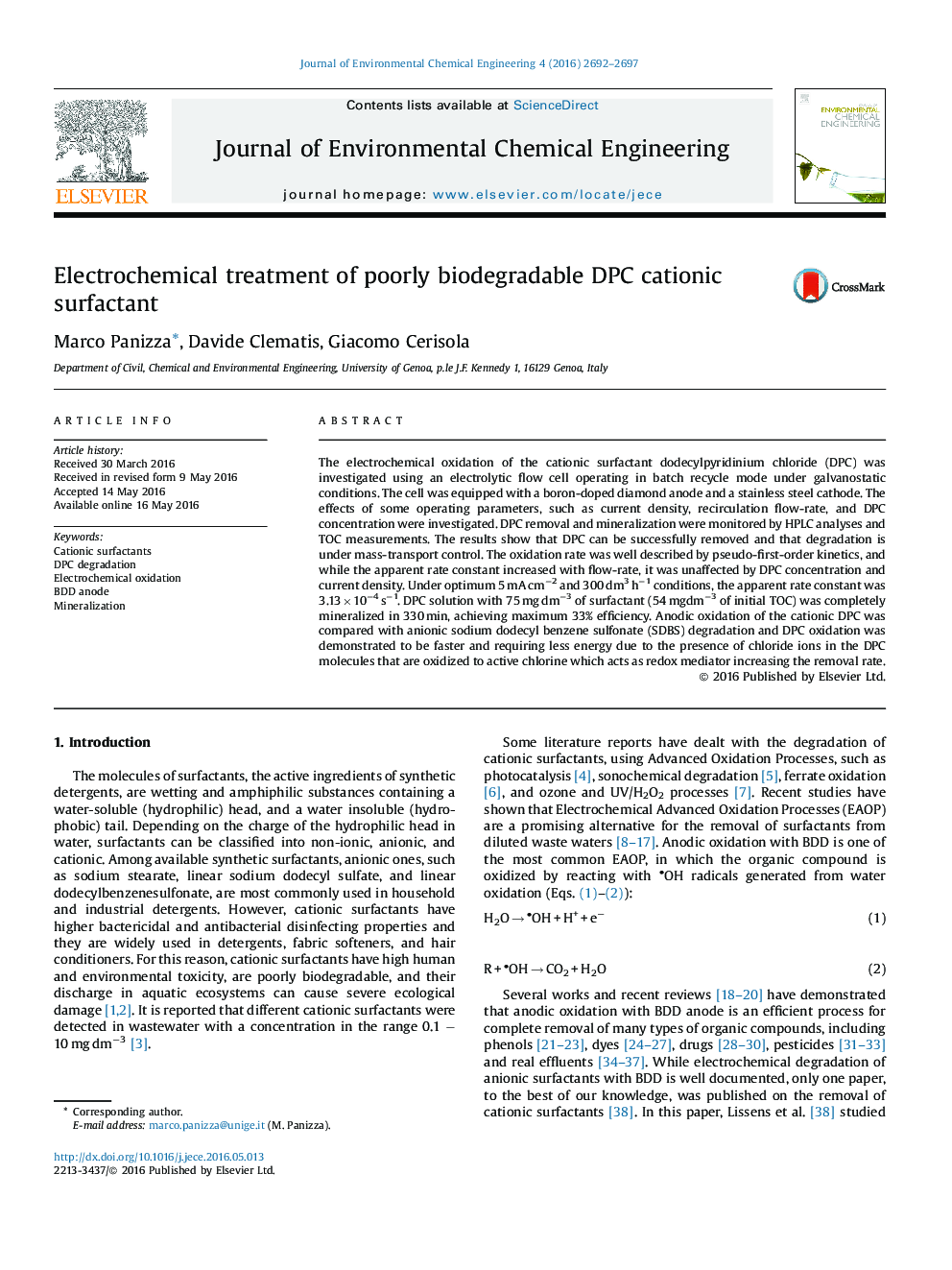 The electrochemical oxidation of the cationic surfactant dodecylpyridinium chloride (DPC) was investigated using an electrolytic flow cell operating in batch recycle mode under galvanostatic conditions. The cell was equipped with a boron-doped diamond anode and a stainless steel cathode. The effects of some operating parameters, such as current density, recirculation flow-rate, and DPC concentration were investigated. DPC removal and mineralization were monitored by HPLC analyses and TOC measurements. The results show that DPC can be successfully removed and that degradation is under mass-transport control. The oxidation rate was well described by pseudo-first-order kinetics, and while the apparent rate constant increased with flow-rate, it was unaffected by DPC concentration and current density. Under optimum 5 mA cm−2 and 300 dm3 h−1 conditions, the apparent rate constant was 3.13 × 10−4 s−1. DPC solution with 75 mg dm−3 of surfactant (54 mgdm−3 of initial TOC) was completely mineralized in 330 min, achieving maximum 33% efficiency. Anodic oxidation of the cationic DPC was compared with anionic sodium dodecyl benzene sulfonate (SDBS) degradation and DPC oxidation was demonstrated to be faster and requiring less energy due to the presence of chloride ions in the DPC molecules that are oxidized to active chlorine which acts as redox mediator increasing the removal rate.