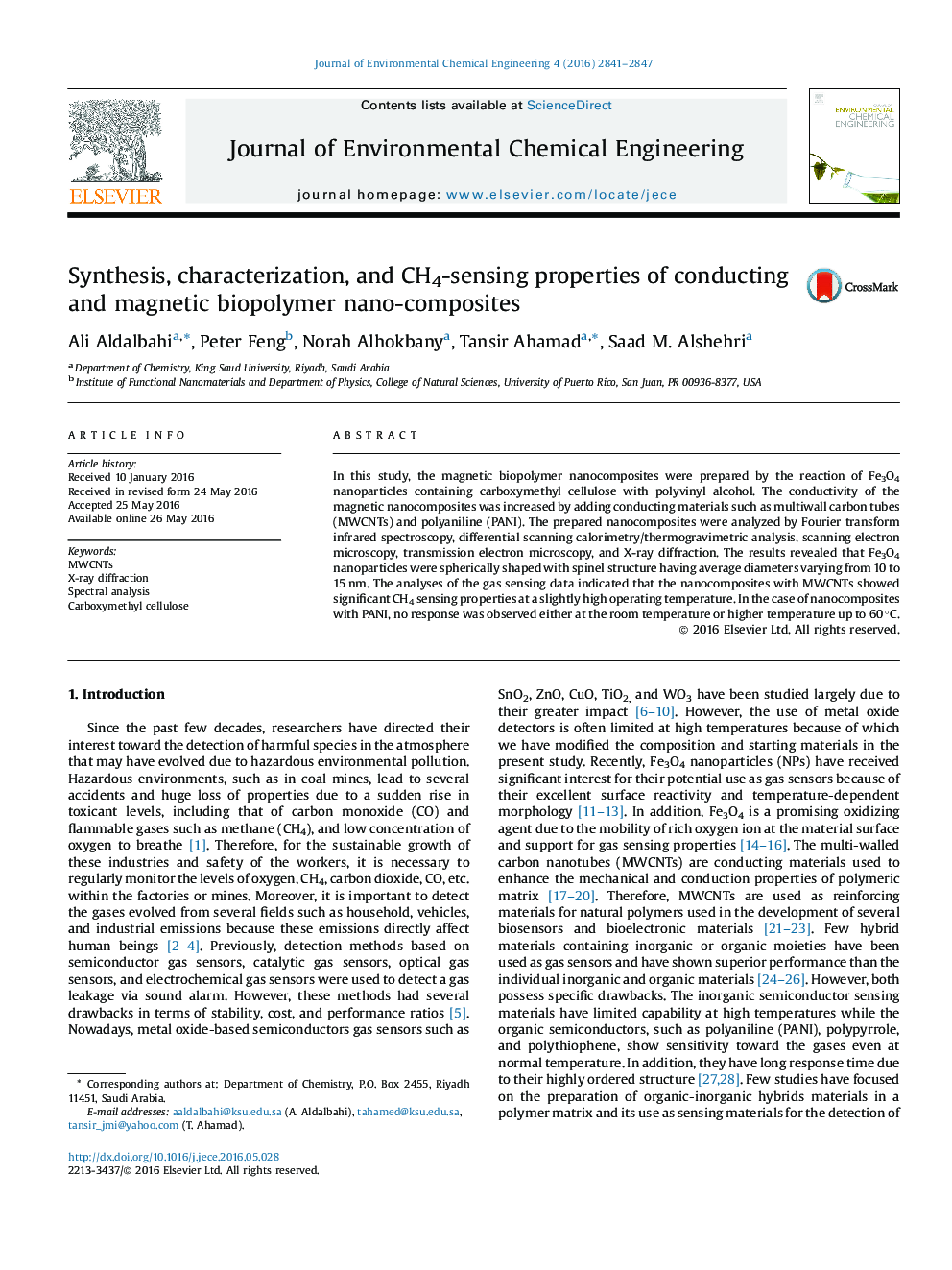 In this study, the magnetic biopolymer nanocomposites were prepared by the reaction of Fe3O4 nanoparticles containing carboxymethyl cellulose with polyvinyl alcohol. The conductivity of the magnetic nanocomposites was increased by adding conducting materials such as multiwall carbon tubes (MWCNTs) and polyaniline (PANI). The prepared nanocomposites were analyzed by Fourier transform infrared spectroscopy, differential scanning calorimetry/thermogravimetric analysis, scanning electron microscopy, transmission electron microscopy, and X-ray diffraction. The results revealed that Fe3O4 nanoparticles were spherically shaped with spinel structure having average diameters varying from 10 to 15 nm. The analyses of the gas sensing data indicated that the nanocomposites with MWCNTs showed significant CH4 sensing properties at a slightly high operating temperature. In the case of nanocomposites with PANI, no response was observed either at the room temperature or higher temperature up to 60 °C.