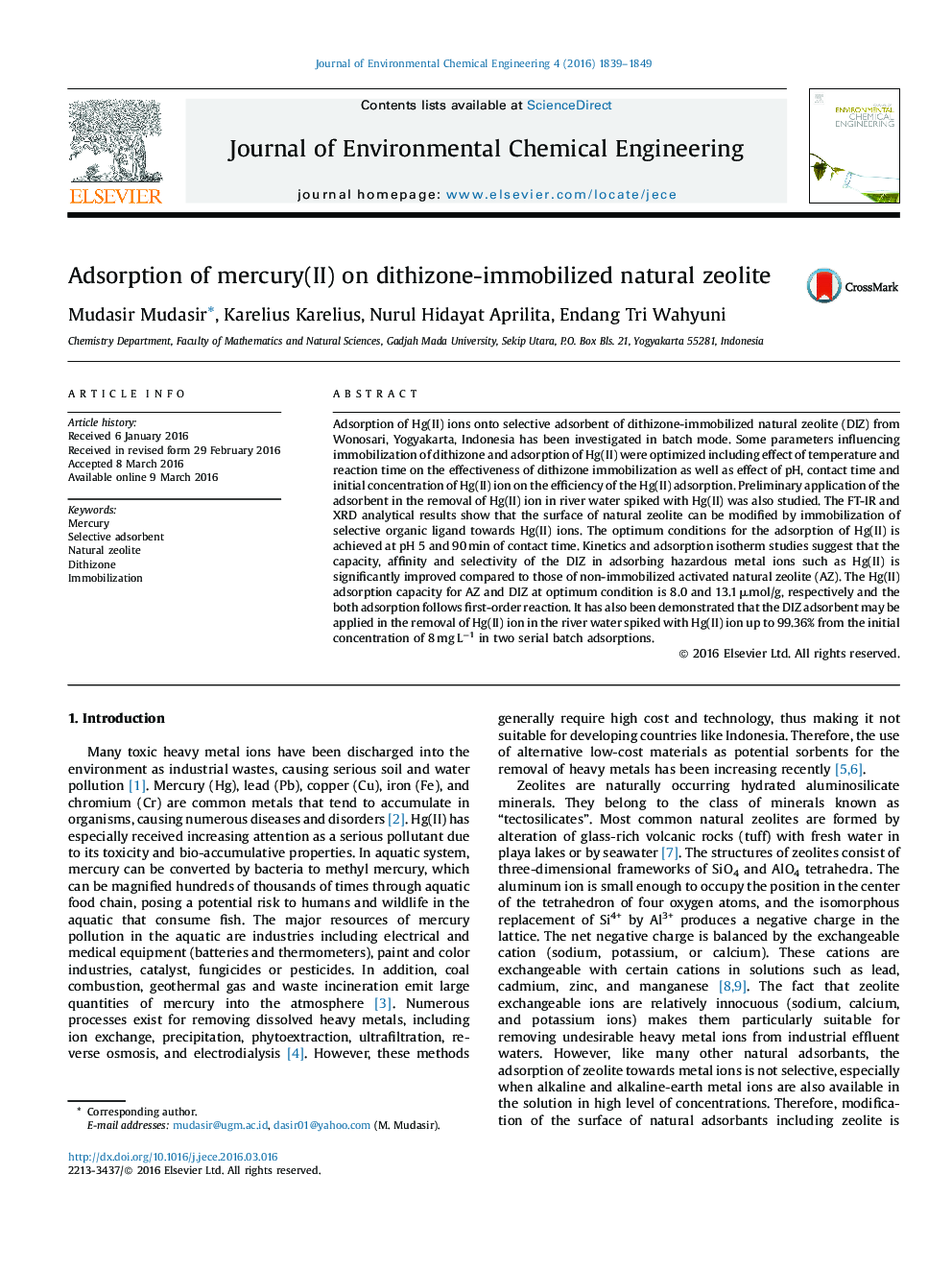 Adsorption of Hg(II) ions onto selective adsorbent of dithizone-immobilized natural zeolite (DIZ) from Wonosari, Yogyakarta, Indonesia has been investigated in batch mode. Some parameters influencing immobilization of dithizone and adsorption of Hg(II) were optimized including effect of temperature and reaction time on the effectiveness of dithizone immobilization as well as effect of pH, contact time and initial concentration of Hg(II) ion on the efficiency of the Hg(II) adsorption. Preliminary application of the adsorbent in the removal of Hg(II) ion in river water spiked with Hg(II) was also studied. The FT-IR and XRD analytical results show that the surface of natural zeolite can be modified by immobilization of selective organic ligand towards Hg(II) ions. The optimum conditions for the adsorption of Hg(II) is achieved at pH 5 and 90 min of contact time. Kinetics and adsorption isotherm studies suggest that the capacity, affinity and selectivity of the DIZ in adsorbing hazardous metal ions such as Hg(II) is significantly improved compared to those of non-immobilized activated natural zeolite (AZ). The Hg(II) adsorption capacity for AZ and DIZ at optimum condition is 8.0 and 13.1 μmol/g, respectively and the both adsorption follows first-order reaction. It has also been demonstrated that the DIZ adsorbent may be applied in the removal of Hg(II) ion in the river water spiked with Hg(II) ion up to 99.36% from the initial concentration of 8 mg L−1 in two serial batch adsorptions.