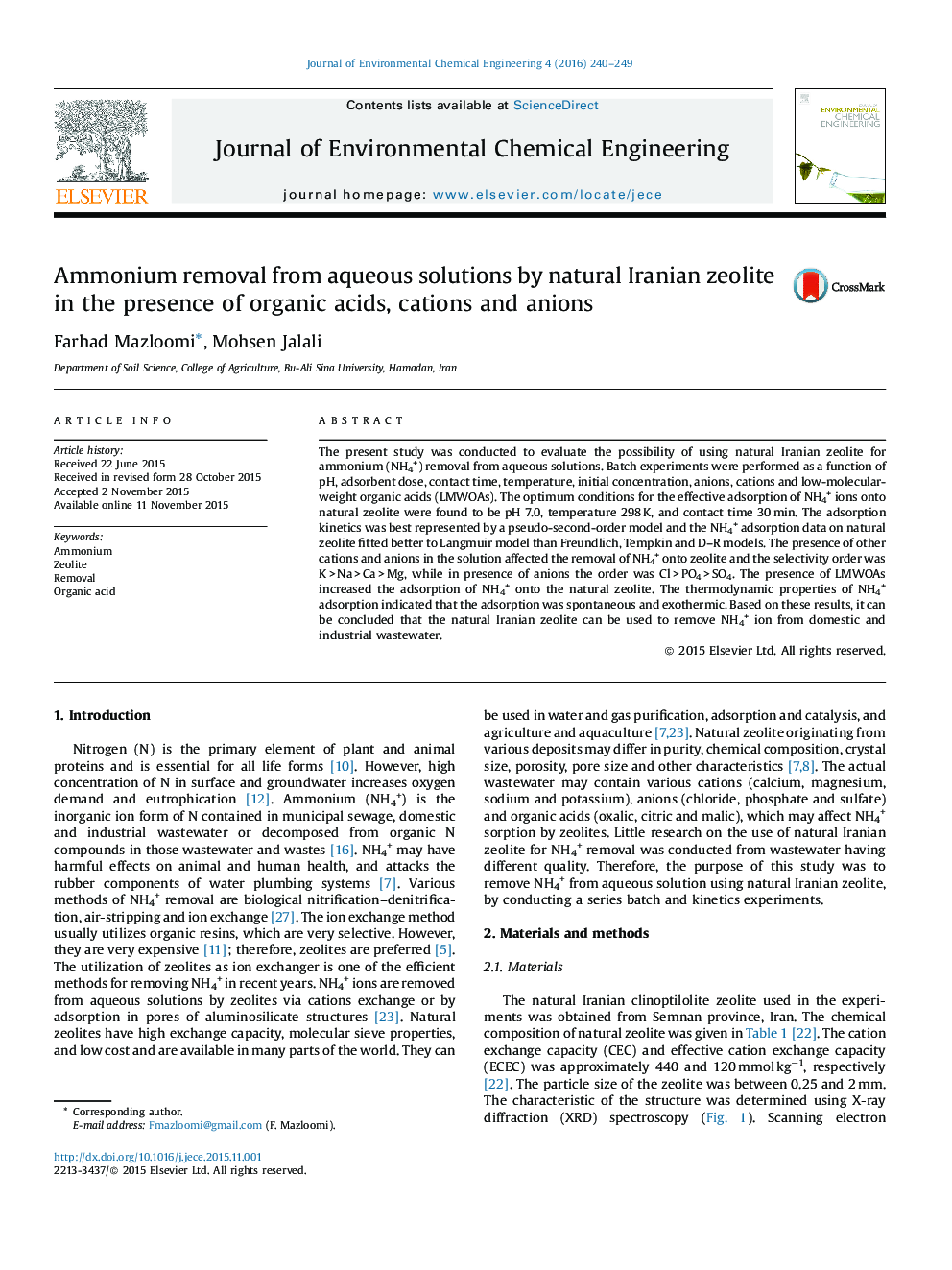 The present study was conducted to evaluate the possibility of using natural Iranian zeolite for ammonium (NH4+) removal from aqueous solutions. Batch experiments were performed as a function of pH, adsorbent dose, contact time, temperature, initial concentration, anions, cations and low-molecular-weight organic acids (LMWOAs). The optimum conditions for the effective adsorption of NH4+ ions onto natural zeolite were found to be pH 7.0, temperature 298 K, and contact time 30 min. The adsorption kinetics was best represented by a pseudo-second-order model and the NH4+ adsorption data on natural zeolite fitted better to Langmuir model than Freundlich, Tempkin and D–R models. The presence of other cations and anions in the solution affected the removal of NH4+ onto zeolite and the selectivity order was K > Na > Ca > Mg, while in presence of anions the order was Cl > PO4 > SO4. The presence of LMWOAs increased the adsorption of NH4+ onto the natural zeolite. The thermodynamic properties of NH4+ adsorption indicated that the adsorption was spontaneous and exothermic. Based on these results, it can be concluded that the natural Iranian zeolite can be used to remove NH4+ ion from domestic and industrial wastewater.