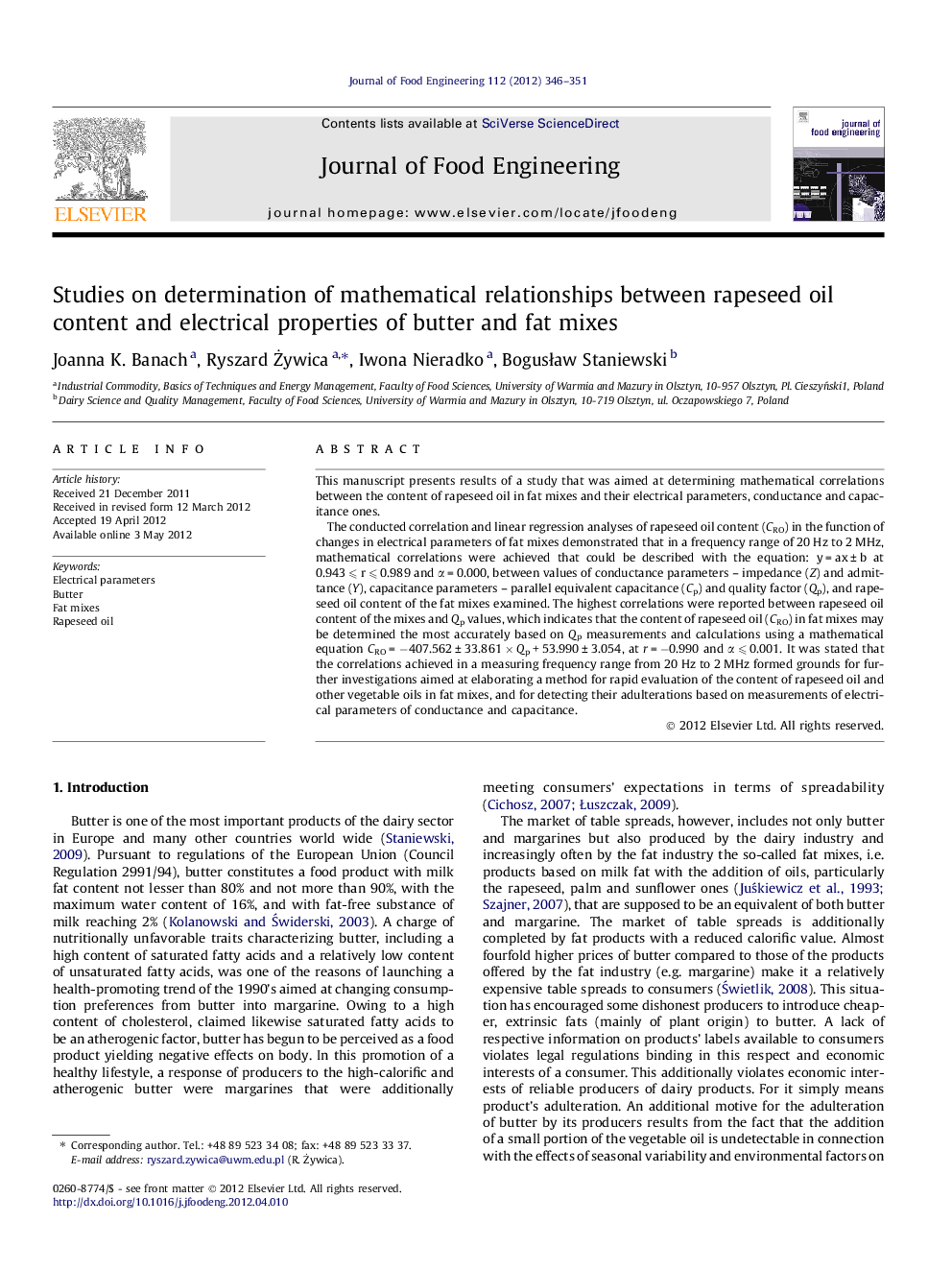 This manuscript presents results of a study that was aimed at determining mathematical correlations between the content of rapeseed oil in fat mixes and their electrical parameters, conductance and capacitance ones.The conducted correlation and linear regression analyses of rapeseed oil content (CRO) in the function of changes in electrical parameters of fat mixes demonstrated that in a frequency range of 20 Hz to 2 MHz, mathematical correlations were achieved that could be described with the equation: y = ax ± b at 0.943 ⩽ r ⩽ 0.989 and α = 0.000, between values of conductance parameters – impedance (Z) and admittance (Y), capacitance parameters – parallel equivalent capacitance (Cp) and quality factor (Qp), and rapeseed oil content of the fat mixes examined. The highest correlations were reported between rapeseed oil content of the mixes and Qp values, which indicates that the content of rapeseed oil (CRO) in fat mixes may be determined the most accurately based on Qp measurements and calculations using a mathematical equation CRO = −407.562 ± 33.861 × Qp + 53.990 ± 3.054, at r = −0.990 and α ⩽ 0.001. It was stated that the correlations achieved in a measuring frequency range from 20 Hz to 2 MHz formed grounds for further investigations aimed at elaborating a method for rapid evaluation of the content of rapeseed oil and other vegetable oils in fat mixes, and for detecting their adulterations based on measurements of electrical parameters of conductance and capacitance.