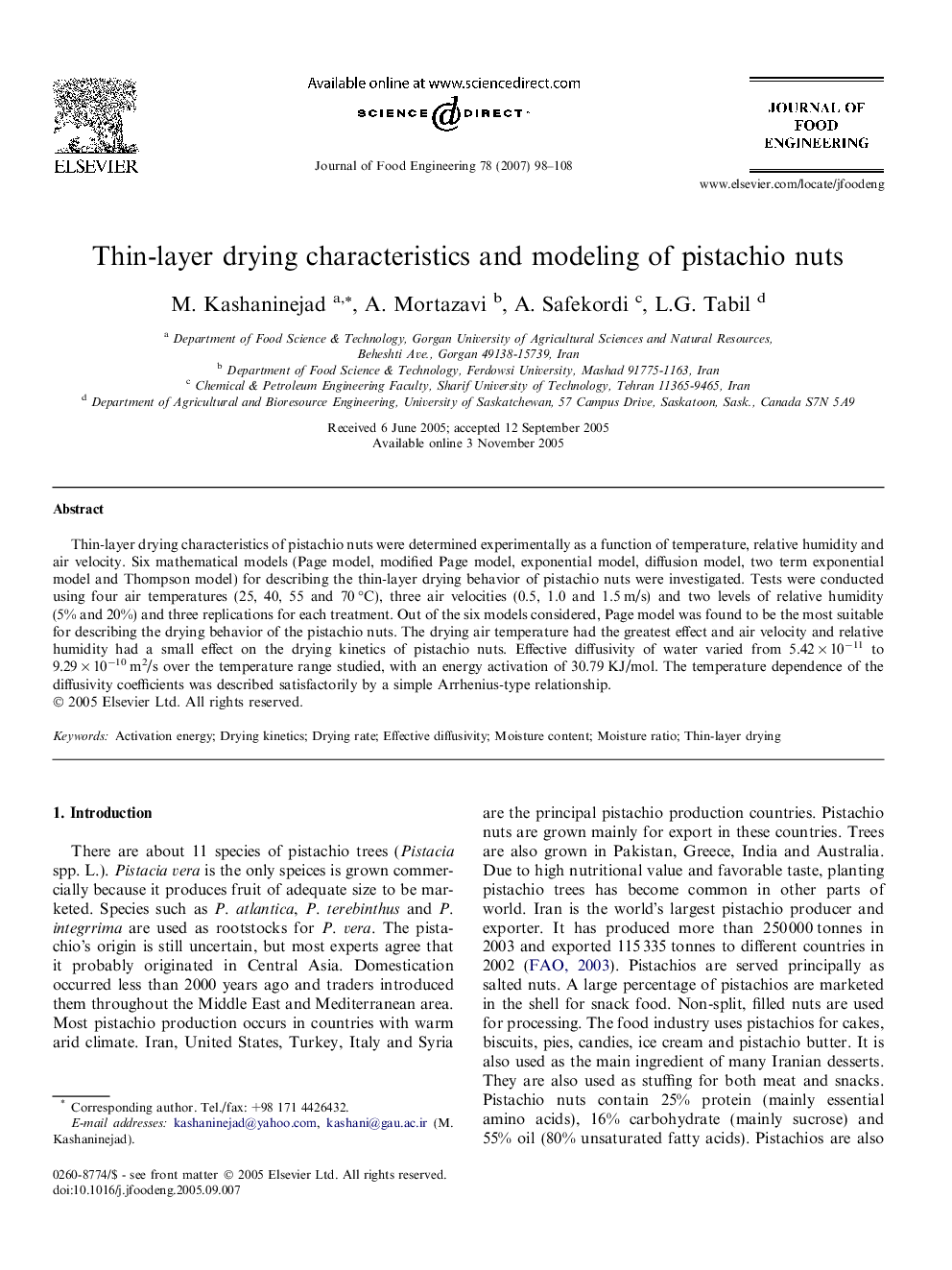 Thin-layer drying characteristics of pistachio nuts were determined experimentally as a function of temperature, relative humidity and air velocity. Six mathematical models (Page model, modified Page model, exponential model, diffusion model, two term exponential model and Thompson model) for describing the thin-layer drying behavior of pistachio nuts were investigated. Tests were conducted using four air temperatures (25, 40, 55 and 70 °C), three air velocities (0.5, 1.0 and 1.5 m/s) and two levels of relative humidity (5% and 20%) and three replications for each treatment. Out of the six models considered, Page model was found to be the most suitable for describing the drying behavior of the pistachio nuts. The drying air temperature had the greatest effect and air velocity and relative humidity had a small effect on the drying kinetics of pistachio nuts. Effective diffusivity of water varied from 5.42 × 10−11 to 9.29 × 10−10 m2/s over the temperature range studied, with an energy activation of 30.79 KJ/mol. The temperature dependence of the diffusivity coefficients was described satisfactorily by a simple Arrhenius-type relationship.