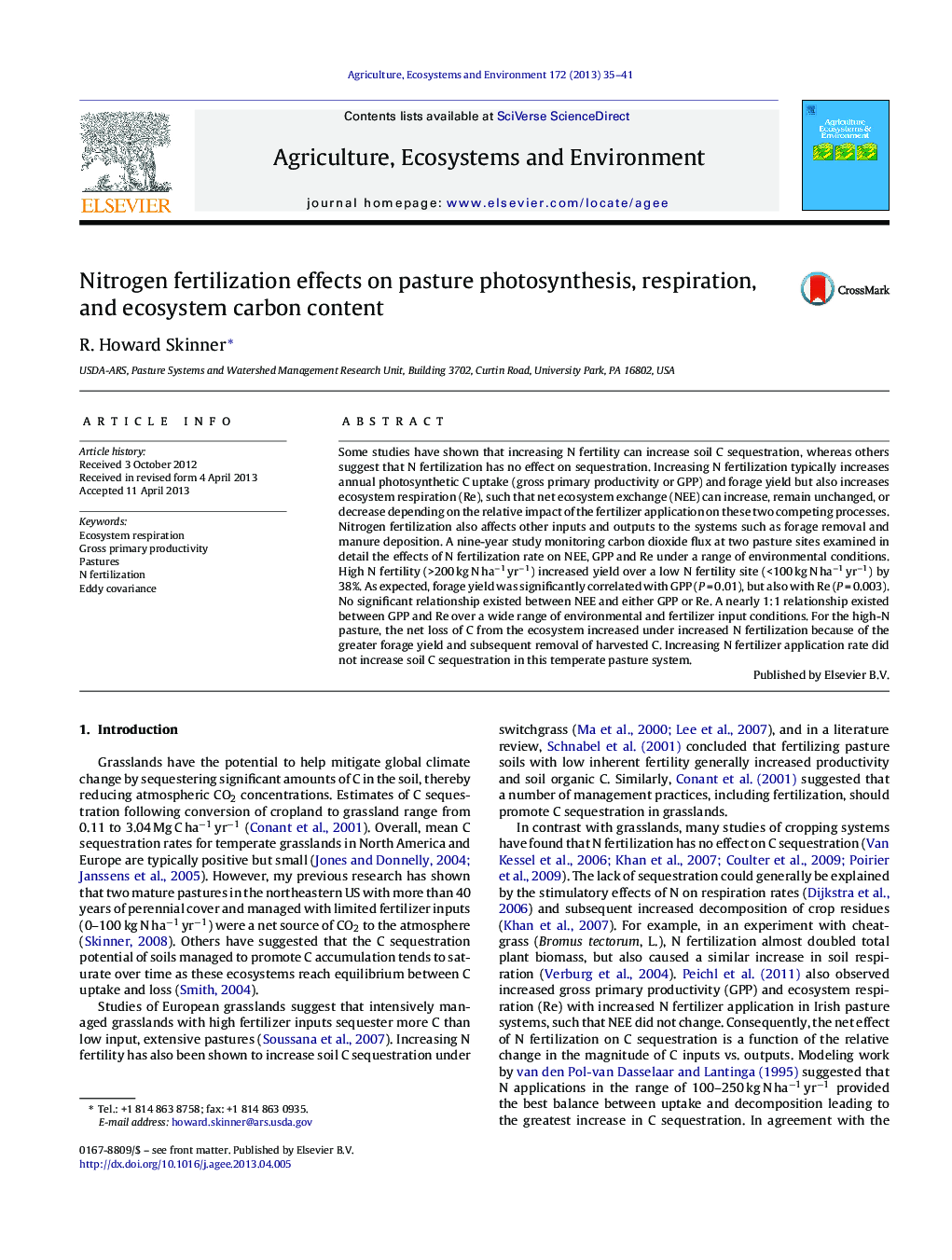 Some studies have shown that increasing N fertility can increase soil C sequestration, whereas others suggest that N fertilization has no effect on sequestration. Increasing N fertilization typically increases annual photosynthetic C uptake (gross primary productivity or GPP) and forage yield but also increases ecosystem respiration (Re), such that net ecosystem exchange (NEE) can increase, remain unchanged, or decrease depending on the relative impact of the fertilizer application on these two competing processes. Nitrogen fertilization also affects other inputs and outputs to the systems such as forage removal and manure deposition. A nine-year study monitoring carbon dioxide flux at two pasture sites examined in detail the effects of N fertilization rate on NEE, GPP and Re under a range of environmental conditions. High N fertility (>200 kg N ha−1 yr−1) increased yield over a low N fertility site (<100 kg N ha−1 yr−1) by 38%. As expected, forage yield was significantly correlated with GPP (P = 0.01), but also with Re (P = 0.003). No significant relationship existed between NEE and either GPP or Re. A nearly 1:1 relationship existed between GPP and Re over a wide range of environmental and fertilizer input conditions. For the high-N pasture, the net loss of C from the ecosystem increased under increased N fertilization because of the greater forage yield and subsequent removal of harvested C. Increasing N fertilizer application rate did not increase soil C sequestration in this temperate pasture system.