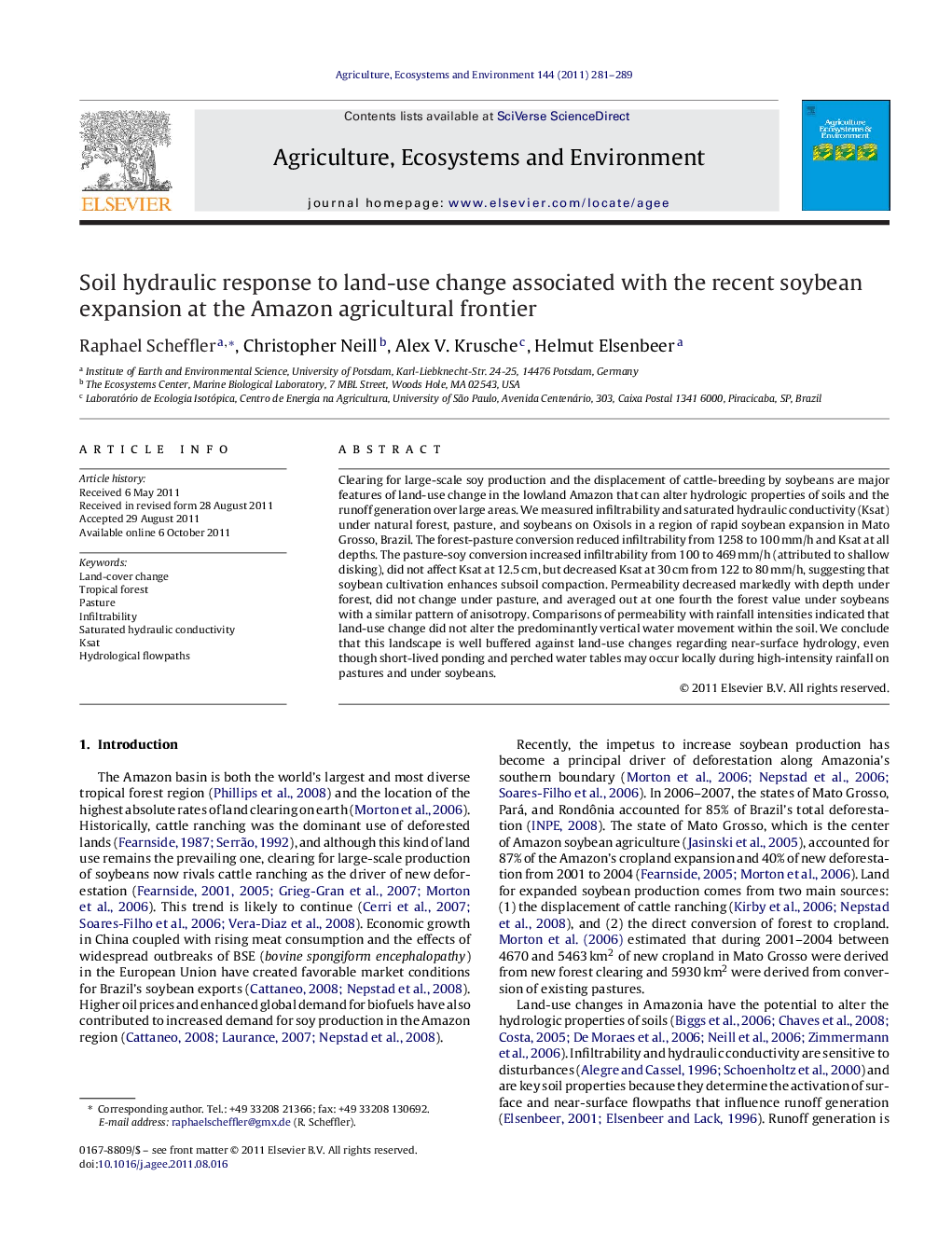 Clearing for large-scale soy production and the displacement of cattle-breeding by soybeans are major features of land-use change in the lowland Amazon that can alter hydrologic properties of soils and the runoff generation over large areas. We measured infiltrability and saturated hydraulic conductivity (Ksat) under natural forest, pasture, and soybeans on Oxisols in a region of rapid soybean expansion in Mato Grosso, Brazil. The forest-pasture conversion reduced infiltrability from 1258 to 100 mm/h and Ksat at all depths. The pasture-soy conversion increased infiltrability from 100 to 469 mm/h (attributed to shallow disking), did not affect Ksat at 12.5 cm, but decreased Ksat at 30 cm from 122 to 80 mm/h, suggesting that soybean cultivation enhances subsoil compaction. Permeability decreased markedly with depth under forest, did not change under pasture, and averaged out at one fourth the forest value under soybeans with a similar pattern of anisotropy. Comparisons of permeability with rainfall intensities indicated that land-use change did not alter the predominantly vertical water movement within the soil. We conclude that this landscape is well buffered against land-use changes regarding near-surface hydrology, even though short-lived ponding and perched water tables may occur locally during high-intensity rainfall on pastures and under soybeans.