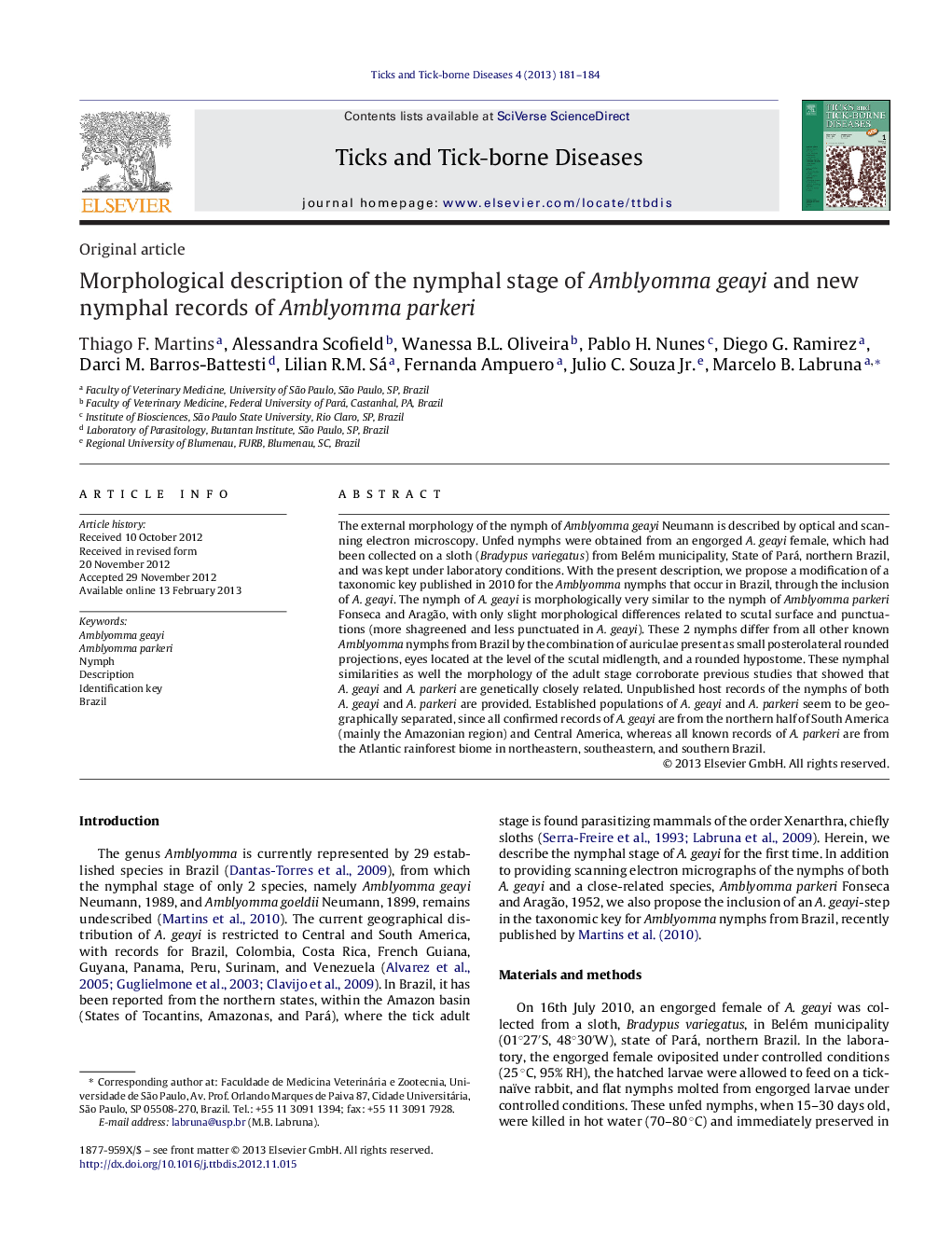 The external morphology of the nymph of Amblyomma geayi Neumann is described by optical and scanning electron microscopy. Unfed nymphs were obtained from an engorged A. geayi female, which had been collected on a sloth (Bradypus variegatus) from Belém municipality, State of Pará, northern Brazil, and was kept under laboratory conditions. With the present description, we propose a modification of a taxonomic key published in 2010 for the Amblyomma nymphs that occur in Brazil, through the inclusion of A. geayi. The nymph of A. geayi is morphologically very similar to the nymph of Amblyomma parkeri Fonseca and Aragão, with only slight morphological differences related to scutal surface and punctuations (more shagreened and less punctuated in A. geayi). These 2 nymphs differ from all other known Amblyomma nymphs from Brazil by the combination of auriculae present as small posterolateral rounded projections, eyes located at the level of the scutal midlength, and a rounded hypostome. These nymphal similarities as well the morphology of the adult stage corroborate previous studies that showed that A. geayi and A. parkeri are genetically closely related. Unpublished host records of the nymphs of both A. geayi and A. parkeri are provided. Established populations of A. geayi and A. parkeri seem to be geographically separated, since all confirmed records of A. geayi are from the northern half of South America (mainly the Amazonian region) and Central America, whereas all known records of A. parkeri are from the Atlantic rainforest biome in northeastern, southeastern, and southern Brazil.