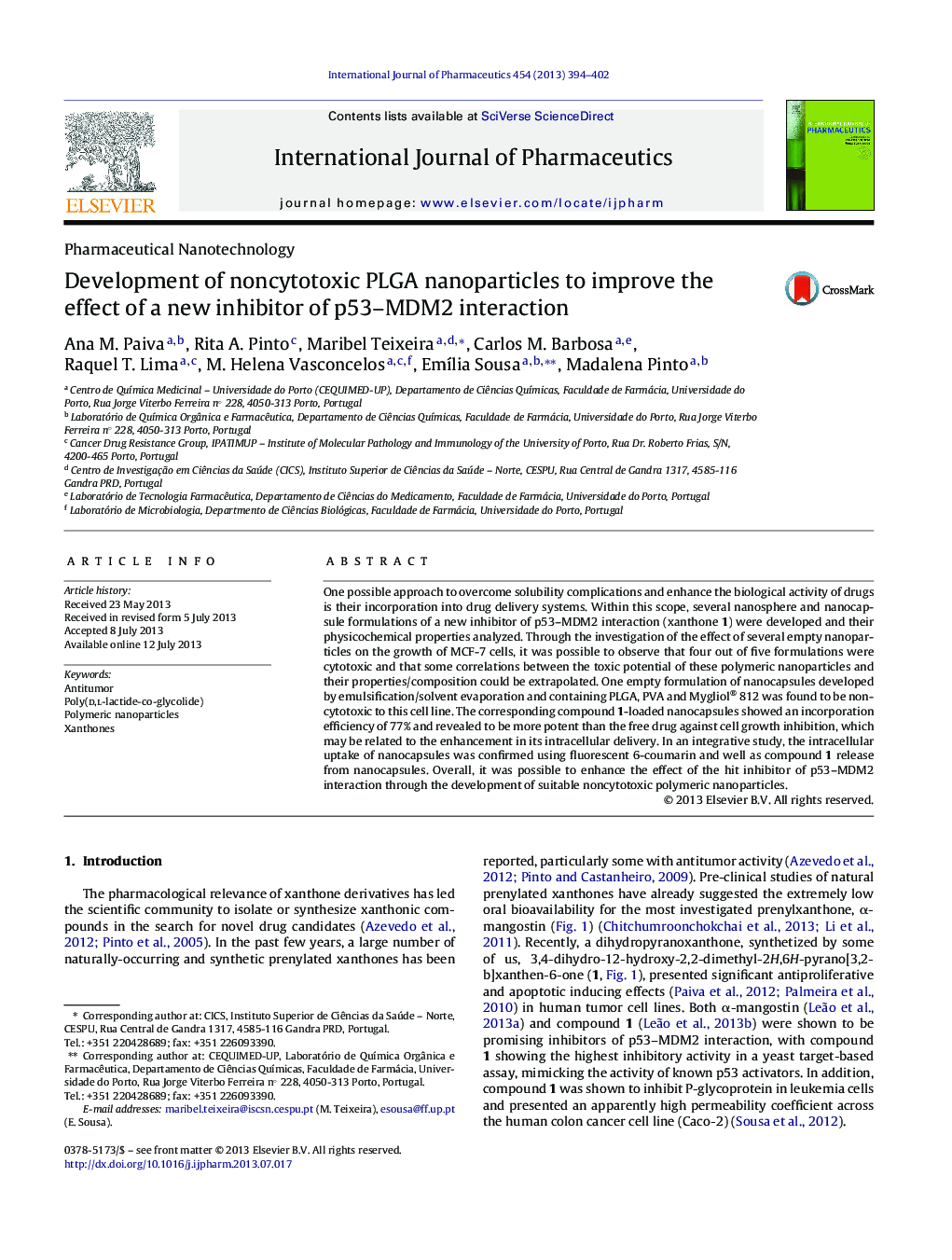 One possible approach to overcome solubility complications and enhance the biological activity of drugs is their incorporation into drug delivery systems. Within this scope, several nanosphere and nanocapsule formulations of a new inhibitor of p53–MDM2 interaction (xanthone 1) were developed and their physicochemical properties analyzed. Through the investigation of the effect of several empty nanoparticles on the growth of MCF-7 cells, it was possible to observe that four out of five formulations were cytotoxic and that some correlations between the toxic potential of these polymeric nanoparticles and their properties/composition could be extrapolated. One empty formulation of nanocapsules developed by emulsification/solvent evaporation and containing PLGA, PVA and Mygliol® 812 was found to be noncytotoxic to this cell line. The corresponding compound 1-loaded nanocapsules showed an incorporation efficiency of 77% and revealed to be more potent than the free drug against cell growth inhibition, which may be related to the enhancement in its intracellular delivery. In an integrative study, the intracellular uptake of nanocapsules was confirmed using fluorescent 6-coumarin and well as compound 1 release from nanocapsules. Overall, it was possible to enhance the effect of the hit inhibitor of p53–MDM2 interaction through the development of suitable noncytotoxic polymeric nanoparticles.