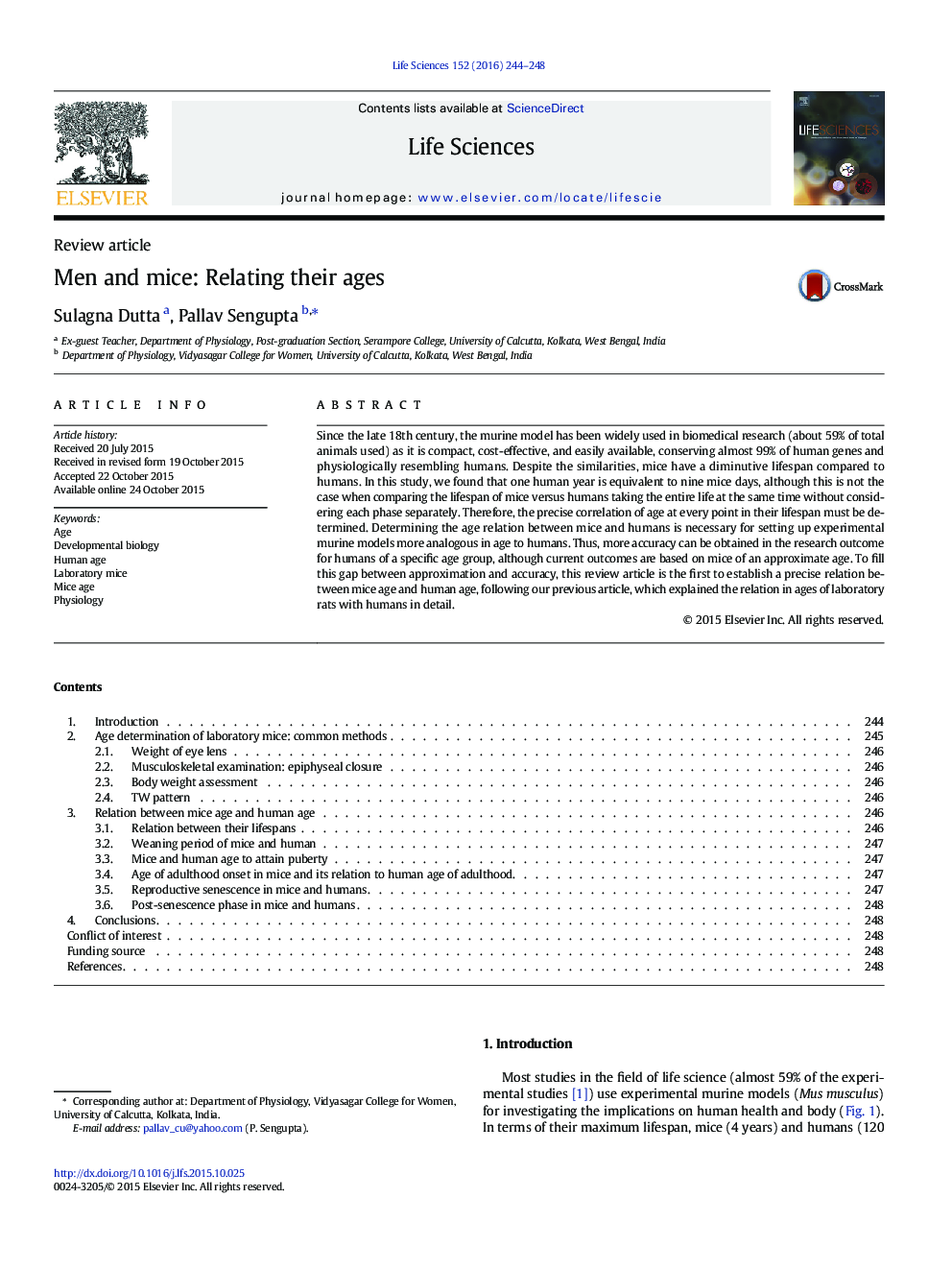 Since the late 18th century, the murine model has been widely used in biomedical research (about 59% of total animals used) as it is compact, cost-effective, and easily available, conserving almost 99% of human genes and physiologically resembling humans. Despite the similarities, mice have a diminutive lifespan compared to humans. In this study, we found that one human year is equivalent to nine mice days, although this is not the case when comparing the lifespan of mice versus humans taking the entire life at the same time without considering each phase separately. Therefore, the precise correlation of age at every point in their lifespan must be determined. Determining the age relation between mice and humans is necessary for setting up experimental murine models more analogous in age to humans. Thus, more accuracy can be obtained in the research outcome for humans of a specific age group, although current outcomes are based on mice of an approximate age. To fill this gap between approximation and accuracy, this review article is the first to establish a precise relation between mice age and human age, following our previous article, which explained the relation in ages of laboratory rats with humans in detail.