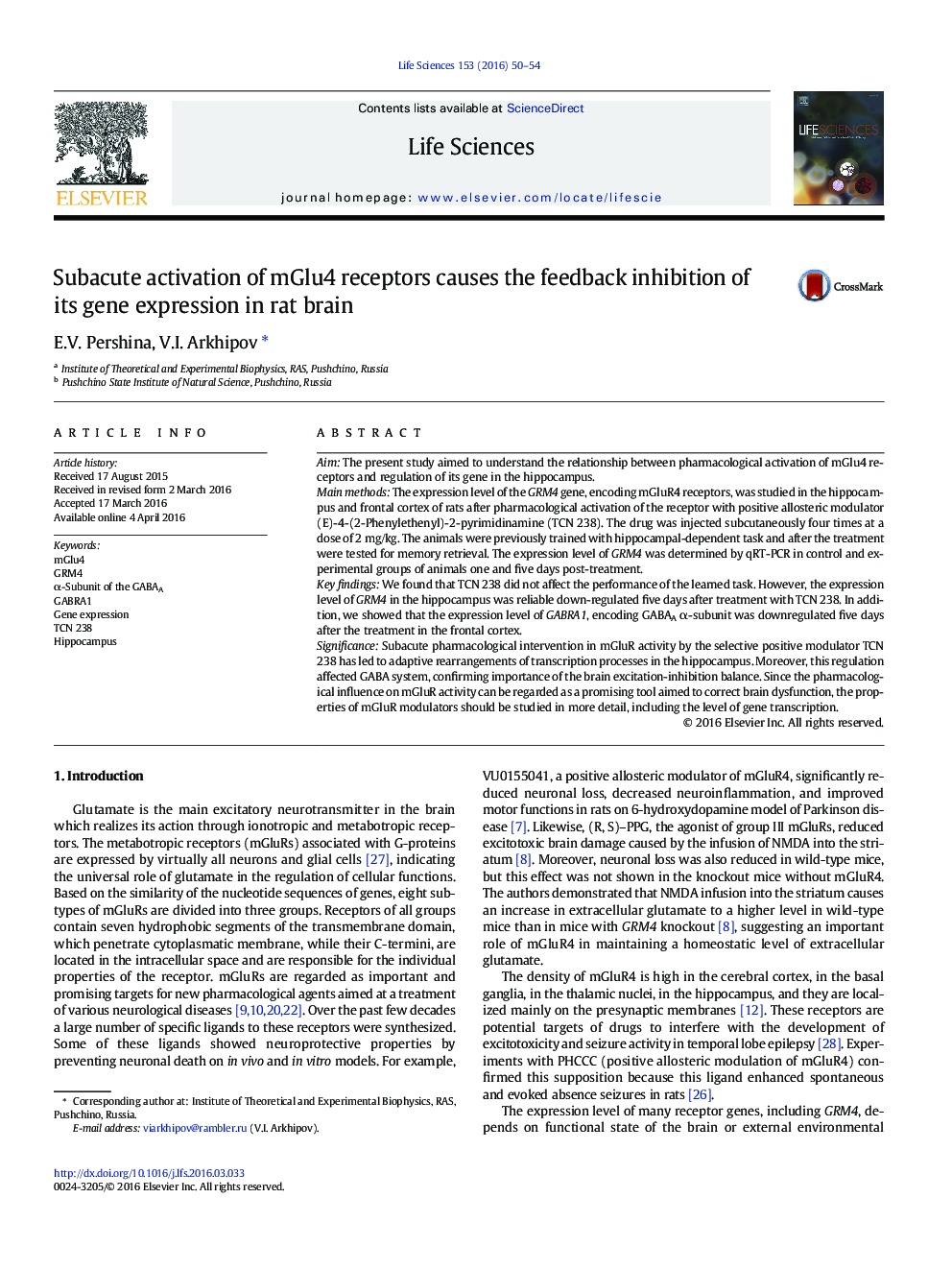 AimThe present study aimed to understand the relationship between pharmacological activation of mGlu4 receptors and regulation of its gene in the hippocampus.Main methodsThe expression level of the GRM4 gene, encoding mGluR4 receptors, was studied in the hippocampus and frontal cortex of rats after pharmacological activation of the receptor with positive allosteric modulator (E)-4-(2-Phenylethenyl)-2-pyrimidinamine (TCN 238). The drug was injected subcutaneously four times at a dose of 2 mg/kg. The animals were previously trained with hippocampal-dependent task and after the treatment were tested for memory retrieval. The expression level of GRM4 was determined by qRT-PCR in control and experimental groups of animals one and five days post-treatment.Key findingsWe found that TCN 238 did not affect the performance of the learned task. However, the expression level of GRM4 in the hippocampus was reliable down-regulated five days after treatment with TCN 238. In addition, we showed that the expression level of GABRA1, encoding GABAA α-subunit was downregulated five days after the treatment in the frontal cortex.SignificanceSubacute pharmacological intervention in mGluR activity by the selective positive modulator TCN 238 has led to adaptive rearrangements of transcription processes in the hippocampus. Moreover, this regulation affected GABA system, confirming importance of the brain excitation-inhibition balance. Since the pharmacological influence on mGluR activity can be regarded as a promising tool aimed to correct brain dysfunction, the properties of mGluR modulators should be studied in more detail, including the level of gene transcription.