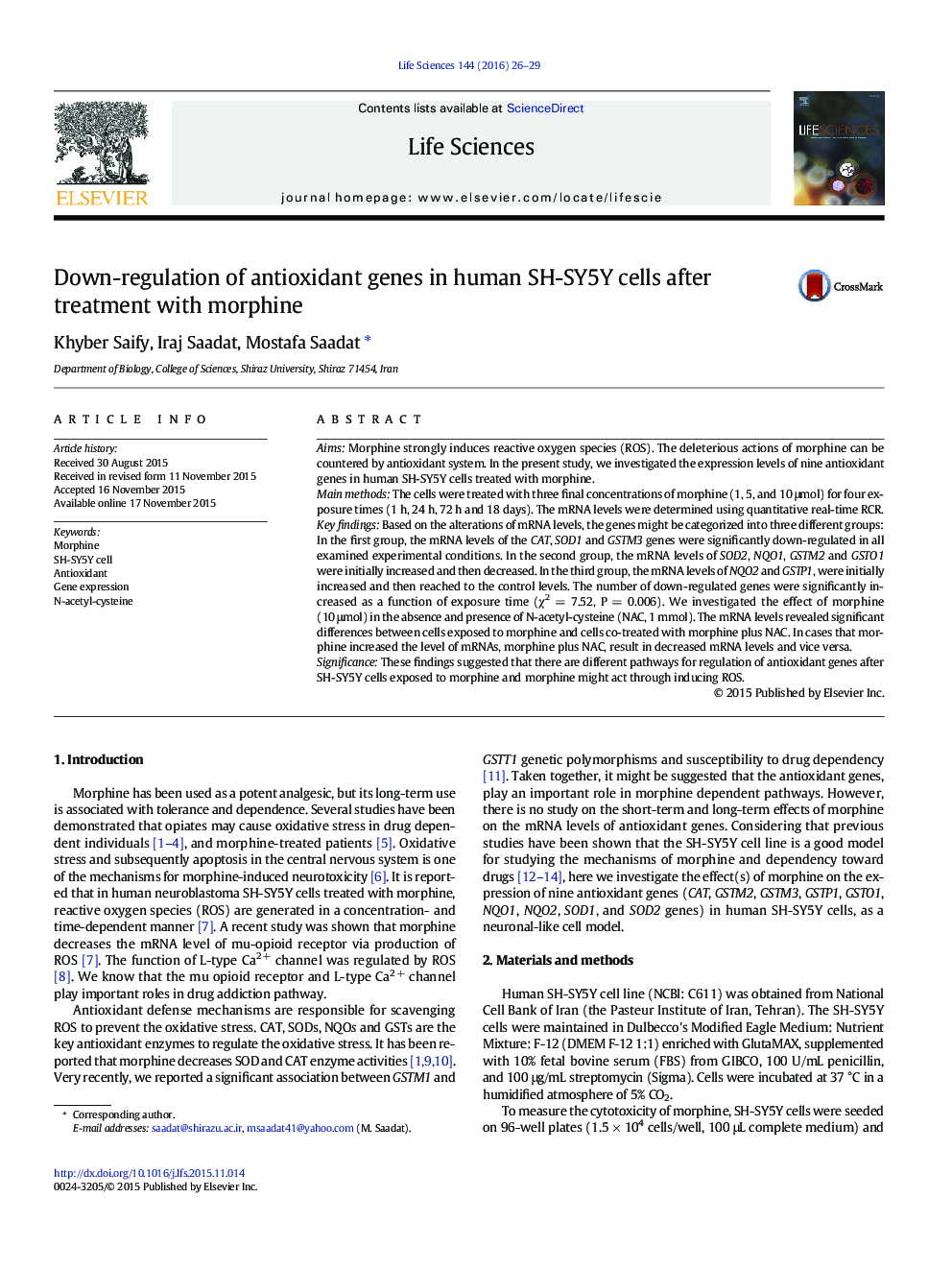 AimsMorphine strongly induces reactive oxygen species (ROS). The deleterious actions of morphine can be countered by antioxidant system. In the present study, we investigated the expression levels of nine antioxidant genes in human SH-SY5Y cells treated with morphine.Main methodsThe cells were treated with three final concentrations of morphine (1, 5, and 10 μmol) for four exposure times (1 h, 24 h, 72 h and 18 days). The mRNA levels were determined using quantitative real-time RCR.Key findingsBased on the alterations of mRNA levels, the genes might be categorized into three different groups: In the first group, the mRNA levels of the CAT, SOD1 and GSTM3 genes were significantly down-regulated in all examined experimental conditions. In the second group, the mRNA levels of SOD2, NQO1, GSTM2 and GSTO1 were initially increased and then decreased. In the third group, the mRNA levels of NQO2 and GSTP1, were initially increased and then reached to the control levels. The number of down-regulated genes were significantly increased as a function of exposure time (χ2 = 7.52, P = 0.006). We investigated the effect of morphine (10 μmol) in the absence and presence of N-acetyl-cysteine (NAC, 1 mmol). The mRNA levels revealed significant differences between cells exposed to morphine and cells co-treated with morphine plus NAC. In cases that morphine increased the level of mRNAs, morphine plus NAC, result in decreased mRNA levels and vice versa.SignificanceThese findings suggested that there are different pathways for regulation of antioxidant genes after SH-SY5Y cells exposed to morphine and morphine might act through inducing ROS.