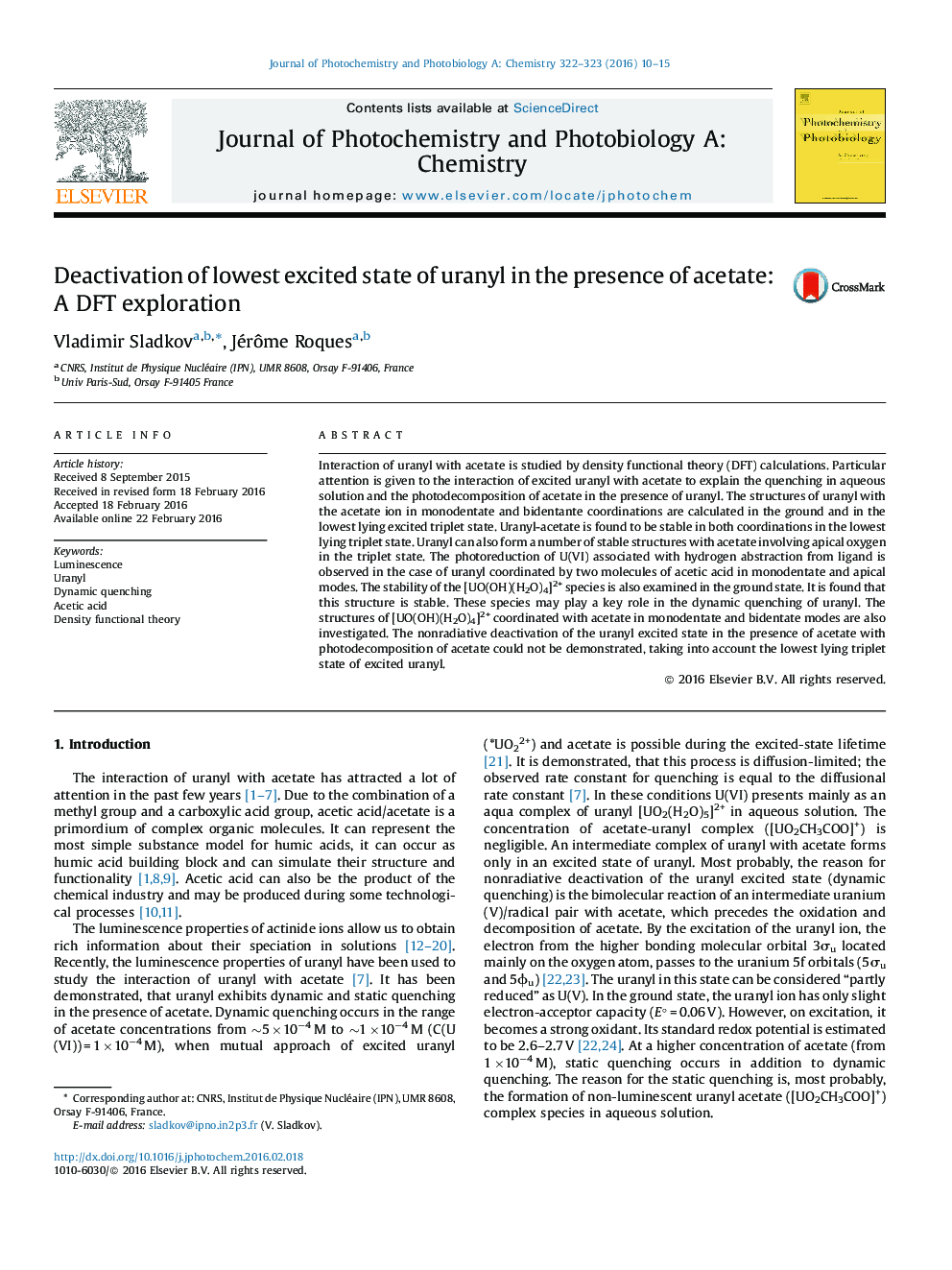 Interaction of uranyl with acetate is studied by density functional theory (DFT) calculations. Particular attention is given to the interaction of excited uranyl with acetate to explain the quenching in aqueous solution and the photodecomposition of acetate in the presence of uranyl. The structures of uranyl with the acetate ion in monodentate and bidentante coordinations are calculated in the ground and in the lowest lying excited triplet state. Uranyl-acetate is found to be stable in both coordinations in the lowest lying triplet state. Uranyl can also form a number of stable structures with acetate involving apical oxygen in the triplet state. The photoreduction of U(VI) associated with hydrogen abstraction from ligand is observed in the case of uranyl coordinated by two molecules of acetic acid in monodentate and apical modes. The stability of the [UO(OH)(H2O)4]2+ species is also examined in the ground state. It is found that this structure is stable. These species may play a key role in the dynamic quenching of uranyl. The structures of [UO(OH)(H2O)4]2+ coordinated with acetate in monodentate and bidentate modes are also investigated. The nonradiative deactivation of the uranyl excited state in the presence of acetate with photodecomposition of acetate could not be demonstrated, taking into account the lowest lying triplet state of excited uranyl.