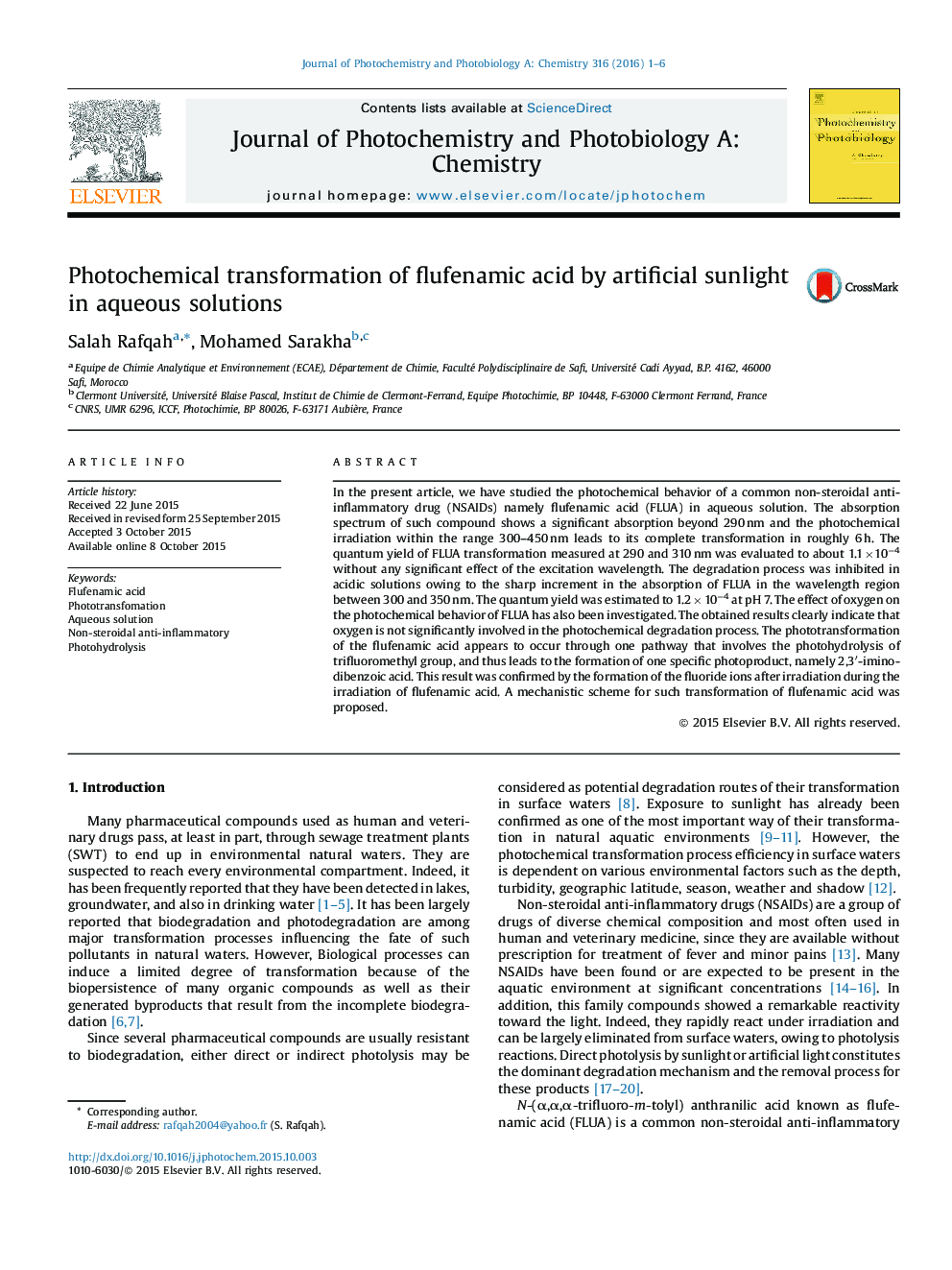 In the present article, we have studied the photochemical behavior of a common non-steroidal anti-inflammatory drug (NSAIDs) namely flufenamic acid (FLUA) in aqueous solution. The absorption spectrum of such compound shows a significant absorption beyond 290 nm and the photochemical irradiation within the range 300–450 nm leads to its complete transformation in roughly 6 h. The quantum yield of FLUA transformation measured at 290 and 310 nm was evaluated to about 1.1 × 10−4 without any significant effect of the excitation wavelength. The degradation process was inhibited in acidic solutions owing to the sharp increment in the absorption of FLUA in the wavelength region between 300 and 350 nm. The quantum yield was estimated to 1.2 × 10−4 at pH 7. The effect of oxygen on the photochemical behavior of FLUA has also been investigated. The obtained results clearly indicate that oxygen is not significantly involved in the photochemical degradation process. The phototransformation of the flufenamic acid appears to occur through one pathway that involves the photohydrolysis of trifluoromethyl group, and thus leads to the formation of one specific photoproduct, namely 2,3′-imino-dibenzoic acid. This result was confirmed by the formation of the fluoride ions after irradiation during the irradiation of flufenamic acid. A mechanistic scheme for such transformation of flufenamic acid was proposed.