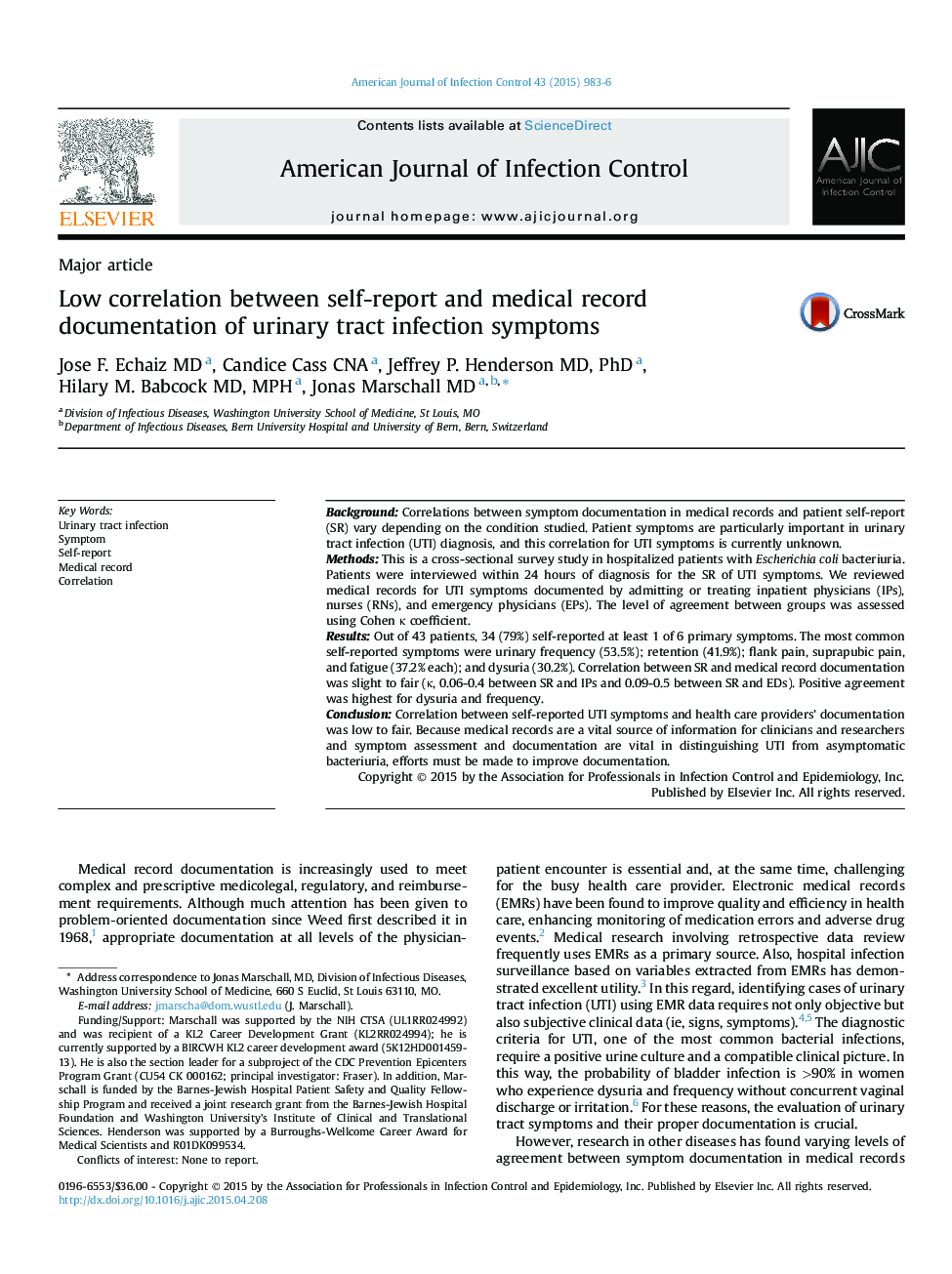 BackgroundCorrelations between symptom documentation in medical records and patient self-report (SR) vary depending on the condition studied. Patient symptoms are particularly important in urinary tract infection (UTI) diagnosis, and this correlation for UTI symptoms is currently unknown.MethodsThis is a cross-sectional survey study in hospitalized patients with Escherichia coli bacteriuria. Patients were interviewed within 24 hours of diagnosis for the SR of UTI symptoms. We reviewed medical records for UTI symptoms documented by admitting or treating inpatient physicians (IPs), nurses (RNs), and emergency physicians (EPs). The level of agreement between groups was assessed using Cohen κ coefficient.ResultsOut of 43 patients, 34 (79%) self-reported at least 1 of 6 primary symptoms. The most common self-reported symptoms were urinary frequency (53.5%); retention (41.9%); flank pain, suprapubic pain, and fatigue (37.2% each); and dysuria (30.2%). Correlation between SR and medical record documentation was slight to fair (κ, 0.06-0.4 between SR and IPs and 0.09-0.5 between SR and EDs). Positive agreement was highest for dysuria and frequency.ConclusionCorrelation between self-reported UTI symptoms and health care providers' documentation was low to fair. Because medical records are a vital source of information for clinicians and researchers and symptom assessment and documentation are vital in distinguishing UTI from asymptomatic bacteriuria, efforts must be made to improve documentation.