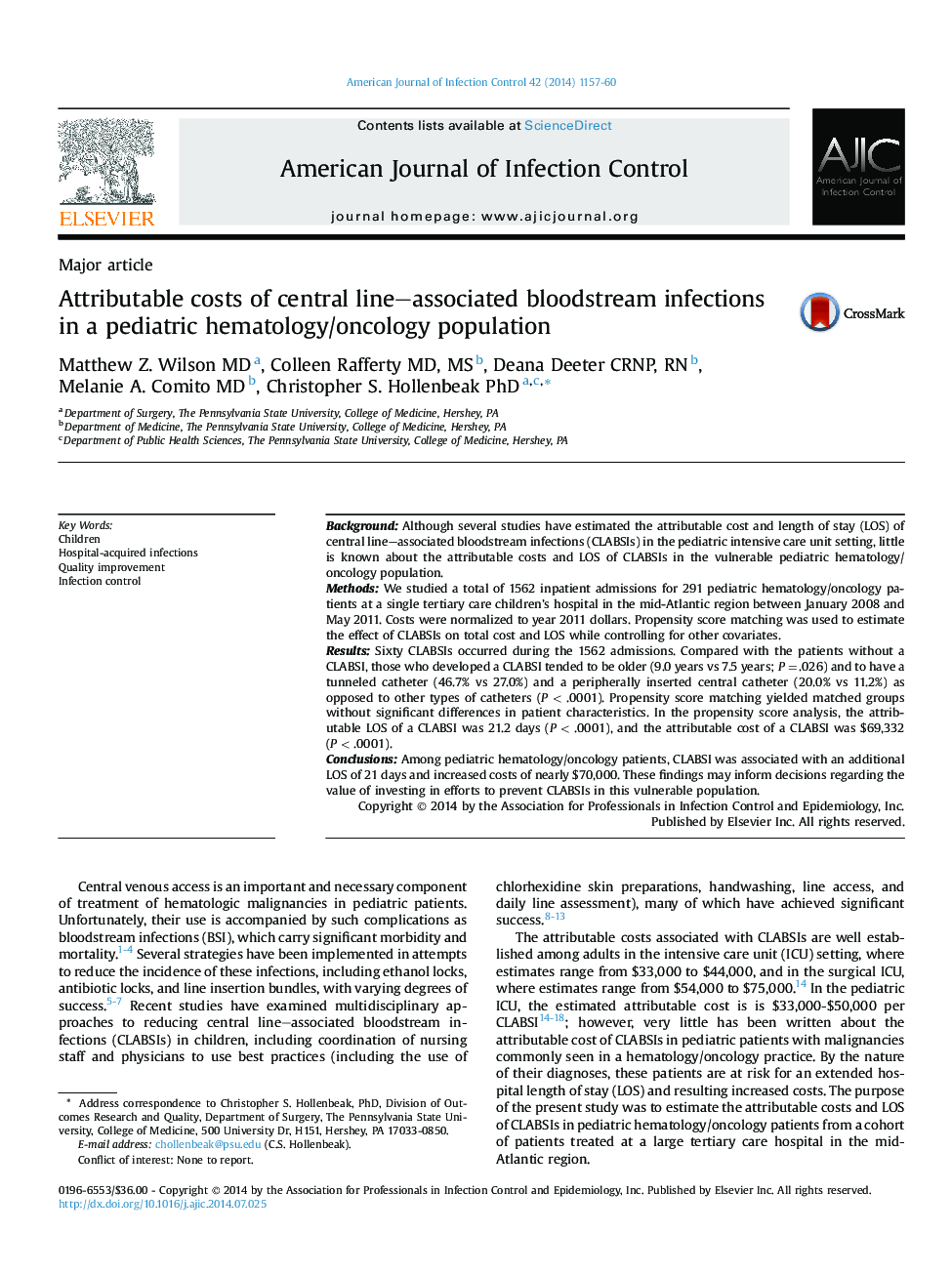 BackgroundAlthough several studies have estimated the attributable cost and length of stay (LOS) of central line–associated bloodstream infections (CLABSIs) in the pediatric intensive care unit setting, little is known about the attributable costs and LOS of CLABSIs in the vulnerable pediatric hematology/oncology population.MethodsWe studied a total of 1562 inpatient admissions for 291 pediatric hematology/oncology patients at a single tertiary care children's hospital in the mid-Atlantic region between January 2008 and May 2011. Costs were normalized to year 2011 dollars. Propensity score matching was used to estimate the effect of CLABSIs on total cost and LOS while controlling for other covariates.ResultsSixty CLABSIs occurred during the 1562 admissions. Compared with the patients without a CLABSI, those who developed a CLABSI tended to be older (9.0 years vs 7.5 years; P = .026) and to have a tunneled catheter (46.7% vs 27.0%) and a peripherally inserted central catheter (20.0% vs 11.2%) as opposed to other types of catheters (P < .0001). Propensity score matching yielded matched groups without significant differences in patient characteristics. In the propensity score analysis, the attributable LOS of a CLABSI was 21.2 days (P < .0001), and the attributable cost of a CLABSI was $69,332 (P < .0001).ConclusionsAmong pediatric hematology/oncology patients, CLABSI was associated with an additional LOS of 21 days and increased costs of nearly $70,000. These findings may inform decisions regarding the value of investing in efforts to prevent CLABSIs in this vulnerable population.