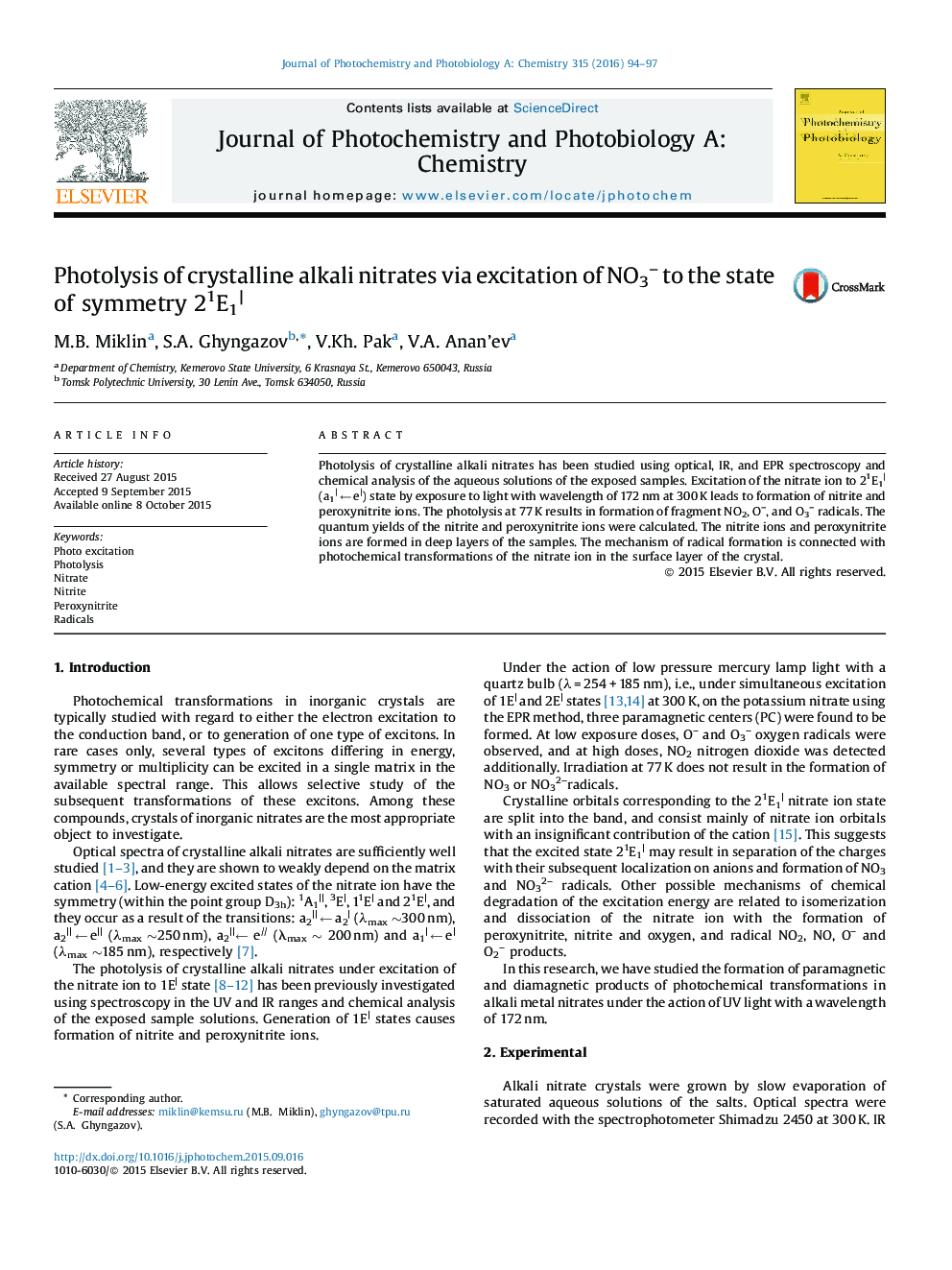 • We studied photochemical transformations in alkali metal nitrates under the action of UV light with a wavelength of 172 nm.
• Photolysis at 77 K exhibits the formation of fragment NO2, O– and O3– radicals.
• The formation of radical products on the regular nitrate ion was not observed under photolysis both at 300 K and at 77 K.