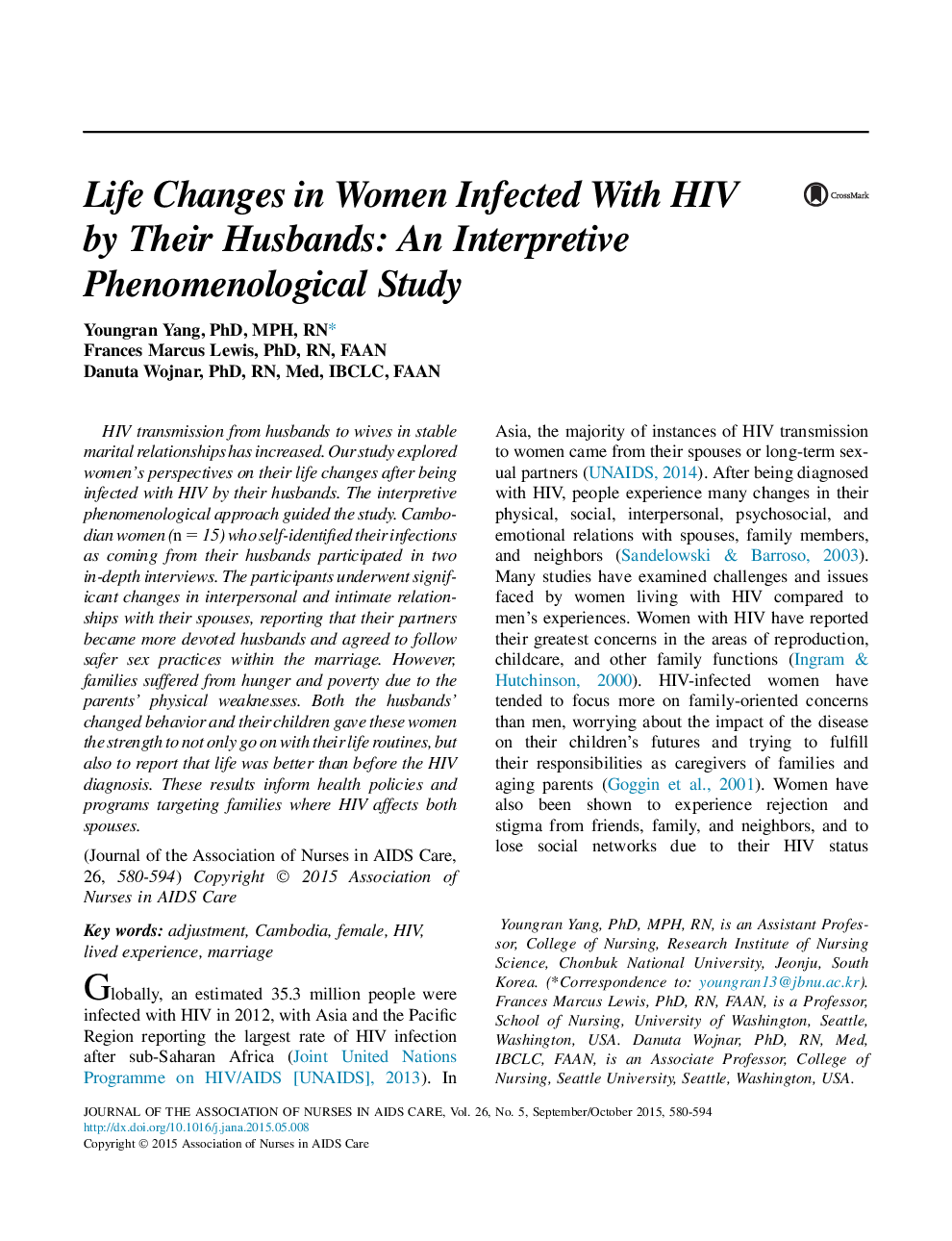 HIV transmission from husbands to wives in stable marital relationships has increased. Our study explored women's perspectives on their life changes after being infected with HIV by their husbands. The interpretive phenomenological approach guided the study. Cambodian women (n = 15) who self-identified their infections as coming from their husbands participated in two in-depth interviews. The participants underwent significant changes in interpersonal and intimate relationships with their spouses, reporting that their partners became more devoted husbands and agreed to follow safer sex practices within the marriage. However, families suffered from hunger and poverty due to the parents' physical weaknesses. Both the husbands' changed behavior and their children gave these women the strength to not only go on with their life routines, but also to report that life was better than before the HIV diagnosis. These results inform health policies and programs targeting families where HIV affects both spouses.