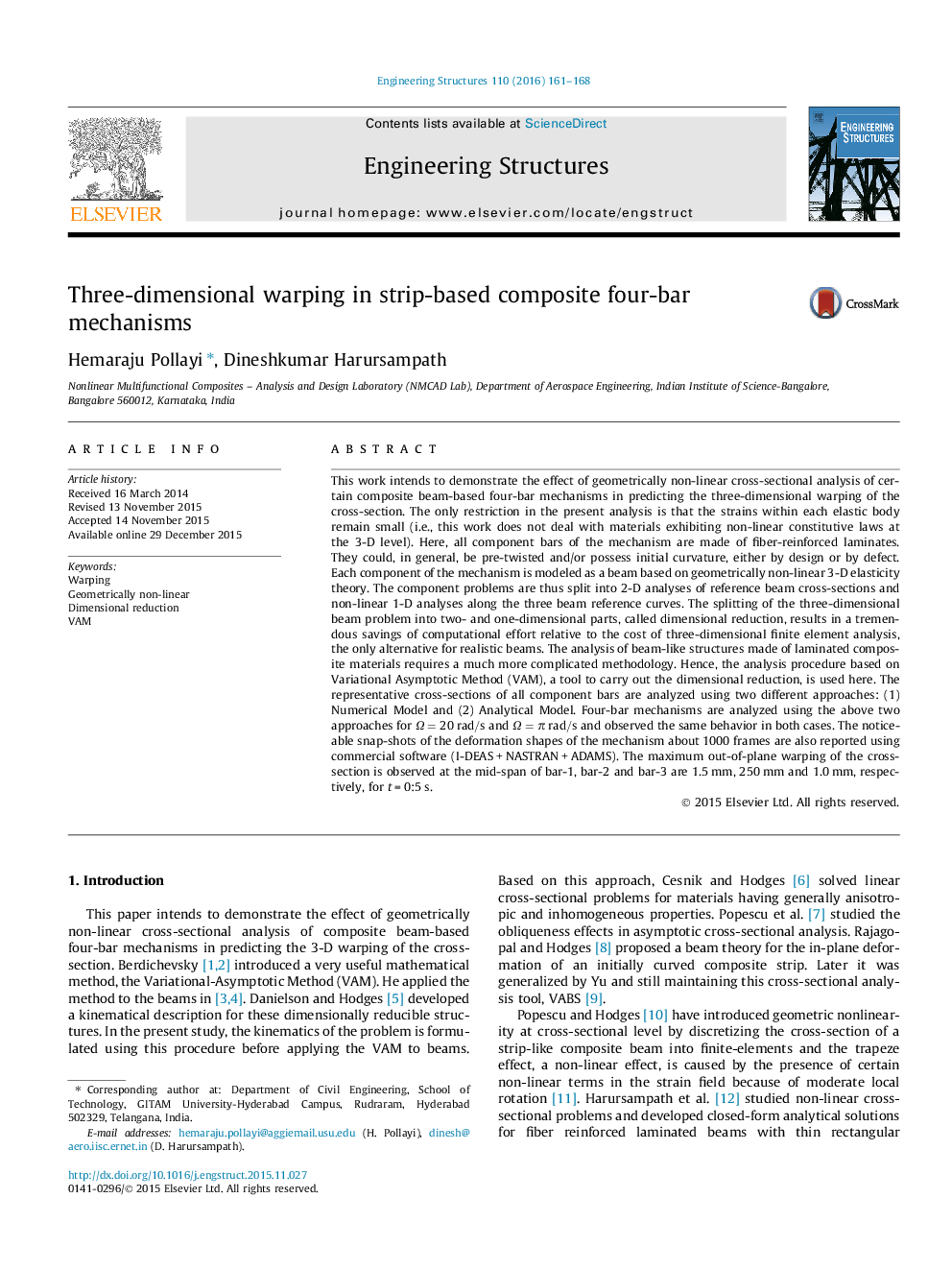 This work intends to demonstrate the effect of geometrically non-linear cross-sectional analysis of certain composite beam-based four-bar mechanisms in predicting the three-dimensional warping of the cross-section. The only restriction in the present analysis is that the strains within each elastic body remain small (i.e., this work does not deal with materials exhibiting non-linear constitutive laws at the 3-D level). Here, all component bars of the mechanism are made of fiber-reinforced laminates. They could, in general, be pre-twisted and/or possess initial curvature, either by design or by defect. Each component of the mechanism is modeled as a beam based on geometrically non-linear 3-D elasticity theory. The component problems are thus split into 2-D analyses of reference beam cross-sections and non-linear 1-D analyses along the three beam reference curves. The splitting of the three-dimensional beam problem into two- and one-dimensional parts, called dimensional reduction, results in a tremendous savings of computational effort relative to the cost of three-dimensional finite element analysis, the only alternative for realistic beams. The analysis of beam-like structures made of laminated composite materials requires a much more complicated methodology. Hence, the analysis procedure based on Variational Asymptotic Method (VAM), a tool to carry out the dimensional reduction, is used here. The representative cross-sections of all component bars are analyzed using two different approaches: (1) Numerical Model and (2) Analytical Model. Four-bar mechanisms are analyzed using the above two approaches for Ω=20rad/s and Ω=πrad/s and observed the same behavior in both cases. The noticeable snap-shots of the deformation shapes of the mechanism about 1000 frames are also reported using commercial software (I-DEAS + NASTRAN + ADAMS). The maximum out-of-plane warping of the cross-section is observed at the mid-span of bar-1, bar-2 and bar-3 are 1.5 mm, 250 mm and 1.0 mm, respectively, for t = 0:5 s.